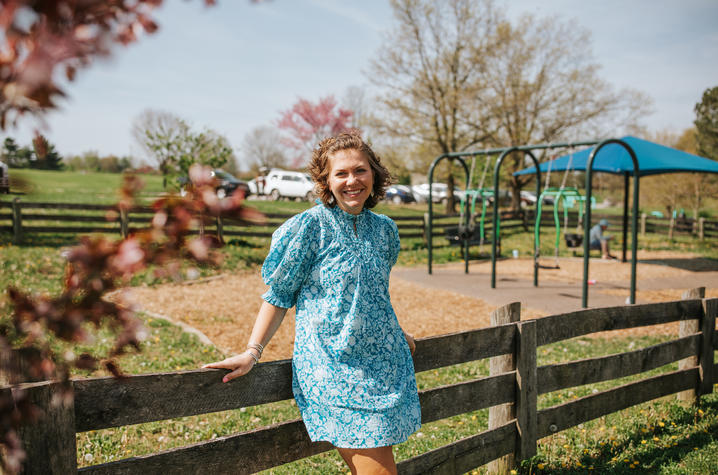 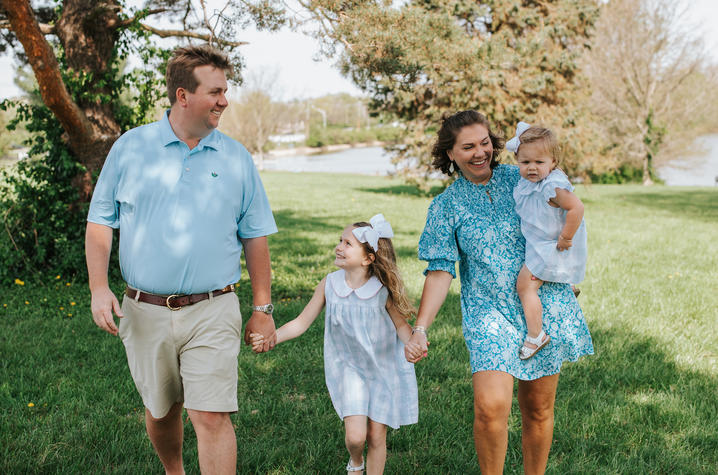 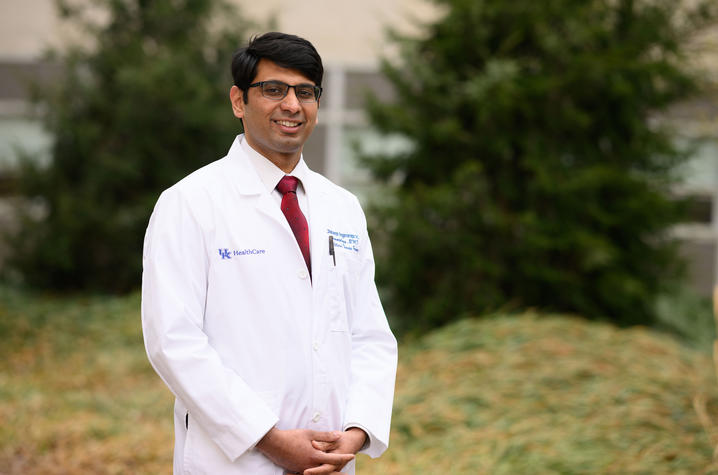 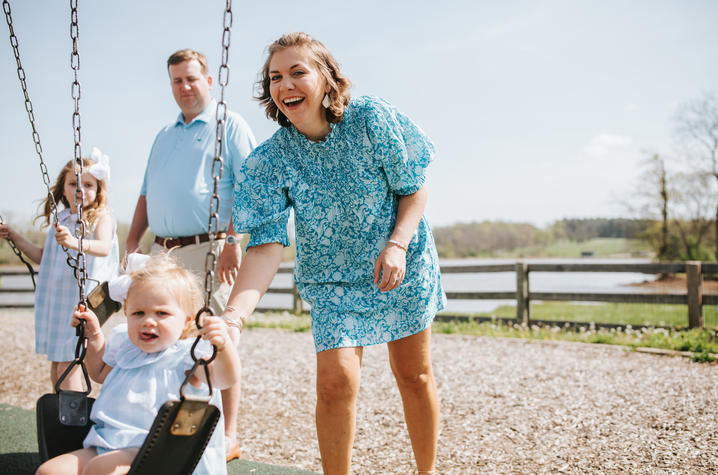 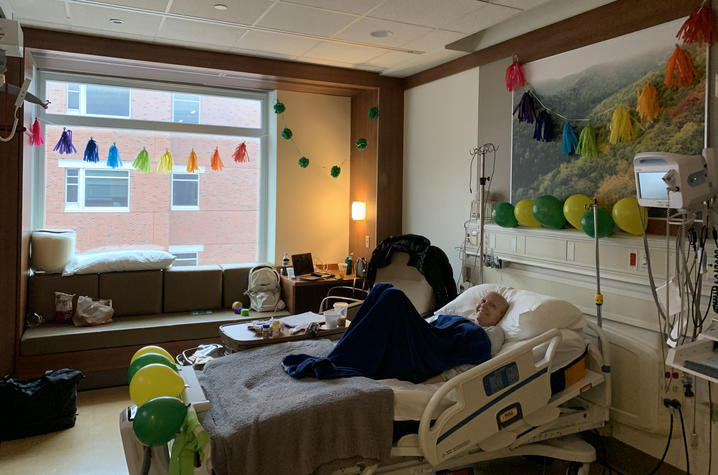 After giving birth to a healthy baby girl Aug. 21, 2020, Lexington resident Anne Sydney Parrish was ready for the joys and challenges that come with adjusting to life with a newborn.

Then, Parrish’s world was turned upside down in a way she could have never imagined.

A day after having her daughter, Parrish noticed abdominal pain but figured it was an expected side effect. After all, she’d just had a cesarean section.

But day after day, the pain continued. And worsened.

“I thought it was maybe gas or heartburn, and I took over-the-counter medications, but nothing really helped,” Parrish said. “It would almost be okay one day, and then the next the pain would be back.”

After one particularly bad morning, Parrish realized the pain wasn’t a normal part of postpartum recovery. Something wasn’t right.

Her brother-in-law, an ER doctor, insisted she go to the emergency room for a CT scan. The scan showed a bowel obstruction and Parrish underwent emergency surgery the next morning to remove the mass from her colon.

Five days later the 33-year-old was diagnosed with Burkitt lymphoma, a rare type of blood cancer.

As a physician assistant, Parrish says she’d heard of Burkitt lymphoma, but didn’t know details of the diagnosis because it was so uncommon. And like many other patients, she couldn't keep herself from looking to the internet for more answers.

“The first things I read online were that ‘it's rare and very aggressive,’” Parrish said. “And so I’m thinking I'm going to die.”

Burkitt lymphoma is a fast-growing cancer and can be rapidly fatal if left untreated. Parrish needed to act fast.

Hours after her diagnosis, she and her husband were in an appointment at the UK HealthCare Markey Cancer Center, developing a plan for treatment. She had a positron emission tomography (PET) scan, which showed her lymphoma was stage 4, and it had spread throughout her abdomen.

Burkitt lymphoma is a type of b-cell lymphoma, a group of cancers that affect the immune system. Fast-growing b-cell lymphomas can be life-threatening because the toxins they release can damage vital organs and cause many other adverse effects. But when treated early and aggressively, outcomes for patients with Burkitt lymphoma are good, says Chaitanya Iragavarapu, M.D., a member of the Hematology and Blood & Marrow Transplant team at Markey, and who has been part of Parrish's larger care team throughout her treatment.

“With an exceptionally aggressive lymphoma in such an advanced stage, Mrs. Parrish needed to begin treatment immediately,” Iragavarapu said “The good news for Mrs. Parrish is that Burkitt lymphoma does have high rates of remission for patients that start treatment right away.”

Parrish was admitted to Markey’s inpatient unit on the 11th floor of the Albert B. Chandler Hospital, four days after her diagnosis and just four weeks after the birth of her daughter.

She stayed there for the next 15 days as she needed intensive chemotherapy treatments daily, requiring inpatient care.

For two weeks, she wasn’t able to hold her newborn, and it was also the longest she’d been away from her 4-year-old daughter. Parrish says the hospital stay was hard on her and her family, but also a blessing.

“UK was the only hospital in the area that had the ability to treat my type of lymphoma because it was aggressive and required inpatient chemotherapy,” Parrish said. “Living in Lexington, I was so thankful that this level of care was right in my backyard. I know there are so many people that drive hours to come to Markey.”

Family and friends rallied to support her. Parrish’s mother and mother-in-law moved in to help care for her and her daughters.

“I remember after I got out of the hospital the first time, I was too weak to really do anything, even put my daughter to bed at night. I'd just had two surgeries, I had a C-section and then a colon resection, so I was swollen and distended and I was in a lot of pain,” Parrish said. “Honestly, I was so sick for the first six months of the baby's life that I was afraid she wouldn’t know who I was. I was in bed most of the time.”

The chemo took an emotional and physical toll. But it was working.

Her last treatment was on Jan. 10, 2021. In February, she got the word that the cancer was in remission. Parrish says she was amazed that the treatment worked so well, and so quickly.

“It's like one of those things, where it was almost gone as quickly as it came on,” she said. “But gosh, my body went through so much in order to get the cancer to go away. But from the very beginning, I knew I was in good hands with the team at Markey. My doctors and nurses became like family.”

“Her primary oncologist and team at the time moved very, very quickly in terms of trying to get her started on the right chemotherapy combination,” said Iragavarapu. “And that essentially saved her life.”

Parrish’s latest scan shows no signs of cancer. Iragavarapu says Burkitt lymphoma, especially if it's responsive to chemotherapy, is unlikely to come back once in remission.

“Two years ago, my life changed in an instant. This experience just made me appreciate my health and my family a lot more than I did before,” Parrish said. “It's easy to get caught up in little things and in everyday life. It’s such a blessing to have my kids and my family.”