Markey's Dr. Avinash Bhakta, lead author on the study, talks about the findings of their research.

LEXINGTON, Ky. (Feb. 22, 2019) – A University of Kentucky study published in the Journal of the American College of Surgeons shows a direct link between the adoption of the Affordable Care Act (ACA) Medicaid expansion and the impact of colon cancer on Kentuckians.

In the study, researchers looked at statistics for screening, incidence and outcomes of colon cancer from the Kentucky Hospital Discharge Database in the Kentucky Cabinet for Health and Family Services and the Kentucky Cancer Registry. Pre-ACA Medicaid expansion (2011-2013) – where approximately 14 percent of Kentuckians were uninsured – was compared to post-ACA Medicaid Expansion (2014-16), where that number dropped to about six percent.

Kentucky has one of the highest rates of both colon cancer incidence (1st) and mortality (5th) in the nation. Colon cancer screening is an effective way to reduce these numbers, as screening can actually help prevent the disease by allowing doctors to find and remove pre-cancerous lesions before they become malignant. Kentucky has historically had poor colon cancer screening rates, though the state has seen great improvement in the past two decades due to massive public health efforts.

“Colorectal cancer is treatable, and it’s also preventable through appropriate screening,” said Dr. Avinash Bhakta, colorectal surgeon at the UK Markey Cancer Center and lead author on the study. ““The takeaway here is that screening does matter, and the expansion of Medicaid has increased usage of colon cancer screening for many Kentuckians who otherwise wouldn’t have had access.” 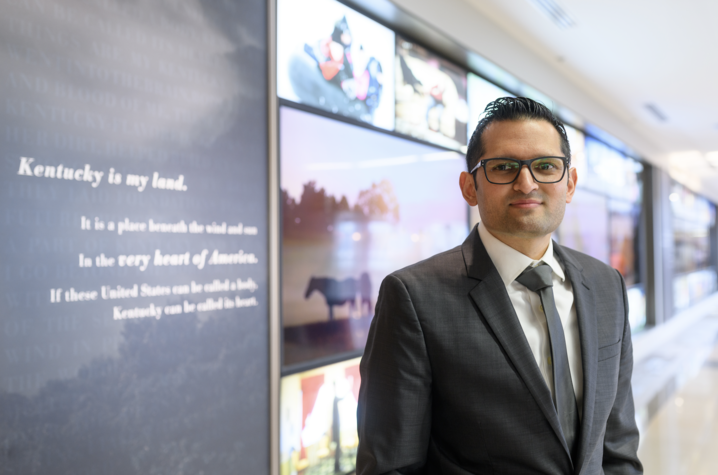 Dr. Avinash Bhakta, colorectal surgeon at the UK Markey Cancer Center, led the study focusing on the impact of the ACA Medicaid expansion on colorectal cancer in Kentucky.