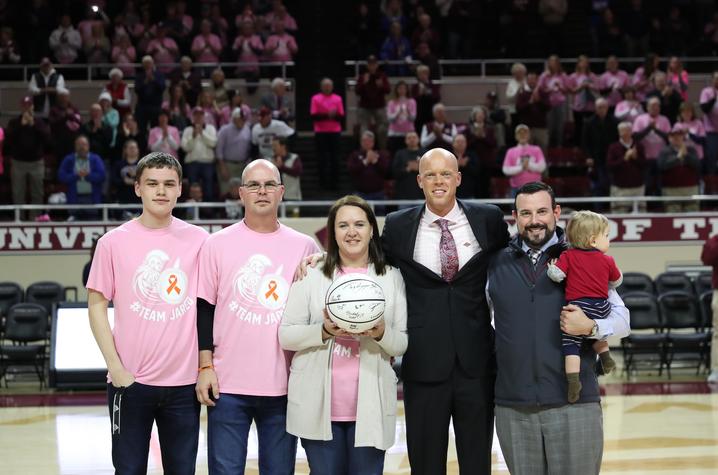 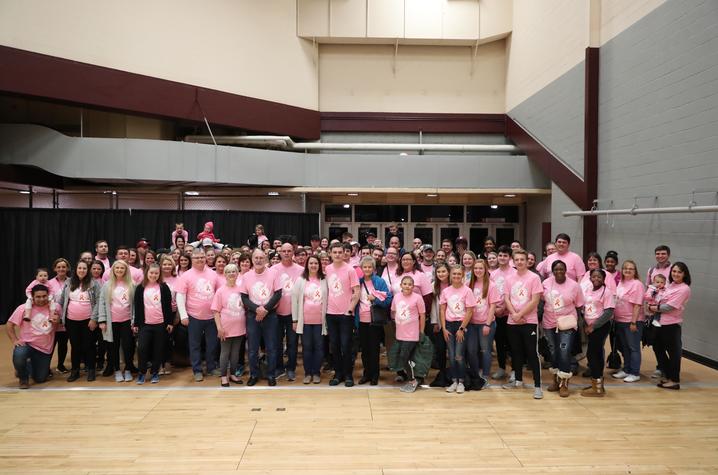 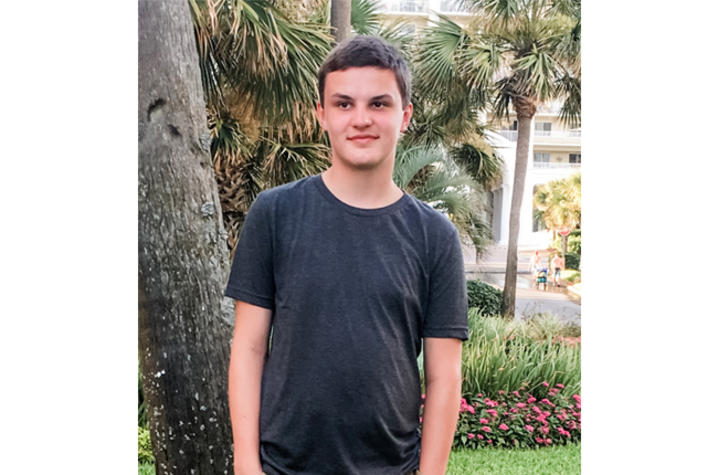 LEXINGTON, Ky. (Feb. 2, 2022) – Kim Chitwood remembers her son Jared as a helper who cared more about other people than he did about himself.

“When he was in the hospital, I said I would do anything to trade places with him,” Kim said. “He said, ‘No Mama, I don't want to do that. I wouldn't want you to do that.’ He was 15, and I think he probably knew how serious it was, but he really he really cared more about what was going on with us.”

Jared Chitwood was 15 when he was diagnosed with leukemia. At the DanceBlue Kentucky Children’s Hospital Hematology/Oncology Clinic, Jared underwent aggressive chemotherapy to treat it, but that treatment came with a cost. Over the course of eight months, Kim and Jared’s father Todd and his brothers watched as Jared grew weaker and weaker, eventually losing his ability to walk. With his immune system severely compromised from the chemotherapy, Jared succumbed to a bacterial and fungal infection on March 22, 2018.

“We were on the end of what we thought was the hardest part of leukemia,” said Kim. “We were actually in the very last intense phase of his treatment... You just never know exactly what cancer is like until it touches your family.”

After Jared’s passing, no one would blame Kim if she never stepped foot in Kentucky Children’s Hospital (KCH) again.

Determined to carry on Jared’s legacy of giving, she volunteered with Jarrett’s Joy Cart, an organization that delivers toys and games to the patients of KCH. Kim found a kindred spirit in Jennifer Mynear, the mother of Jarrett and founder of the Joy Cart. Like Kim, Jennifer lost her son to cancer and was looking for a way to honor his legacy.

“Kim is an integral part of Jarrett's Joy Cart,” said Jennifer. “She volunteers for our weekly hospital visits, is on the board of directors, and spearheads numerous toy and fundraising drives in Madison County benefiting Jarrett's Joy Cart. It's been a perfect fit, giving us the chance to work together to honor our boys by helping other children.”

The Chitwoods also became involved in DanceBlue, the 24-hour dancing marathon put on by UK students that has raised over $17 million and established the DanceBlue Clinic where was Jared was treated. In 2020, a year after Jared’s passing, Kim attended the marathon for the first time. Families of patients are invited on stage to talk about their child going through cancer. Kim was invited to share her story as a parent of a child who passed.

“There's just no feeling like it being there,” Kim said. “For me being able to see some of those people that cared for Jared, fellow families that I've come to know and come close to who are still battling cancer are in remission and trying to get back to life. It's just a very moving time.”

Kim and her family have collected countless toys for the Joy Cart and she even joined the Joy Cart’s board of directors. She’s looking forward to a time when she can return to KCH and the DanceBlue Clinic as a Joy Cart volunteer.

“It's something I really enjoy being able to do because I know what those parents are feeling,” said Kim. “I share my story when I feel it's appropriate. But I enjoy just being there and seeing smiles on the faces of kids when I offer them a toy from the Joy Cart. And being there for parents, who might need someone to talk to for a few minutes. It’s a great feeling for me, and I know it makes a difference for them as well.”

“It does my heart good to go back to that hospital,” Kim continued. “Everybody’s journey is different, and we didn’t know what to expect. We didn’t get the outcome we expected, but I don’t blame anyone there. We were very lucky to have those people and have that clinic and we were blessed with the best doctors, nurses and staff. I can’t imagine going through that without them.”

Prior to Jared’s diagnosis in 2017, he was an active, athletic teenager. He was on the school archery team with his twin brother Justin and spent most of his time outdoors. Jared was also an avid basketball player, playing for recreational teams in Richmond. As a member of Eastern Kentucky University’s Junior Colonel Club, he served as a ball boy for the EKU men’s basketball team for four seasons.

After Jared’s passing, the team honored Jared at a game, presenting his family with a framed jersey at halftime. Kim spoke to the crowd, many of whom were wearing “#TeamJared” t-shirts, about Jared and raised awareness about childhood cancer.

#TeamJared Night is now an EKU tradition. Coach Hamilton, himself a patient of UK HealthCare’s Markey Cancer Center, is proud to honor Jared’s legacy and to use the EKU platform to promote awareness.

“We want to continue to build #TeamJared and have the community more involved," said Coach A.W. Hamilton. "We want to celebrate his life as well as bring awareness to childhood cancer. This event means everything to me, each year I want it to grow it bigger and bigger. I want Jared’s story to live on and let Kim have a platform to speak to hundreds of people at once. I know hearing their family's story made a difference in my life - imagine what it can do to a whole community.”

On Saturday, Feb. 5, 2022, the Chitwoods will join the team and EKU community for the third annual “#TeamJared / EKU Hoops Fight Vs Cancer.” Just before the EKU Colonels take on Liberty University, the Chitwoods will host a memorial walk across campus. The entire EKU community is invited to hear Jared’s story and participate in a walk that will end at the Alumni Coliseum. Kim sees this an opportunity to raise awareness about childhood cancer, and to impress upon others the importance of cancer funding. It is at awareness events such as this, and during her time spent at KCH with patients and their families that Kim feels closest to Jared.

“I just want to spend my time honoring him, remembering him and sharing our story,” said Kim. I hope that if I could make a difference in just one person by sharing his story, then you know it was worth it to me.”