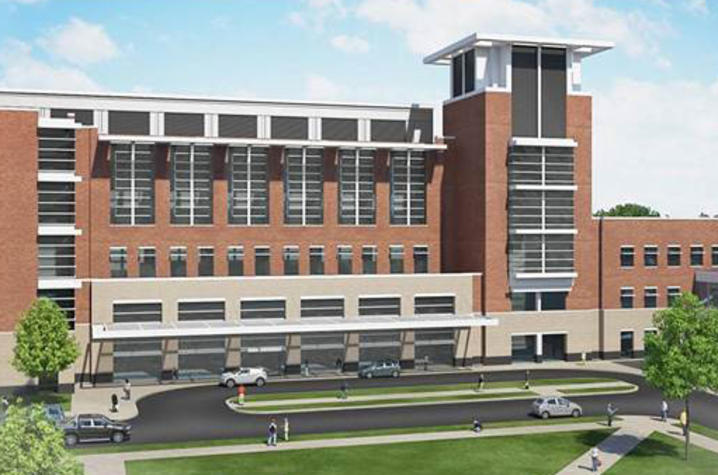 LEXINGTON, Ky. (Dec. 14, 2021) — The University of Kentucky Board of Trustees on Tuesday approved a purchase agreement for $6.9 million to acquire residential parcels across from UK Albert B. Chandler Hospital on South Limestone for the construction of a new outpatient cancer treatment center and advanced ambulatory complex.

The parcels, owned by the Chesney family, are located primarily in the 100 block of Conn Terrace, State Street, University Avenue and Waller Avenue. The design phase of the capital project was approved by the UK Board of Trustees’ health care committee in May.

“Kentucky continues to rank first in the nation for cancer rates and our expansion of outpatient services at UK Markey Cancer Center as well as other ambulatory services, is critical to our mission to take care of the health care needs of Kentuckians,” said Mark Newman, M.D., UK executive vice president for health affairs.

The new complex — with an estimated 260,000 square feet for cancer services — may include multiple buildings but will primarily allow for the needed expansion of patient care services and increased ease of access for the UK Markey Cancer Center. As the only National Cancer Institute (NCI)-designated center in Kentucky, Markey is able to offer leading-edge and early phase therapies not available to patients being treated anywhere else in the state.

“The Markey Cancer Center has grown exponentially over the last 10 years. We must expand our physical footprint to keep up with the growing demand for the highest quality and most accessible cancer care,” said Mark Evers, M.D., director of the UK Markey Cancer Center. “As Kentucky’s only NCI-designated cancer center, it’s our mission to reduce the burden of cancer in the state. With Kentucky still ranked first in the U.S. in overall cancer incidence and mortality, this new complex is vital for our multidisciplinary cancer team in diagnosing and treating our current and future patients to make positive progress toward our goal of conquering cancer in the Commonwealth.”

Since becoming an NCI-designated center in 2013, the Markey Cancer Center outpatient clinic visits increased by 57%, including more than 120,000 patient visits in fiscal year 2021. In addition, cancer-related research funding has increased by 109% since 2012; as of June 30, Markey researchers hold grants in excess of $59.3 million in total costs.

The proposed complex includes space for other advanced ambulatory (outpatient) clinics and structured parking as well as space for services such as outpatient operating rooms, procedures rooms, diagnostics and imaging services, pharmacy and lab services and room for meetings and support services.