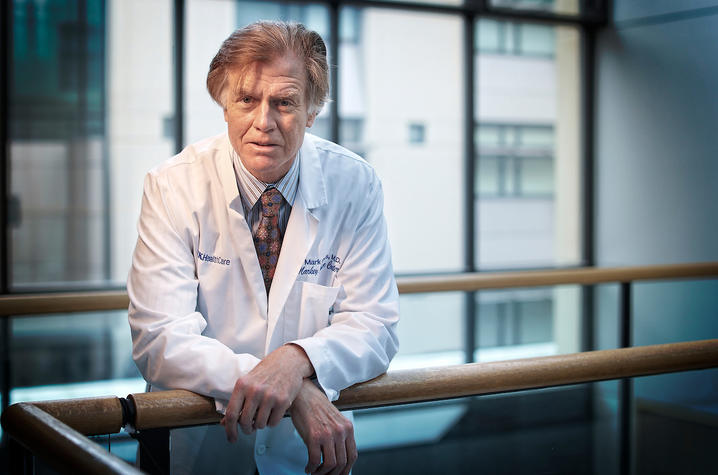 LEXINGTON, Ky. (March 7, 2022) — In this “UK at the Half,” Mark Evers, M.D., director of the University of Kentucky Markey Cancer Center, talks about the growth of Markey and plans for a new cancer care facility that was recently kickstarted by a $10 million philanthropic gift from Central Bank.

In 2009, Evers came to Kentucky to serve as the director of Markey with one overarching goal in mind: to reduce the significant burden of cancer in our state.

Thirteen years into his tenure, the UK Markey Cancer Center has grown into a robust cancer program that U.S. News and World Report consistently ranks as one of the top 50 in the country. Since becoming a National Cancer Institute-designated center in 2013, Markey’s research funding and patient volumes have increased substantially – so much, in fact, that the cancer center has outgrown the buildings it has called home for the past four decades.

“UK at the Half” airs during halftime of each UK football and basketball game broadcast on the radio and is hosted by UK Public Relations and Marketing. To hear the “UK at the Half” interview, click the play button above.