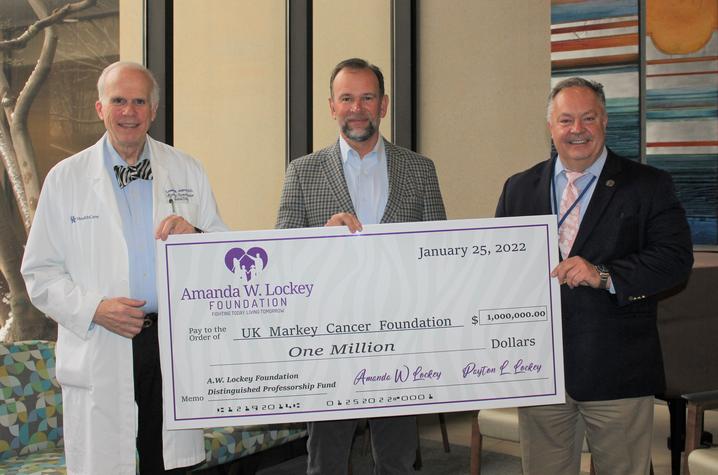 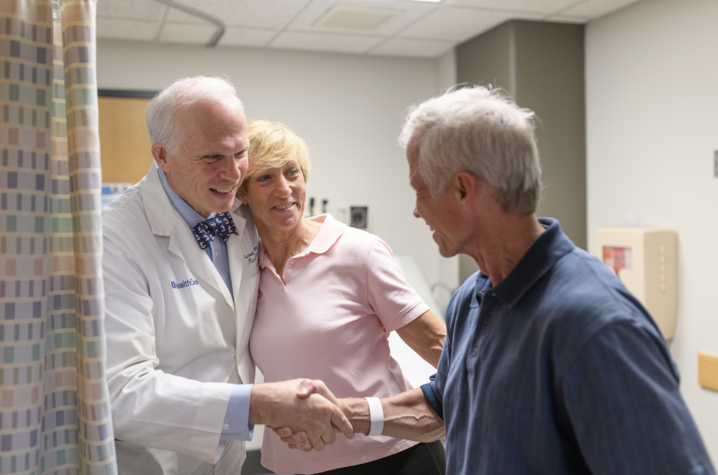 The Amanda W. Lockey Foundation gives the gift in support of UK Markey Cancer Center medical oncologist Lowell Anthony, M.D., a specialist in neuroendocrine tumor treatment. The distinguished professorship in NET research will support Anthony’s work by allowing him and his team to focus on clinical and translational research and the development of a radiotherapeutic program.

“This generous gift is recognition of our expertise in neuroendocrine tumors and will allow the center to advance our understanding of NET biology,” said Anthony. “The NET professorship provides additional resources to support our growth in translational NET research and making Markey cutting edge with this technology.”

The professorship will support his team’s work on the UK College of Medicine and Markey Cancer Center’s Radiopharmaceutical Therapy Alliance (RPTA) that supports transdisciplinary collaborations related to radiation medicine science and clinical investigations, specifically through the Radiopharmaceutical Therapy Program (RPT). Anthony says this gift and his team’s efforts will make the UK Markey Cancer Center one of the elite RPT programs in the country.

Anthony was among the first oncologists to run clinical trials with RPT dating back to 1995. The revolutionary treatments being developed and tested by Anthony and his colleagues have been central in extending both the duration and quality of life in patients with neuroendocrine tumors, which can develop anywhere endocrine cells are present.

“My work in RPT began with a patient nearly three decades ago and since then, we have made tremendous strides in making these therapies available to our patients,” Anthony said. “Since joining Markey and Dr. Mark Evers’ team in 2011, we have three active RPT clinical trials and three more in development. In fact, we have the most NET RPT clinical trials open at a single center in the United States.”

A distinguished professorship is an endowed position, wherein the donated money is permanently invested and generates annual spending distributions in order to build permanent and sustainable funding, which is then used to support the goals and objectives of its named role. Endowed positions are highly coveted achievements and play a central role in retaining and attracting the highest level clinician-scientists and researchers.

“The UK Markey Cancer Center was so fortunate to obtain such a high-level recruit in Dr. Anthony from LSU,” said Michael Delzotti, Markey Cancer Foundation president & CEO. “He is an internationally recognized NET researcher and physician-scientist. This generous philanthropic support by the Lockey Foundation will further accelerate the life-saving and cutting-edge research he is doing at Markey.”