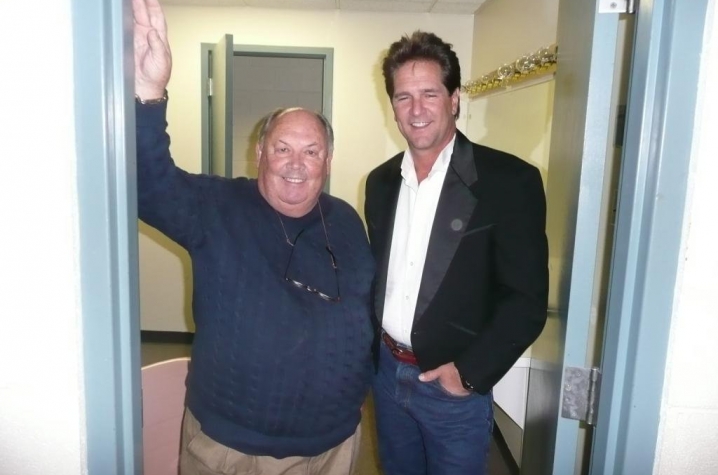 The concept of the show is very personal to Farmer.

While enlisted in the Marines, a motorcycle accident left Farmer with the use of only one arm. It was through his love of music and the desire to once again play guitar that helped heal his body and mind. Today, with the help of a hospital rehabilitation program, he has begun performing again with the aid of adaptive equipment. Farmer's life story has been one of perseverance and finding a way to do what you love no matter the physical limitations.

"Music plays a crucial role in healing - that's something I learned firsthand after my accident," Farmer said. "I'm excited to bring this program to the UK Chandler Hospital and to folks around the Commonwealth. We have the opportunity to not only highlight local talent, but to help people find the healing therapy they need."

Sunday's event will be post-produced to make the show's pilot program. If all goes well, Farmer hopes to start taping monthly shows beginning in December. Each performance will be post-produced into four episodes of "Tim Farmer's Homemade Jam" and will be broadcast across the Commonwealth.

Each show will feature musical groups or soloists performing acoustically or lightly powered. During the show, artists will be interviewed by Farmer to provide insight as to who they are and why they play a particular style or instrument.

Farmer is the longtime host of the popular "Kentucky Afield Show" and more recently "Tim Farmer's Country Kitchen." He has won several EMMY awards for his hosting and producing Kentucky television programming. He has been playing and performing music since his childhood.

Farmer is also looking for local acts to perform in upcoming shows. "We want to showcase a variety of music from across a number of genres," he said. "I always love hearing new music. This show will give me and the audience yhe chance to experience artists that we might not otherwise have been able to hear."

"Tim Farmer's Homemade Jam" will be a family friendly show broadcast to the Central Kentucky area and statewide on the CW network and on KET's family of channels as well.

"We are thankful to have a fantastic venue with the Pavilion A Auditorium," Farmer said. "UK HealthCare's Arts in Healing initiative just happens to carry the same sentiment we are relaying with the show. Music can heal; you too can overcome adversity or illness and pursue your desires."

Sunday's show starts at 3 p.m. in the UK Chandler Hospital's Pavilion A Auditorium. Free parking is available in the hospital's parking garage, located at the corner of Limestone and Transcript.

For more information on how to submit a demo tape for consideration, contact Farmer at tim@timfarmershomemadejam.com.