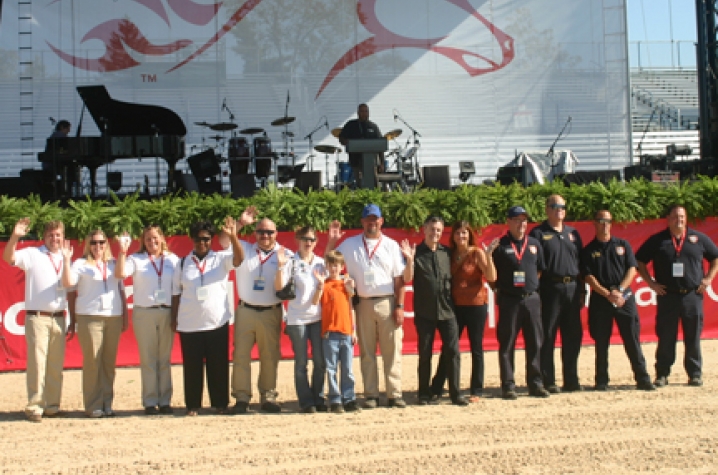 In the two weeks since he was rushed by ambulance to University of Kentucky Chandler Hospital, he has made a miraculous recovery. Before being discharged from UK Chandler Hospital, Eitan made this video message to thank the doctors, nurses and paramedics that helped save his life and let his fans know he planned to see them in Normandy in 2014. In addition, the health care team was honored on the field during the Closing Ceremony of the World Equestrian Games.