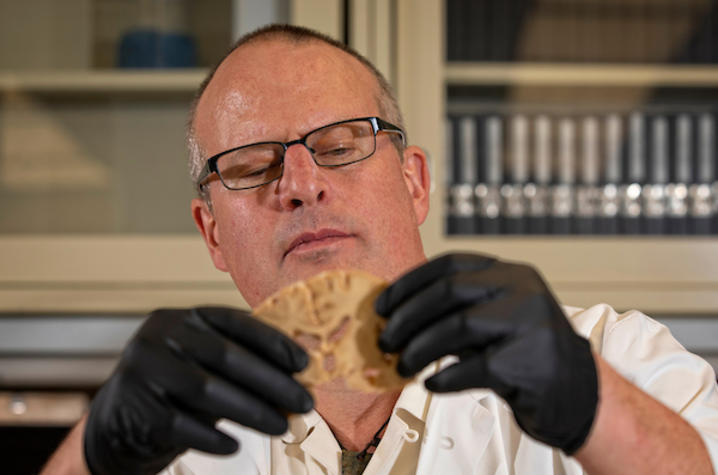 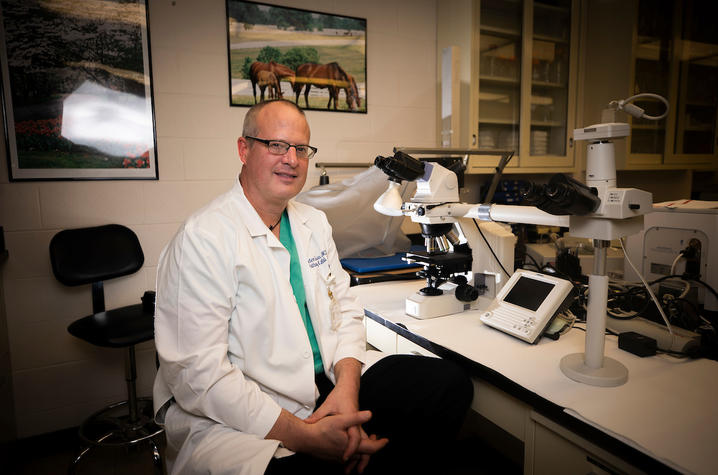 LEXINGTON, Ky. (May 1, 2019) — In the past, using the terms "Alzheimer’s disease" and "dementia" interchangeably was a generally accepted practice. Now there is rising appreciation that a variety of diseases and disease processes contribute to dementia.

According to Nina Silverberg, Ph.D., director of the Alzheimer's Disease Centers Program at National Institute on Aging (NIA), part of NIH, in the past many of the people who enrolled in clinical trials for Alzheimer's drugs likely did not have amyloid — the sticky substance that gums up neurons and interferes with thinking — in their brains.

“Recent research and clinical trials in Alzheimer’s disease have taught us two things: First, not all of the people we thought had Alzheimer’s have it; second, it is very important to understand the other contributors to dementia,” she said.

For years, members of the scientific community have noticed that a large number of people who died in advanced age had symptoms of dementia without the telltale signs of amyloid or another common culprit, tau, in their brains at autopsy. Emerging research seemed to indicate that the protein TDP-43 contributed to that phenomenon.

"More than 200 different viruses can cause the common cold," said Dr. Peter Nelson of the Sanders-Brown Center on Aging at the University of Kentucky. "So why would we think there is just one cause of dementia?"

A group of international researchers co-chaired by Nelson and Silverberg set out to define diagnostic criteria and other guidelines for advancing future research into this newly-named dementia, called LATE.

The group's work, published on April 30, 2019, in the journal Brain, established that like Alzheimer's disease, LATE affects multiple areas of cognition, ultimately impairing activities of daily life, but it appears that LATE progresses more gradually than Alzheimer’s. However, LATE combined with Alzheimer’s—which is a common combination—appears to cause a more rapid decline than either would alone.

"People had seen lightning before of course, but Franklin helped formalize a concept that augmented our ability to study electricity," he said. "By developing a sense of scientific focus around these data, we hope to jump-start a broad field of work to advance our understanding of this form of dementia and, ultimately, to open new opportunities for treatment.

Most importantly, Nelson added, it's time to stop thinking of dementia as a "one-size-fits-all" disease.

"LATE probably responds to different treatments than AD, which might help explain why so many past Alzheimer’s drugs have failed in clinical trials," he said. "Now that the scientific community is on the same page about LATE, further research into the 'how' and 'why' can help us develop disease-specific drugs that target the right patients."

ABOUT THE SANDERS-BROWN CENTER ON AGING (SBCOA): Founded at the University of Kentucky in 1972, SBCoA has played an instrumental role in several landmark breakthroughs related to Alzheimer's and other dementias, including the discovery that there are changes in the brain decades before there are outward symptoms of the disease.