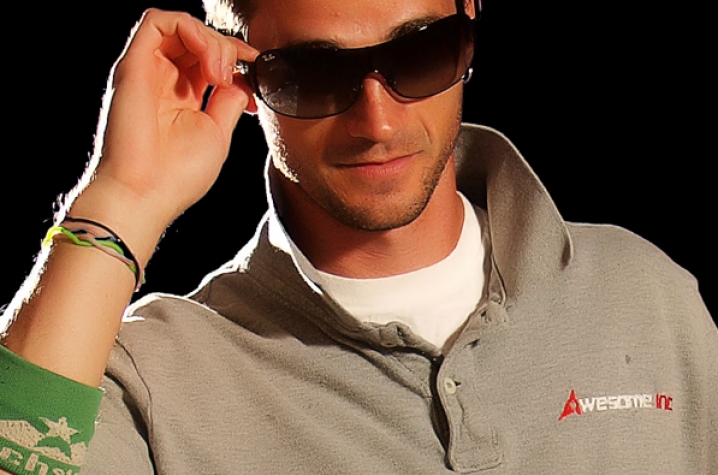 Raney will be talking to classes and helping students develop entrepreneurial skills, mentoring student entrepreneurs who want to start a company, and coaching student teams in the iNET Venture Challenge and other competitions in his role as Entrepreneur in Residence (EIR).

"Brian is a prefect fit as the iNET EIR not only due to his entrepreneurial experience and education, but he knows so many of our students and his enthusiasm is contagious," said Dan O’Hair, interim senior vice provost for student success and dean of the UK College of Communication and Information, which hosts iNET.

Raney is the founder of Awesome Inc, a business accelerator in downtown Lexington, where he and his team work with entrepreneurs and provide space and access to other resources for startups.

"I'm passionate about helping students become entrepreneurs and turning their ideas into realities. I know there are a lot of students with ideas, but they don’t know where to turn," Raney said. "As the iNET EIR, I can be their contact and mentor."

Raney, who received a B.S. in Computer Science in 2005 and an M.S. in Economics in 2006, founded his first startup, BookExchange.com, while a student at UK. He is also the founder and CEO of APAX Software, specializing in mobile and Web-based applications, and is working as COO on his third business, BuildingLayer, an indoor mapping company.

To schedule Brian Raney to speak to your class about entrepreneurship, please contact iNET Director Deb Weis at debweis@email.uky.edu or (859) 257-8296.

The Innovation Network for Entrepreneurial Thinking, iNET, is the University of Kentucky’s interdisciplinary academic initiative to develop innovative and entrepreneurial leaders and includes a network of students from all majors, faculty, the local entrepreneurial community, and other stakeholders in Kentucky’s future.