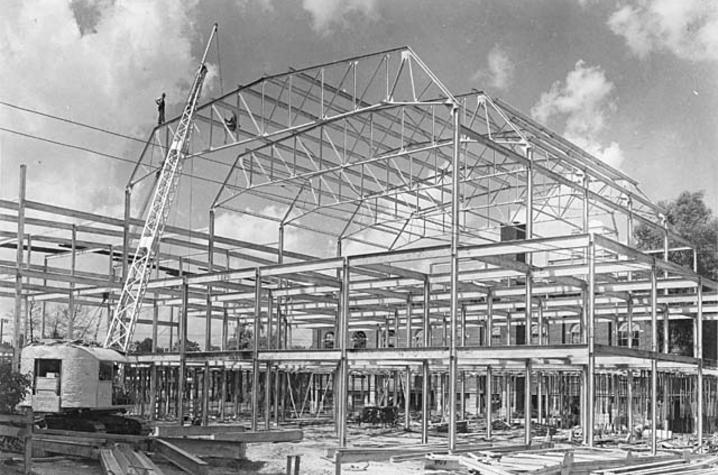 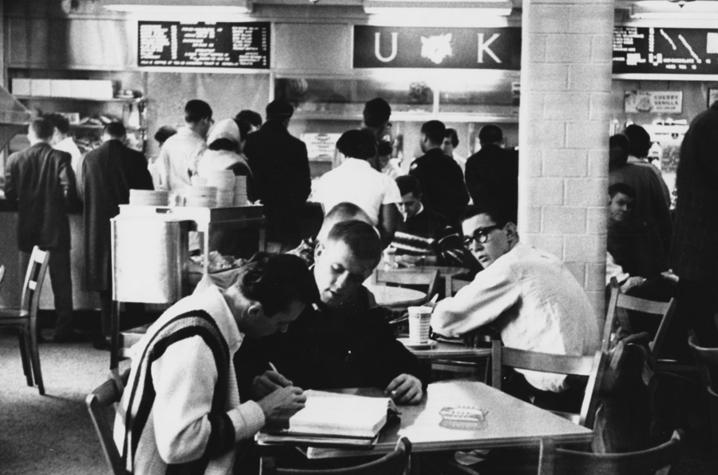 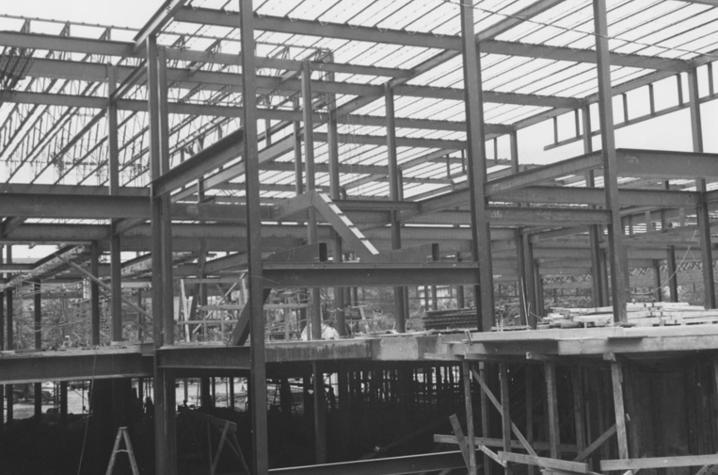 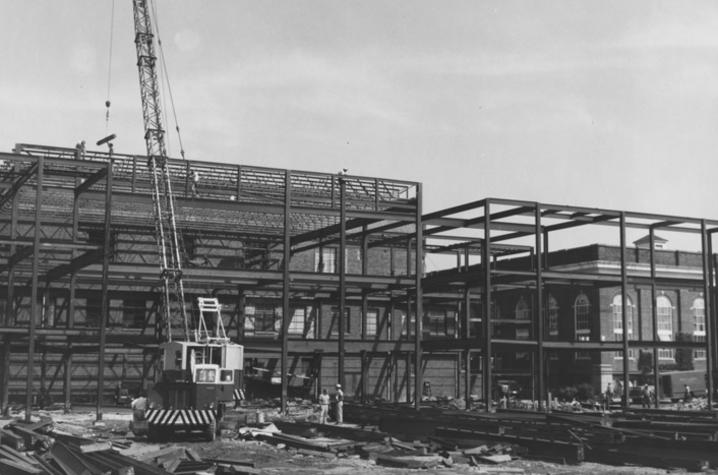 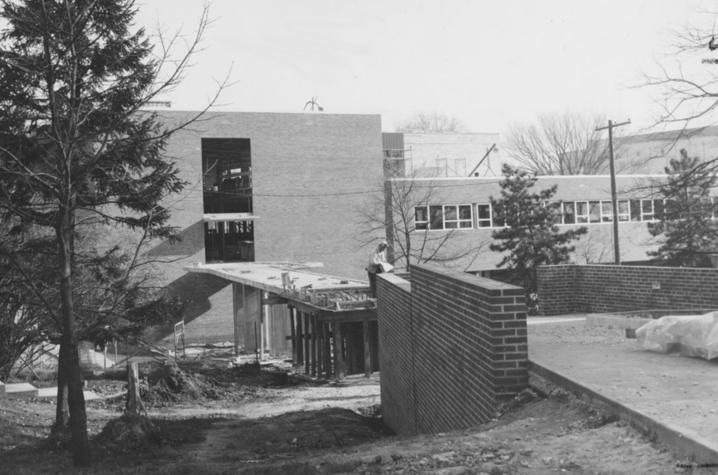 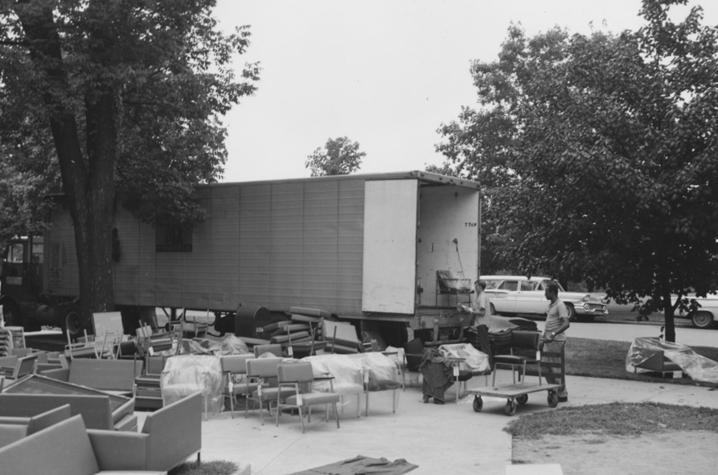 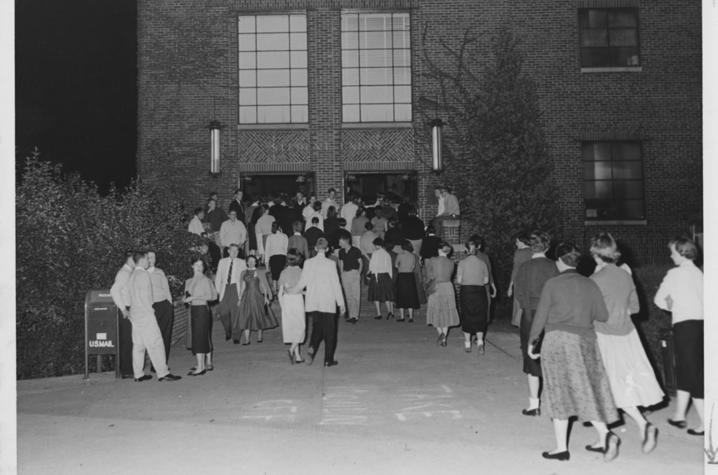 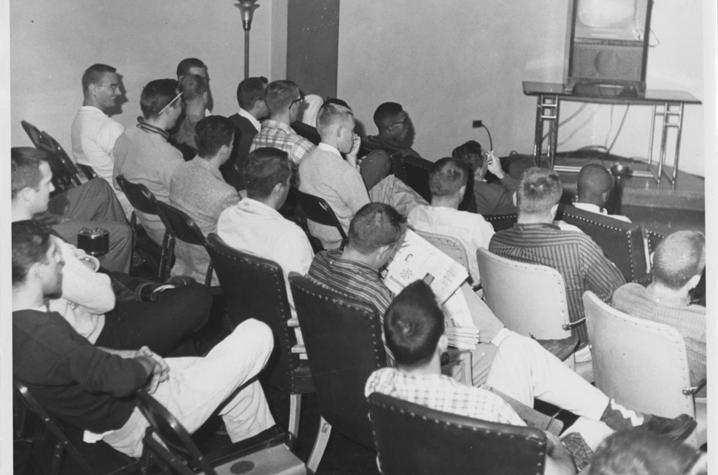 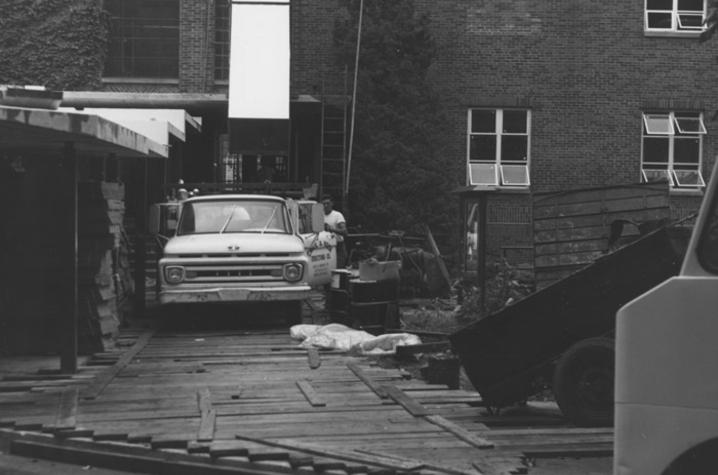 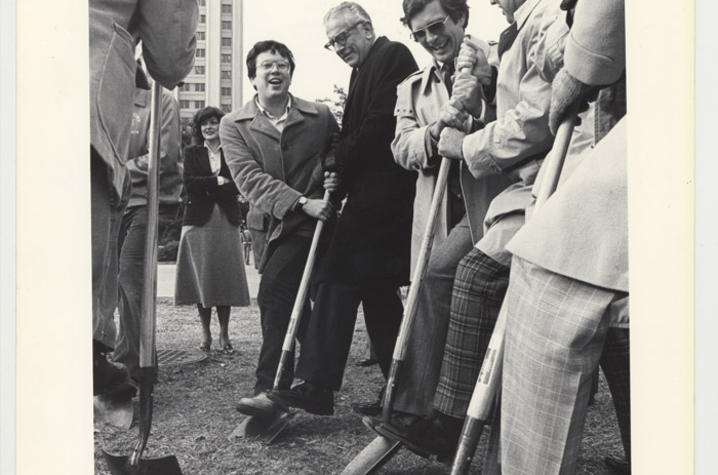 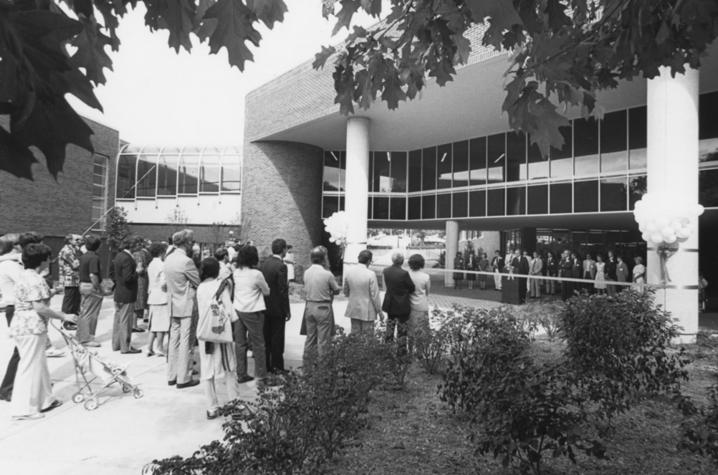 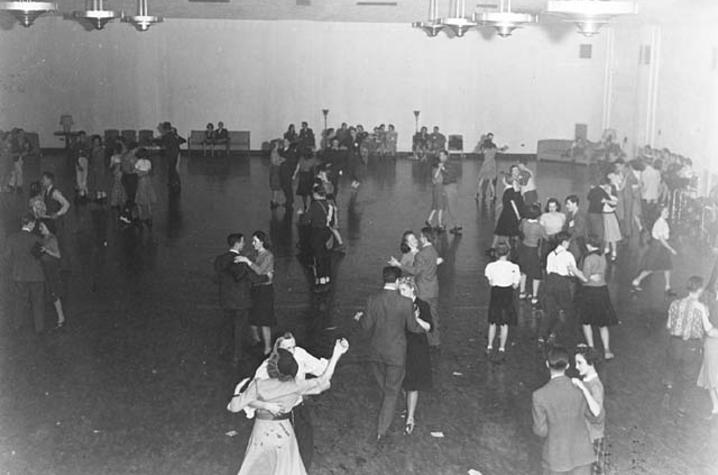 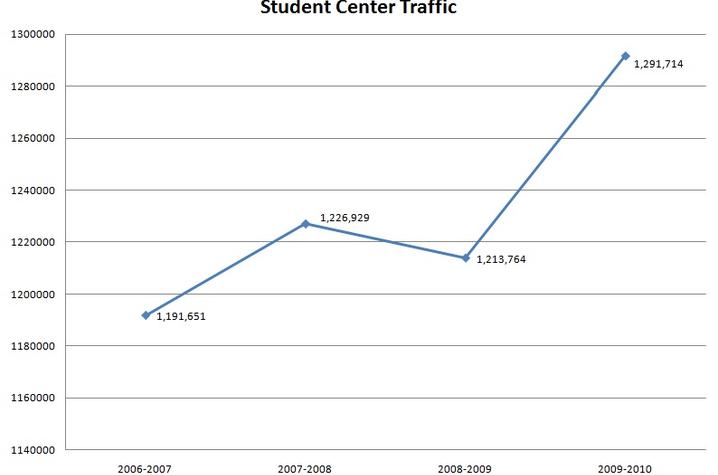 LEXINGTON, Ky. (Feb. 22, 2011) — With nearly 1.3 million visits during the 2009-2010 academic year, the Student Center has earned its nickname as the University of Kentucky’s living room. Pending Board of Trustee approval, the 73-year-old iconic building will soon receive a $23 million facelift, the first significant capital refurbishment of its infrastructure and its meeting, entertainment, dining, office and commercial space in 29 years, when the 1982 Student Center Addition opened.

The funding is a result of the consolidation and initiation of two 2010 legislatively authorized infrastructure projects:

The project will be funded with $17,805,000 in agency bonds (university-generated funds) and $5,195,000 of accumulated funds in the Student Center Renewal and Replacement Fund and other fund balances.

Vice President for Student Affairs Robert Mock Jr. credited student leaders for the plan, from inception of the financing proposal to the project’s current status. He said the project was conceived and brokered by UK students, representing the Student Government and its Student Fee Committee.

“And we will continue to reach out to our students for their input as we design their new Student Center,” Mock said.

"I believe the Student Fee Committee headed by Joe Quinn deserves a lot of credit for the work they did behind the scenes,” said SG President Ryan Smith. “The groundwork they laid gave us the opportunity to negotiate this significant infrastructure investment. Kelsey (Hayes, SG vice president) and I are very excited to see this major renovation finally happen, and we are thankful to have played a part in the process.”

Smith noted with next year’s recommendation of a $12 increase, the student fees will increase by about $25 cumulatively in two years, a total that is well below the 6 percent cap imposed on UK’s mandatory student fees by the Kentucky Council on Postsecondary Education.

“We felt strongly that students needed to see something tangible, something they could see every day for their student fees. We felt a Student Center renovation was an obvious choice,” Smith said.

Highlights of the renovation include:

• Comfort is part of the plan, too. Aesthetic upgrades will be made in support of and as a result of the infrastructure upgrades.

“We have done the best we could in maintenance and improvements over the years, but they were mostly limited projects, like the upcoming addition of a new Panda Express restaurant,” said Student Center Director John Herbst. “This renovation project is on a grander, all-encompassing scale. The UK Student Center of the future will be more in tune with the needs of the 21st century student.”

The Student Center has been such a large part of the campus experience, that it would be difficult to find a current or former student, professor or staff member who doesn’t have a favorite memory attached to the building. That includes some of Kentucky’s best known favorite sons and daughters, like former and current members of the Board of Trustees, political and judicial leaders, CEOs of successful national and international businesses, pioneers in science and technology, international philanthropists and humanitarians, entertainers and artists, and leaders in the field of higher education.

“The importance of the Student Center in the lives of our students – past, present and future -- can never be underestimated,” Mock said.

Significant Events in the History of the University of Kentucky Student Center (a.k.a. Student Union)

1938 Student Union Building opens on May 14 with a formal dance. Total cost: $277,000 or $4.53/square foot. For two years, students have been paying a $2 per semester fee for the Student Union building. Staff of the College of Engineering were the architects.

1942 The Student Union Board is registered as an official student organization.

1945-47 With the return of young World War II veterans, the Student Union offers big-name bands in a cabaret setting. UK becomes one of the first universities to join the fledgling concert touring business with names like Louis Armstrong, Stan Kenton and Ray Anthony.

1958 A committee is appointed to develop a plan for an addition to the Student Union Building by university Vice President F. D. Peterson.

1962 Construction begins on a $2 million enlargement that eventually brings about re-naming the building the Student Center. Cost of the improvements is $31.57/square foot.

[IMAGE3]1963-64 A new cafeteria and music listening rooms are opened.

1970s The concert business booms, and UK is recognized as one of the nation’s foremost concert producers. The Student Center Ballroom became the stage for rock greats like Bruce Springsteen, Jimmy Buffett, Flash Cadillac, Nitty Gritty Dirt Band, Randy Newman, and Emmylou Harris. The Student Center Board booked even bigger acts in Memorial Coliseum, like James Taylor, the Fifth Dimension, Joni Mitchell, Three Dog Night, Earth, Wind and Fire and many others.

1975-78 The cinema program in the Student Center takes off and eventually gains a national reputation as one of the finest in the nation.

1978 A committee is formed to investigate a second addition to the Student Center that will eventually house a 500-seat theater, a new bookstore, meeting rooms and lounge areas.

1979 With the support of the Student Government Association, the Student Center Board approves a proposal for a new $4.1 million addition. The Board of Trustees approves the proposal with a $10 increase in the student activities fee to retire the debt service on the bond to construct the second addition.

1983 The new Student Organizations Center opens and soon more than 50 student groups are organized in the first floor space that once housed the old bookstore.

1996 The Rasdall Gallery is relocated with greatly expanded exhibit space.

1997-98 A major redecoration effort includes the removal of the Great Hall’s famous “dancing balls,” to be replaced with custom lighting reflective of the original building design of 1930s and 1940s. The work included updating the center’s lounge areas and a redecoration of the Game Room.

2001 The Student Center hosts the nationally acclaimed exhibit, “History Through Deaf Eyes,” in collaboration with Gallaudet University and Kentucky School for the Deaf. The Rasdall Gallery was one of only a handful of galleries to host the exhibit, and thousands attended.

2006 The University of Kentucky Credit Union undergoes an expansive renovation to space in the Student Center, heralded by students and employees as a remarkable facelift for financial services on campus.

2007 President Lee T. Todd Jr. provides money to renovate the Cats Den and the Center for Student Involvement. The Cats Den receives the top Award of Excellence for the renovation from the American Builders and Contractors Association.

2007 Follett Higher Education Group sealed a deal to operate the UK Bookstore. The plan included a total facelift of the facility and a $3.1 million expansion to the store. The approximate 7,000-square-foot expansion was completed in 2008 and opened in 2009.

2008 WRFL celebrates its 20th anniversary of broadcasting 24 hours a day, seven days a week from the Student Center.

2009 The Student Center teams with Dining Services to create the “Heavy Metal Chef” event to rave reviews of students. The Chefs are then invited to display their musical, culinary arts spectacle at “The Incredible Food Show” at Lexington Center.

2009-10 The Student Center collaborates with the College of Fine Arts, School of Music, and Dining Services to produce a student-executed “Night on Broadway,” featuring the best of Broadway tunes, paired with exceptional haute cuisine to create a unique dining and entertainment experience. The show sold out the first year, and sold out two shows the second. The program was produced by the Student Center and brought home the first-place Gold Award for UK Catering Services and Chef Special Event at a Major University.

2010 The Student Center ends the academic year with over 9,000 reservations for events, eclipsing the previous year by over 200 additional events.