LEXINGTON, Ky. (Feb. 10, 2015) – For the past 10 years, DanceBlue has grown to be a cause that is dear to many students, faculty, staff, alumni and citizens of the Commonwealth. Many are aware that DanceBlue is our 24-hour no-sitting, no-sleeping dance marathon that benefits the Golden Matrix Fund, however few know the story behind the joys and struggles that have gone into making DanceBlue what it is today.

It all started with Jarrett.

Jarrett Mynear, born on April 16, 1989, is remembered as smart, quick-witted and enthusiastic. Able to make friends wherever he went, Jarrett truly was a joy to all. The only thing that set him apart was his diagnosis of Ewing’s Sarcoma, a rare bone cancer, at the age of two. By the time he was 13, he was diagnosed with various forms of cancer six times.

Despite these obstacles, Jarrett took his condition and made it an opportunity to make a difference in the lives of those around him. He became a humanitarian, a phenomenal public speaker and a local celebrity. He made appearances on the Rosie O’Donnell Show; walked President Clinton’s dog; started his own philanthropic organization, Jarrett’s Joy Cart; and witnessed the creation of his biography, The Joy Cart by Marvin Bartlett. Jarrett Mynear is remembered by his fighting spirit, and his determination to look past his life-threatening condition in order to help others.

Upon Jarrett’s passing in October 2002, his parents, Jennifer and Doug Mynear, sought to set up a memorial fund in his memory. During the last week of his life, Jarrett created a list of requests, which included raising funds for improvements and upgrades to the Pediatric Oncology Outpatient Clinic. Jennifer had Jarrett’s story, her knowledge of patient and family needs within the clinic and the passion to fund this effort; however she sought out the help of Susannah Denomme, who works in UK's development office, for assistance due to her fundraising and professional skill set.

“We hit it off immediately, and the effort was a huge success," Jennifer Mynear said. "We raised more than $448,000 for the Jarrett Mynear Memorial Fund for the clinic.”

Throughout the process, Denomme had been sharing with her daughter and Penn State University student, Carolyn, about Jennifer’s efforts and determination. Caroline at the time had just gotten involved with a campuswide organization called THON, which benefited the Pediatric Oncology Program at Hershey Medical Center, and is still the most successful student-led fundraiser in the world. After hearing of this, Jennifer was asked to meet Denomme for coffee, where she was shown a promotional video for Penn State’s THON. Jennifer and Denomme immediately felt it was a perfect fit for the University of Kentucky.

"We felt that the student body at UK, our alma mater, could benefit from a student-led activity to bring the campus together for something more than sports or a party," Jennifer Mynear said, "and this event could be a diversified effort for something reaching beyond the boundaries of campus.”

The ball began to roll; Jennifer and Denomme contacted Rhonda Strouse of Office of Student Involvement for input and support. Meetings were then held with the Student Activities Board, Student Government Board, Panehellenic Council, as well as open meetings in the Student Center.

Denomme's tech-savvy husband, Mark, was able to put a “UK spin” on the THON video and using that as a visual tool they were able to speak about Jarrett, his Joy Cart and his message of “service above self.” They also spoke about what was raised so far for pediatric oncology and the future needs to care for the growing number of Kentucky children being diagnosed with cancer, as well as the logistics and the support that Penn State had offered.

Many students came forward in order to help, whether having known Jarrett personally, having seen his story through media outlets or simply wanting to do something meaningful beyond themselves.

“I still marvel how students came out for meetings, paid rapt attention and believed, as we did, that they would and could begin a new tradition, a new truly campuswide effort to make a tangible difference in the lives of children in our state," Jennifer Mynear said. "While (Denomme) and I introduced the idea for the first marathon, and initially helped get the doors opened in the community, it was the stellar students who led the way that made it happen. DanceBlue is, was and always will be student led, and that’s why it works.”

In it’s first year, DanceBlue was able to raise $123,323.16 for the Golden Matrix Fund and the Markey Cancer Center, breaking all fundraising records for a first-year dance marathon event.

“In the future, I see cancer research conducted right here at UK, funded by DanceBlue dollars, to help improve treatment options and increase successful outcomes, not only Kentucky's children, but children world-wide," Jennifer Mynear said. "Wouldn't that be a legacy for the students!"

"I'm always so humbled and grateful for the first DanceBlue leadership team, led by the amazing Emily Pfeifer, who trusted Denomme and I unconditionally, and had the vision, leadership skills and fearlessness to build a solid foundation for something that will remain a part of UK," Jennifer Mynear said. "Thank you to all of the students, faculty and staff who have given so much in so many ways – FTK! Lastly, and surely not least, thank you to my Jarrett, for leaving a legacy of love for others, service above self and turning tears into joy.”

“…There is good that comes out of this, [and there is a] reason for everything that happens in life.”

DanceBlue is the University of Kentucky’s 24-hour no-sitting, no-sleeping dance marathon that benefits the Golden Matrix Fund and the DanceBlue Kentucky Children’s Hospital Pediatric Hematology and Oncology Clinic. Now in its tenth year, DanceBlue has raised more than $6.5 million for cancer research and DanceBlue Clinic patients and families. DanceBlue 2015 will take place this weekend - Feb. 14 and 15 - at Memorial Coliseum on UK's campus. The marathon kicks off at 2 p.m. on Saturday and concludes at 2 p.m. on Sunday.

Give to DanceBlue here and connect with DanceBlue on Facebook at www.facebook.com/danceblue and on Twitter at twitter.com/UKDanceBlue.

DanceBlue is a program housed in the UK Center for Community Outreach. The CCO seeks to serve, connect and unite the University of Kentucky with the surrounding community in collaborative efforts to promote life-long community service. For more information about the CCO, visit getinvolved.uky.edu/cco. 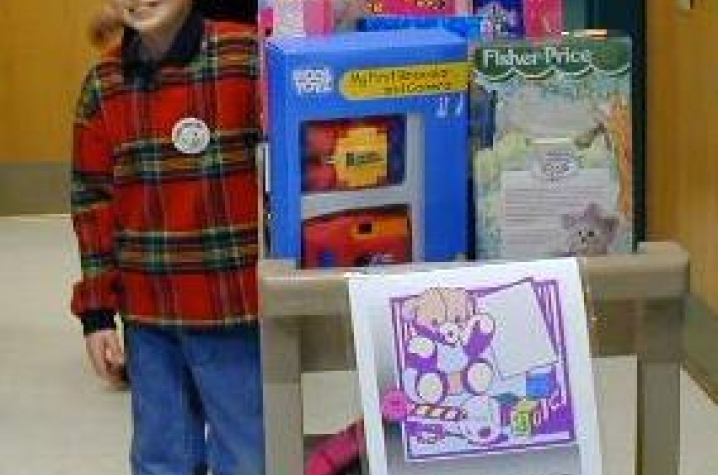 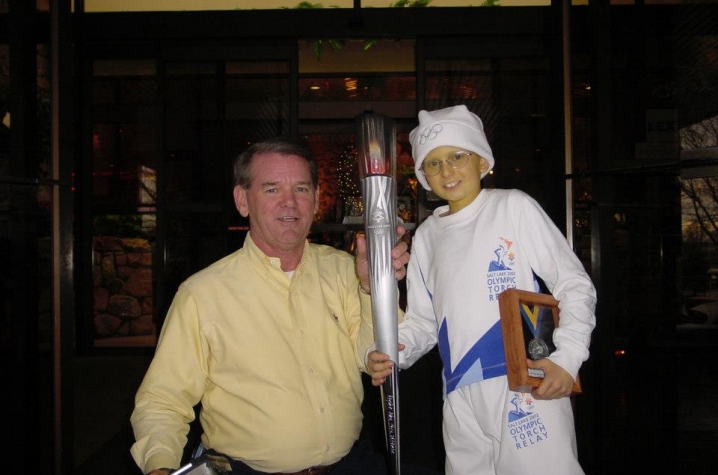 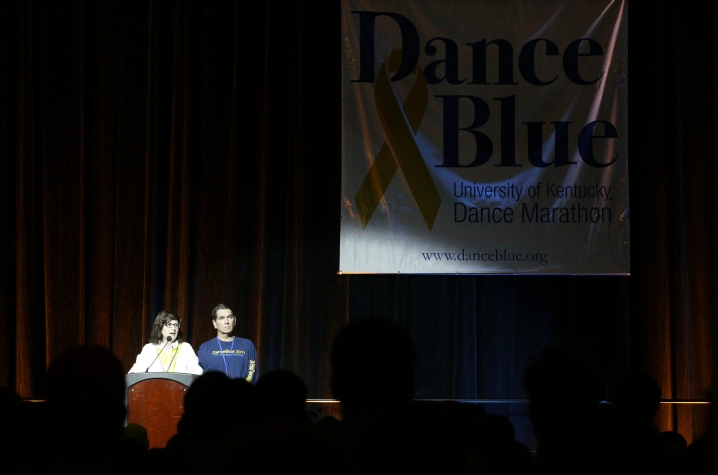 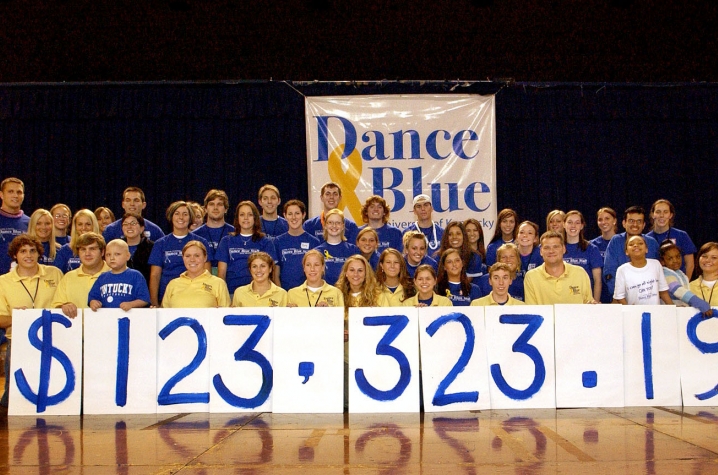 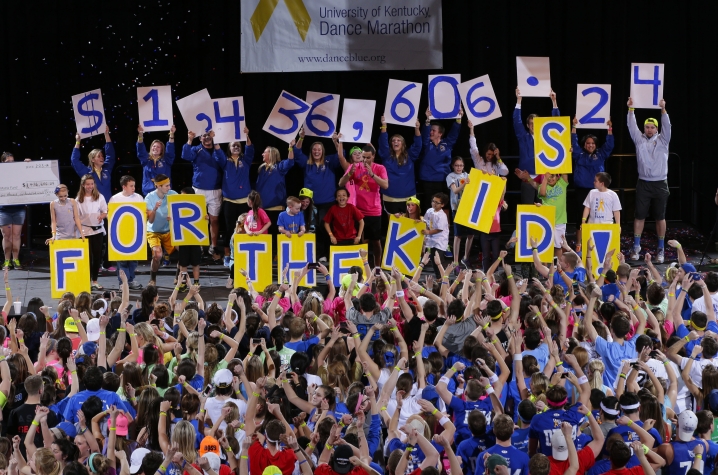 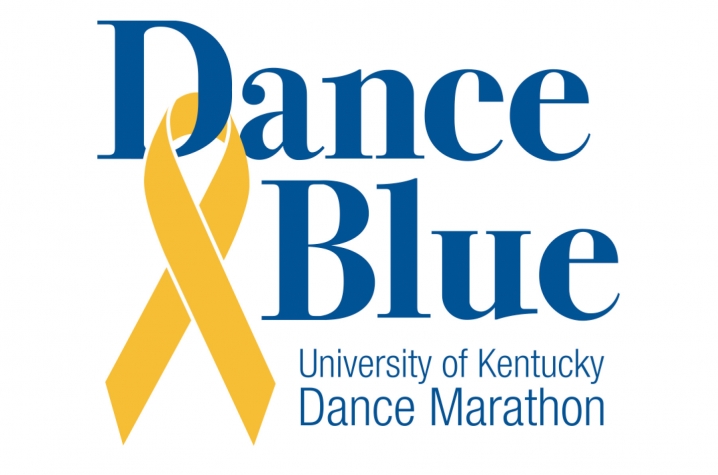