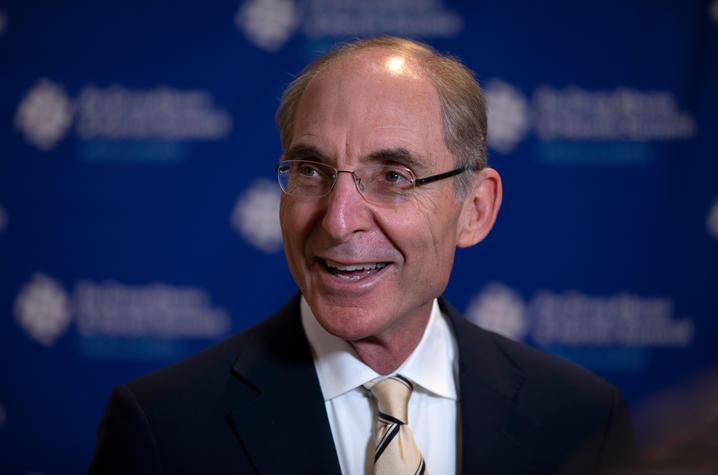 Capilouto will serve a one-year term after he was elected to the post by his peers at the SEC’s annual spring meeting in Destin, Florida, last week. University of Georgia President Jere Morehead will serve as vice president of the SEC.

Capilouto became the 12th president of the University of Kentucky July 1, 2011. Under his leadership, the Commonwealth's flagship and land-grant research university has grown from $2.7 billion to a proposed $4.2 billion in total operations for 2019-2020 and has gained significant momentum in fulfilling its multifaceted mission of teaching, research, service and health care.

President Capilouto has led an eight-year, $2.4 billion re-building of the campus and its athletics facilities. Specifically, through his partnership with Athletics Director Mitch Barnhart, UK has invested some $300 million in athletics facility construction, renovation and improvement — including a renovated Kroger Field and new Kentucky Proud baseball stadium that opened this past fall.

UK Athletics remains one of the few self-sufficient athletics departments in the country, receiving no state or general funds from the university. In fact, UK Athletics donates millions of dollars back each year to the university’s academic enterprise, including funding nearly two-thirds of the $100-plus million Jacobs Science Building in the heart of the UK campus.

For the 14th consecutive semester, University of Kentucky Athletics has surpassed its goal of a department-wide grade-point average of 3.0. And the NCAA recently released its Academic Progress Rate report, showing that all UK teams surpassed the NCAA cut score. Six teams had perfect scores of 1,000 and were recognized with national awards for being in the top 10 percent of their respective sports.