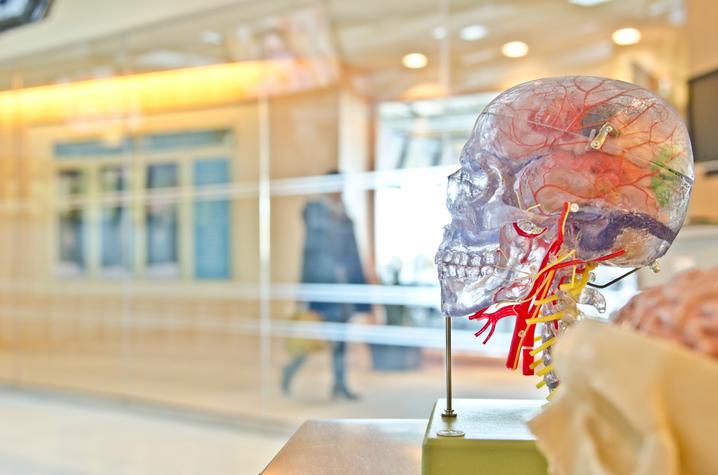 New findings from the University of Kentucky published in the Journal of Neuroscience demonstrate that there may be ways to address blood-brain barrier dysfunction in epilepsy.

LEXINGTON, Ky. (May 4, 2018) - New findings from the University of Kentucky published in the Journal of Neuroscience demonstrate that there may be ways to address blood-brain barrier dysfunction in epilepsy.

Epilepsy is one of the most common neurological disorders and around one-third of epilepsy patients do not respond well to anti-seizure drugs. Until now, it was believed that the cause and effect of epilepsy was merely based on a dysfunction in the brain’s neurons. However, recent findings suggest that epilepsy can be caused by many other factors, including a dysfunctional blood-brain barrier. Essentially, seizures erode the lining of capillaries in the brain which plays a role in letting nutrients in and keeping toxins out. This can result in a “leaky” blood-brain barrier, which leads to more seizures, resulting in epilepsy progression.

Björn Bauer’s lab at the UK College of Pharmacy collaborated with Sanders-Brown Center on Aging scientists to conduct research focused on this barrier leakage. Bauer and colleagues hypothesized that glutamate, released during seizures, mediates an increase in certain enzymes and activity levels, thereby contributing to barrier leakage.

Through their research, they found that the neurotransmitter glutamate, released during seizures, increased the activity of two types of enzymes, which increased barrier leakage. They also found that blocking the enzyme cPLA2 and genetically deleting cPLA2 may prevent the changes mentioned and the associated leakage. This suggests that cPLA2 is responsible for barrier leakage.

The data gathered implies that cPLA2 could be a pharmaceutical target to repair and normalize barrier dysfunction and improve the treatment of epilepsy and potentially other neurological disorders that are accompanied by blood-brain barrier leakage These strategies to repair barrier dysfunction could be valuable add-on treatments to existing pharmacotherapy.

This research was funded by the National Institute of Neurological Disorders and Stroke.