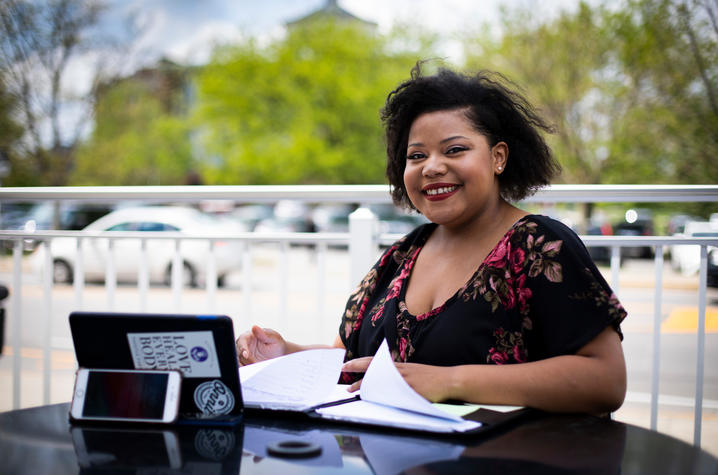 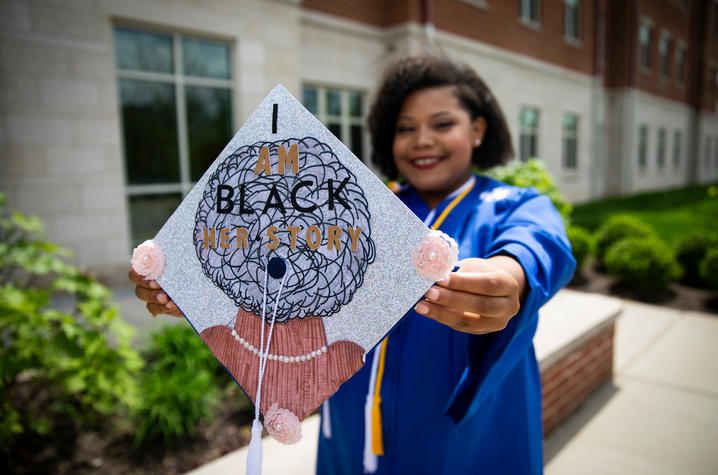 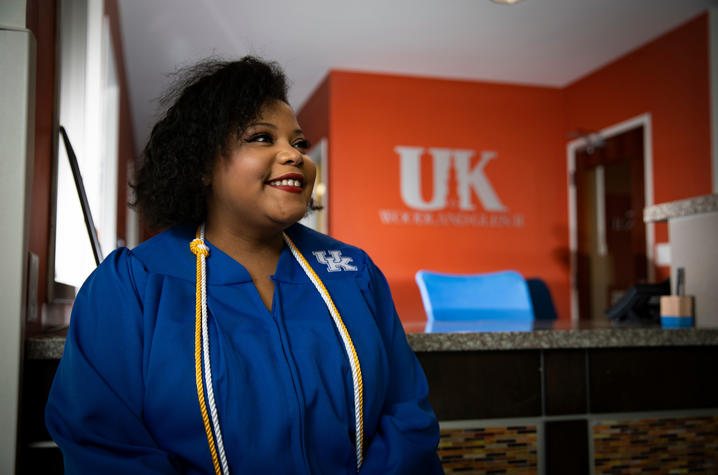 LEXINGTON, Ky. (May 3, 2019) — Despite the war on drugs during the 1980s and '90s, their grip continued to tighten on thousands of people across America. Drugs were easily accessible to young people, as communities were devastated by their effects. Although Jazmin Nichols was yet to be born, she still felt the impact of this era years later.

During this time period Nichols’ parents were surrounded by drugs in their community and, like so many others, became users as well.

"They weren't seeking this out, it was a whole epidemic when they were in their 20s, and they have been using the entirety of my life and my older sister's life."

Her earliest memory of her parents' addiction and the pain it caused was at the age of 4 when she helped her older sister with a drawing.

"'When you do drugs, it makes us sad.' My sister wrote the words, and then I drew a picture of me being sad," Nichols said.

Growing up, Nichols was affected by their addiction, but her parents never allowed their children to see them in the act. As an adult, she now remembers how they would always wait until the children were sleeping or would hide when they were using drugs. As a young girl, Nichols knew that her parents were on drugs, but never recognized it as a problem, because her parents were functional users.

Functional users are people who can fulfill their basic needs of life, such as taking care of kids, paying bills and even going to work, while still abusing drugs. But as Nichols grew up, the situation became more apparent to her, and began disturbing her school life, something she was passionate about from a young age.

As someone who values education, learning became an escape for her. From the beginning of her schooling Nichols excelled and was placed in one of the best programs in her school in Louisville, Kentucky. She didn’t want her two lives to cross paths, but one day they did, and that is a moment she will never forget.

"Fifth grade graduation, my parents made me late. They would be up all night, and when it was time to get up in the morning, it's like oh no — it was a whole string of things. I was like oh, I'm kind of used to home life being out of whack, but you’re messing up school now, and I literally I came in during the song."

In her eighth-grade year, Nichols' mother had another child, and found out she had cancer. Thankfully, her mother has been in remission for almost 10 years. But at that time, their relationship started to falter and would continue down that path. Over time, being at home wasn’t the safest place for Nichols, and school was being affected as well.

"I'm a smart girl, so I'm in the advanced classes, and I'm the only black girl, and I miss 30 days of school."

After two years of issues at home adversely affecting her life at school, Nichols had enough. The person she trusted the most was her grandmother, and she decided to speak up and tell her what was going on.

But at the same time, Nichols felt a piece of her was betraying her parents, and that is something she battles with even today.

“The truth hurts, and especially when it's someone you love. But in this case, the truth literally set me free.”

The move was a fresh start. It gave her the ability to solely focus on school, her haven.

"I accelerated so much after moving from my mom. I was president of Gay-Straight Alliance, joined a couple sports, I could be a kid."

Nichols joined all types of organizations in high school, her attendance went up, and in turn her grades were back at the highest level.

Home life became better, and being with her grandmother brought peace and stability, something she wasn’t used to. It was something so simple, but so needed during that time.

One of the best parts of the move was that Nichols was now able to deal with her trauma and let the healing process start. This takes time — no step in that journey is easy, and each one requires vulnerability most don’t have. Even today, Nichols is still on that healing journey, crediting her grandmother as its genesis.

As Nichols wrapped up high school, college was approaching, and the chance to redefine her fate for her and her family was a decision she had to make.

After months of thinking, she finally decided she was coming to the University of Kentucky.

“It was free, close to home, and would provide me a full college experience.”

Nichols received the William C. Parker Scholarship to attend UK. Coming to college has granted Nichols the upward mobility she had longed for. She is a firm believer in education and feels that has been the silver lining in her life.

"I'm finding myself, I'm doing awesome things. My GPA is great, my resume is spectacular, I’ve got a great relationship, I'm even moving to Vegas after school."

While at school, Nichols has continued her healing process and has learned the beauty of compassion and understanding.

As great as being at UK has been, home is still where her heart is, specifically with her younger siblings who she thinks about on a daily basis.

"It's been hard, because my little brothers and sisters are still there, and they are my heart," Nichols said. "The whole time I've been in college I've been worrisome of leaving them behind."

Programs that helped Nichols cope with some of her childhood issues are no longer available to her younger siblings and other kids who have experienced similar situations.

This weekend, Nichols will become the first in her family to graduate from college, culminating a journey that defied the odds against her. The psychology and African American studies major has successfully triumphed over adversity in her life, an accomplishment her family acknowledges.

After graduation, she plans to launch her own event planning business and will apply to graduate school to pursue a master’s degree in public administration.

For anyone who is dealing with difficult situations in their life, Nichols wants to remind them that the struggle can’t define you as you long as you don’t let it.