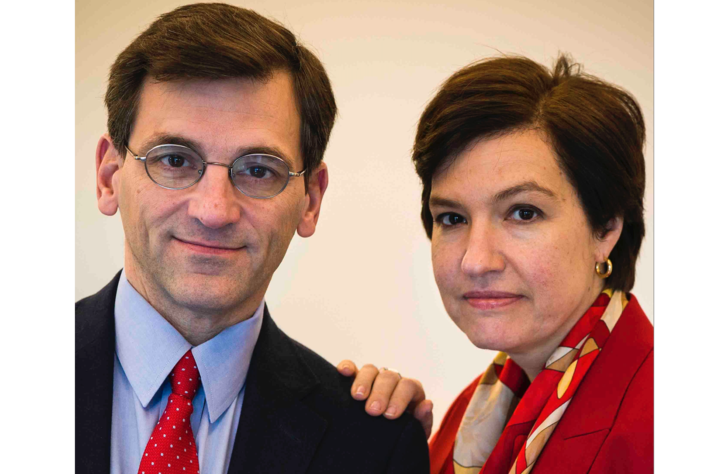 LEXINGTON, Ky. (April 1, 2021) — Renowned journalists Peter Baker and Susan Glasser, political journalism’s “first couple,” are scheduled to deliver the Joe Creason Lecture, held by the University of Kentucky School of Journalism and Media in the College of Communication and Information, at 6 p.m. EDT Wednesday, April 21, via Zoom.

The husband and wife duo are longtime Washington journalists who have written for years about the intersection of politics and the world. Peter Baker is the chief White House correspondent for The New York Times and an MSNBC political analyst. He has covered the last five presidents for both The Times and The Washington Post and is the author or co-author of six books, including "Days of Fire: Bush and Cheney in the White House," selected as one of the Top 10 Books of 2013 by The New York Times Book Review, and "The Breach: Inside the Impeachment and Trial of William Jefferson Clinton," a New York Times bestseller.

Susan Glasser is a staff writer for The New Yorker and author of the weekly “Letter from Biden’s Washington” as well as a global affairs analyst for CNN. She previously was the editor of POLITICO and founder of POLITICO Magazine. Before that, she was editor-in-chief of Foreign Policy magazine following a long stint at The Post, where she was assistant managing editor for national news and editor of the paper’s Outlook section. Publications she has edited have won multiple National Magazine Awards.

Baker and Glasser have written several books together, most recently "The Man Who Ran Washington: The Life and Times of James A. Baker III," a New York Times bestseller. They live in Washington with their son and are currently at work on a book on the Trump presidency. The two often appear both separately and together on television news programs such as "Washington Week" on PBS, NBC’s "Meet the Press" and "Washington Journal" on C-SPAN.

“We are thrilled to have both of these incredible journalists share their insights and experiences regarding politics and the news industry with our students, faculty and greater UK community,” said Erika Engstrom, director of the School of Journalism and Media. “Our ‘catch’ of Peter Baker and Susan Glasser is thanks to our own Al Cross, journalism extension professor and director of the Institute of Rural Journalism and Community Issues, whose vast ties to the journalism profession helped us to secure this stellar team to deliver this year’s Creason Lecture.”

This year’s lecture on April 21 via Zoom will be available at https://ci.uky.edu/jam/events.