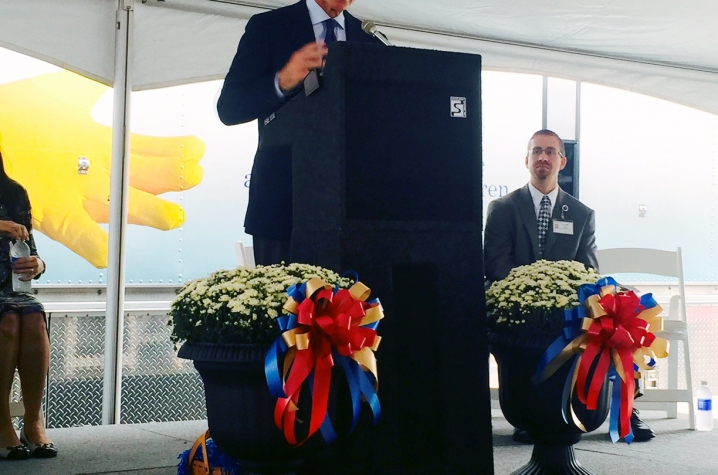 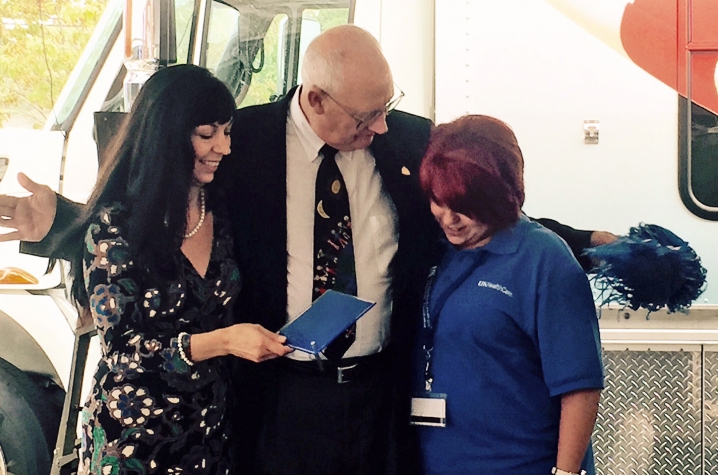 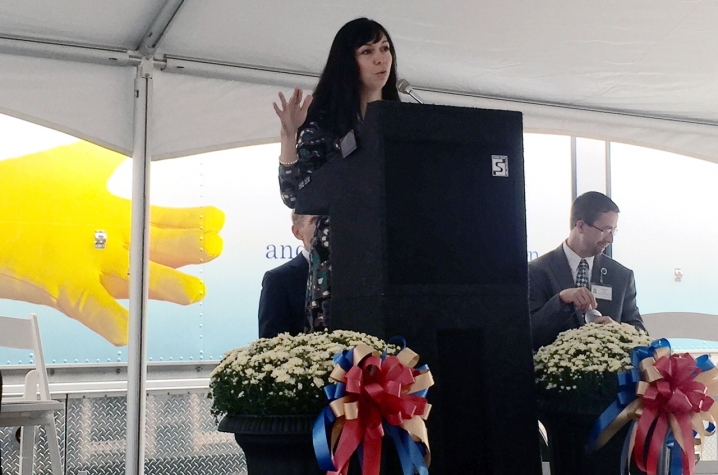 As part of the day’s events, was the recognition of the accomplishments achieved in the first 10 years of the program, including a decrease in tooth decay rates of nearly 20 percent, cutting in half the urgent dental needs of children and improving treatment completion rates through local partnerships. When the program began, children in Eastern Kentucky had the worst oral health in the state and the second highest tooth decay rates in the nation.

In 2005, UK’s North Fork Valley Community Health Center received the Ronald McDonald Care Mobile, a dental office on wheels – one of only 40 in the world. A year later, the clinic applied for distinction as a Federally-Qualified Health Center (FQHC), and was awarded their first HRSA (Health Resources and Services Administration) grant in 2006, funding that would be used to offer a sliding fee scale to uninsured and underinsured residents of Perry and surrounding counties.

“The baseline data was disturbing, especially when compared to national data and the HealthyPeople 2010 goals.  A staggering 6 out of every 10 Head Start children and 7 out of every 10 of elementary school children had untreated tooth decay, and nearly 20 percent had urgent dental needs,” said Stone. “At nearly every Head Start center visited over the four-county area, at least one child in each center had all 20 baby teeth grossly decayed with multiple abscessed teeth. Compared to national data, the children in this service turned out to have the second highest untreated tooth decay rates in the nation, second only to the isolated Alaskan Native/Native American populations.”

Slowly but surely, each school year, the tooth decay rates kept decreasing a few percentage points at a time, with an overall drop of nearly 20 percentage points to date, and the urgent dental needs have been cut in half, Stone said.

“We have noticed this new generation is growing up with little to no dental anxiety,” Stone said. “They enjoy their dental visits on the mobile at their schools, and often ask if they can have another turn.”

Through one-on-one as well as classroom-based oral health education, young patients better understand the importance of their baby teeth and they are teaching their own families about the importance of dental care. Additionally, school officials have seen that the children are able to concentrate and learn better in school and miss less school for dental visits and dental pain. Finally, children with healthy smiles are showing more self-confidence and self-esteem, which might possibly be the biggest obstacle children in poverty struggle to overcome.

“As president of UK, but also as a dentist with a public health background, I am especially happy to know we are reaching out to children in the schools and daycares and providing them the preventive dental care they need to get a good head start on life,” said Capilouto. “Prevention is always the key to improving both oral and general health for all Kentuckians and to the many people here who have been instrumental in this program, I offer my appreciation and admiration for the great work that has been achieved.

“The University is pleased to be part of this dental outreach program that offers children an opportunity for improved health, improved learning, ad improved lives as future citizens of the Commonwealth of Kentucky.”