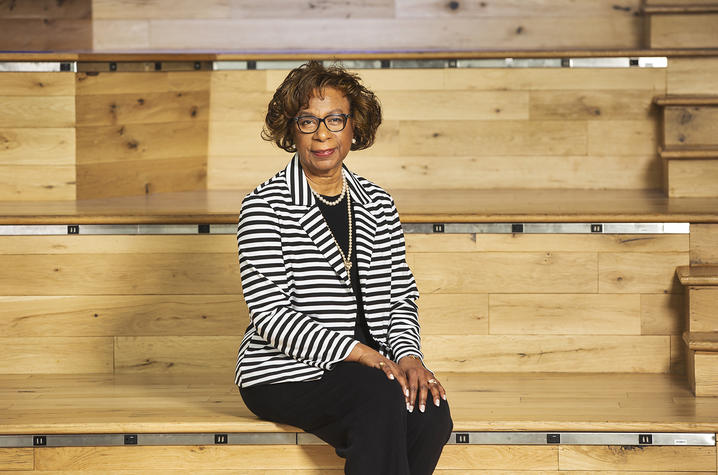 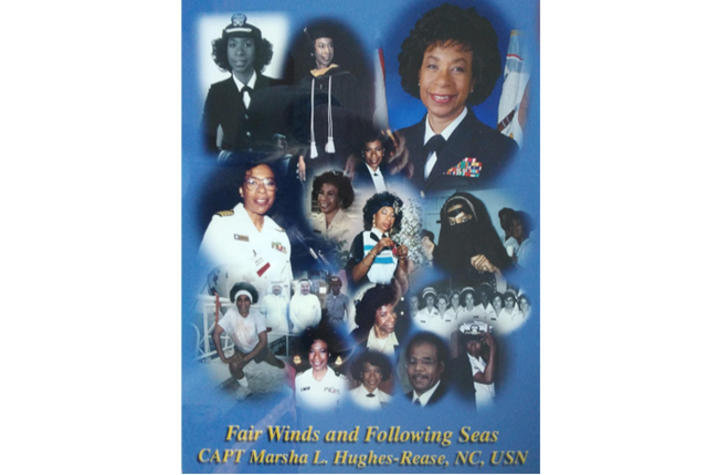 “My father was in the Army, and I was very much used to being in an environment where I was the only African American, or one of a few,” said Hughes-Rease. “As a matter of fact, it would have been more strange if I had seen more black students in our class.”

Such was the environment of UK at the time. The university was integrated just 20 years earlier with the admission of Lyman T. Johnson. Hughes-Rease recalls seeing very few African-American students on campus; “Nothing like what I see today,” she said.

It wasn’t until several years later, when she was applying to graduate school at University of Pennsylvania, did she find out she had been the first. She needed a letter of recommendation, so she asked Juanita Fleming, Ph.D., who, during Hughes-Rease’s time as a student, was the only African American faculty member in the College of Nursing.

“When she wrote the letter, the very first line stated, “Marsha, our first African American graduate from the College of Nursing,” and then she went on to talk about how well-suited I would be for the graduate program,” Hughes-Rease recalled. “I really only remembered those first few lines of that letter, because, when I read it, I was just taken back. And I have to admit, I cried. And the reason that I cried was because some things began to really come together. It was kind of like connecting the dots.”

Hughes-Rease understood that she had experienced institutional racism and unconscious bias while a student at UK. It was embedded in the university as a whole, not just within the College of Nursing. While she doesn’t recall the nursing curriculum being any harder for her than for her fellow students, she was able to look at certain experiences and situations in a new light.

“Once I sat down and I was able to kind of unpack what I had newly learned, and make meaning of my experience a little bit differently, I thought, OK, now this makes sense, as I'm now recalling different events and reshaping the narrative that I had built around it.”

One such instance occurred when Hughes-Rease was a junior and writing patient care plans. One of her patients was an elderly African American woman who had no teeth and wasn’t eating the hospital food. When Hughes-Rease asked her what she would like to eat instead, the woman requested cornbread and pot liquor – the broth boiled off from collard or mustard greens and a staple food for many African American families at that time. Hughes-Rease determined her patient would get more nutrients from the pot liquor than from hospital food, so she made a note in her care report recommending that the patient should eat the food her family brought from home.

Her faculty supervisor did not agree.

“I get my care plan back and there is so much red on this care plan that it looks like it's bleeding, like it's hemorrhaging,” recalls Hughes-Rease. “And I am just amazed that someone could put this much criticism on a care plan. But I think that what really stuck out at me the most was the criticism around that particular intervention that I was recommending.”

Hughes-Rease voiced her concerns to Fleming, who was teaching at the graduate school level. Unbeknownst to her, Fleming called a faculty meeting to discuss the incident and the bias against Hughes-Rease by the white faculty member. She found out about this meeting years later, and about how Fleming and other members of the faculty were rooting for her to succeed.

Looking back on the incident, Hughes-Rease has some advice for that 21-year-old nursing student.

“I would say to my younger self, Marsha, this is not the first time that you've experienced racism or unconscious bias, and it certainly is not going to be the last time. So you're going to have to really develop some strategies around resilience, but you're also going to have to think about how you can work to address some of those social justice issues that, perhaps, you don't have the power or influence to address now. But you're being prepared. You're being prepared for addressing those challenges.”

Those challenges weren’t far off. When Hughes-Rease joined the Navy in 1973, there was significant discrimination, institutionalized racism and even race riots on aircraft carriers. She felt as though she jumped “from the skillet to the frying pan” after going from an academic institution to a military one that were both fraught with bias and racism. Unsure whether she could handle such a tense and unfair situation, she called her father.

“My father said, you're going to be one of the people to change it. And I defied him by saying, I don't intend to be around that long. I'm going to stay my three-year obligation, and then I'll be out.”

But he was right. Her three-year obligation turned into a 26-year career where she became part of the Navy’s diversity program as an advocate for race and gender. As a senior officer, she was able to eventually influence positive change throughout Navy Medicine as part of the Navy Inspector General who reported to the Secretary of Navy.

While in the Navy, Hughes-Rease served in the Navy Nurse Corps and was deployed on the U.S. Naval Ship (USNS) Comfort during Operation Desert Shield and Operation Desert Storm. She was twice awarded the Meritorious Service Medal, the Legion of Merit Medal and Combat Action Ribbon, among other accolades. It was while she was in the Navy that she found herself in a position of leadership. She was department head for the medicine ward on the USNS Comfort, and she held a number of other leadership positions during her career.

“When you join the Navy Nurse Corps, you're going to be a nurse but the expectation is that you're also going to be a leader,” said Hughes-Rease. “There's an expectation that you are able to integrate the two.”

As a nursing student, she was beholden to the policies and regulations of her supervisors and the hospital. But she found herself questioning the nature of the policies and where they came from.

“The one question that I was always asking, when I was at the unit level, was why are people who are not down here on the floor making decisions about those of us who are down here on the floor?” she asked. “Where is this protocol coming from? Where is this policy coming from? But once I moved into a management role, and I began to be exposed to the decision making, I realized that I wanted to be part of the decision-making process. I needed to see the big picture. And so that's what led me into leadership.”

Hughes-Rease founded Quo Vadis Coaching and Consulting, which works with organizational leaders to create innovative and positive professional work environments. As a consultant, she has worked with over 40 hospitals to attain an excellence designation. As an executive coach, she works with senior leaders and executives on self awareness and self management as well as issues around diversity, inclusion, and belonging. She holds a graduate degree in Nursing Administration, a graduate degree in Organization Development, and a graduate certificate in Evidence-based Coaching. In 2019, she was awarded UK’s Lyman T. Johnson Award Torch of Excellence Award for her work in diversity leadership.

“As dean of the UK College of Nursing working hard to address diversity and build a strong community of belonging, having Marsha speak to our faculty and students was an incredible experience – they were captivated by her inspiring story,” said Dean Janie Heath, Ph.D. “Like Mary Eliza Mahony, the first African American nurse in 1879, Marsha broke barriers and laid the foundation to make nursing and nursing leadership a more diverse and inclusive field. We are grateful for her contributions and proud of what she has accomplished.”

Looking forward to the future of both the College of Nursing and the nursing profession, Hughes-Rease says there is not a final destination in terms of diversity and inclusivity. And that’s not a bad thing.

“That means that you're going to always be on the journey,” said Hughes-Rease. “And so that whole notion of the destination should be the vision. And that vision is going to change. And just as you think that you are that much closer, it changes, because the environment that we are in is constantly changing.”