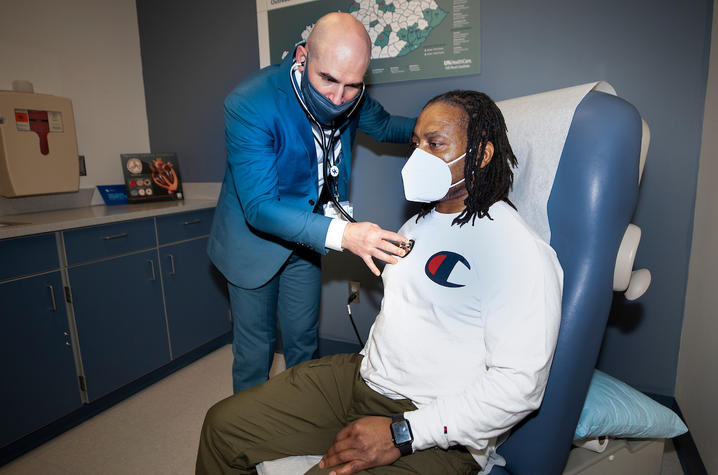 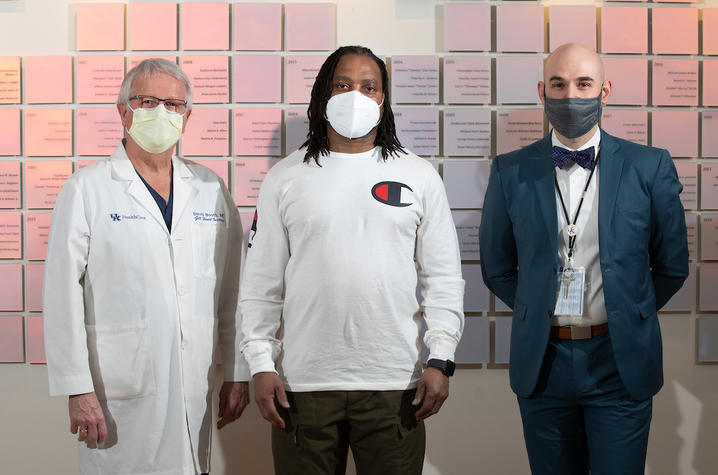 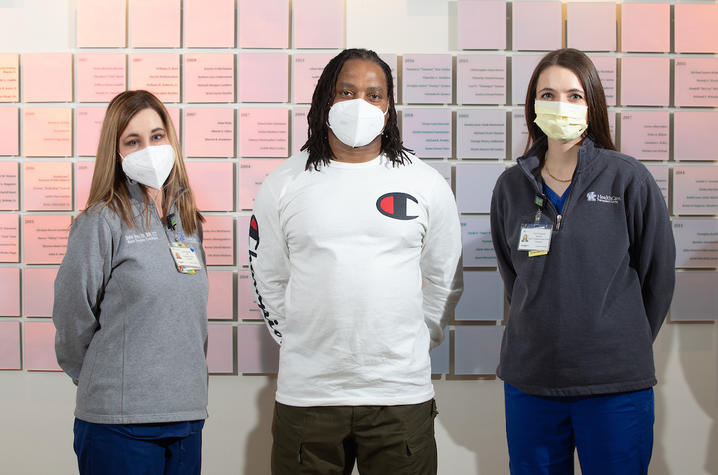 LEXINGTON, Ky. (Feb. 15, 2021) – Charles Hill always considered himself a nearly perfect picture of health and it is something that he worked hard for.

Hill, an Army and Navy veteran, was an avid gym-goer, working out since he was 14 years old. He was able to deadlift and squat hundreds of pounds easily. If he wasn’t at the gym, he was out for a walk, between three and four miles a day. He also maintained a healthy diet as much as possible. That’s why in 2013, when Hill was out for a morning run, he was surprised to feel unusually short of breath. His friend suggested he get checked out at the VA Medical Center (VAMC).

It turns out Hill had an abnormal heartbeat, or an arrhythmia. He would have multiple treatments to try and correct it, including cardiac ablations and cardioversions.

All the while, Hill continued to run his mobile auto detailing business – it is one of his greatest passions, having detailed cars since 1992.

“From serving in the Army and Navy to working and manning my own business, I have always had a strong work ethic,” Hill said. “It is important to me that I always put my best foot forward, despite any challenges that come my way.”

Hill had a particularly rough year in 2018, five years after he first sought treatment for his heart condition. He found himself in and out of the emergency room.

“I was having fluid drained from my body almost once a month,” Hill said. “The last time was particularly difficult. I could barely make it 50 feet to get out of the car and walk up to the counter.”

Doctors determined Hill was having ventricular tachycardia (VT), an arrhythmia that occurs in the lower chambers of the heart. VT can be life threatening and requires immediate medical attention and treatment. Therefore, Hill was admitted to UK HealthCare for further investigation and treatment.

Dr. David Booth, a UK HealthCare cardiologist and professor of medicine who specializes in interventional cardiology and pulmonary hypertension, is also a member of the heart failure team. He took on Hill’s case.

“Dr. Booth changed the whole game,” Hill said. “Within five minutes after meeting me, he said I needed a new heart.”

It wasn’t until Booth officially diagnosed Hill with left ventricular noncompaction (LVNC) that he knew the extent of his illness. He was in advanced-stage heart failure. LVNC is a rare heart condition that causes life-threatening heart rhythm abnormalities and weakens the heart muscle. Hill’s case is genetic, but he never knew about it until the diagnosis.

“Heart transplant is a major surgery,” Booth said. “As long as the patient continues with follow up care and works hard to maintain their heart health, their quality of life is generally better than before transplant.”

“Dr. Booth was the driving force in Mr. Hill being transplanted at UK HealthCare,” Dennis said. “Without his diligence, Mr. Hill would have had to relocate away from his daughter to a VAMC in either Tennessee or Virginia. Dr. Booth is one of the biggest patient advocates I have ever worked with.”

Hill was on the transplant waitlist for about three months before getting called in for transplant. He declined to accept the donor at that time because he had booked a flight to visit his daughter and granddaughter in Florida, which he felt was important before going through the heart transplant surgery. About six months later, on September 28, Hill got another call, and he accepted the donor. Dr. Michael Sekela, surgical director of the heart transplant program, and Dr. Suresh Keshavamurthy, UK cardiovascular and thoracic surgery, performed Hill’s transplant.

“I did not feel sick, but I knew I needed it because my heart was weak,” Hill said. “I prayed about it and God told me to move forward.”

He credits his faith and his team of doctors and nurses for pulling him through. If it were not for his team advocating for him, he is certain his life would have a different path.

“The presence of God is on you really strong after you go through something like this,” Hill said. “You are so emotional, so thankful for the donor and the doctors, and so grateful to be used in a way that shows God’s faithfulness.”

Hill was only in the hospital for 12 days after his transplant surgery and seemed to be recovering well – he was back to walking a few miles a day. The day before his one-year transplant anniversary, Hill experienced rejection requiring hospitalization. He was admitted for six weeks, not knowing what the outcome would be. He turned again to God to help him pull through.

Thankfully, Hill did pull through and is back on the mend, taking things one day at a time. He continues to be followed by Dr. Booth and Dr. Andrew Kolodziej, medical director of heart transplantation.

“It is thrilling to see our patients, including Charles, recover well from transplant surgery,” Kolodziej said. “Of course, it is essential to monitor their progress, and through this close follow up over the years, we become part of their family.”

Hill plans to re-open his mobile auto detailing business this spring and continues to work hard to get back to his pre-heart failure strength.

“My team at UKHC is truly amazing. They saved my life and I owe them, and God, everything,” Hill said. “I just hope that I can continue to get better and live my life without any more complications. If I have learned anything throughout this process, it’s that I am a warrior.”