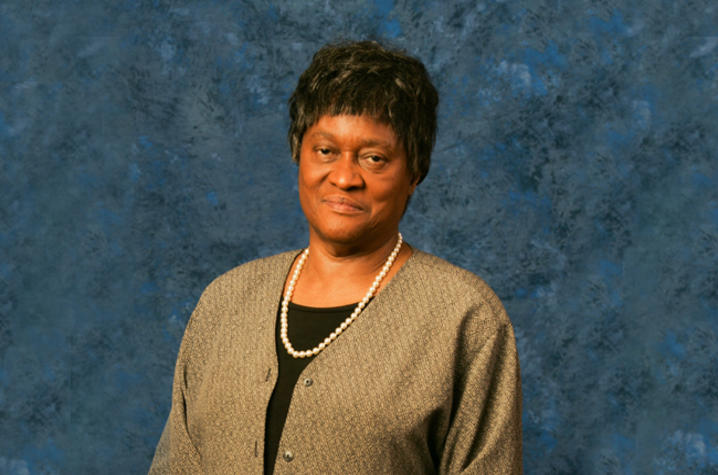 Dr. Fleming was the first African-American professor in the College of Nursing.

Fleming was a pioneer in her field, as the first African-American professor at UK’s College of Nursing. She led trailblazing efforts in the areas of research and education, focusing the majority of her career on the well-being of children and their families. She retired from the University of Kentucky in 2001 as a special assistant to the president of UK working in Academic Affairs.

Fleming was an important force for good in the college and at the university,” said former UK College of Nursing dean Carolyn Williams. “She was not only an influential faculty and administrative leader, but she was a wonderful colleague to me and many, many others. One of her contributions for which I am particularly grateful is the important groundwork she laid for the development of our College’s PhD in Nursing. So many are fortunate to have benefited from her generous spirit and the nursing profession is stronger for her legacy.”

Fleming began her career at UK in 1969 in the College of Nursing as an Assistant Professor, and was soon after appointed chair of maternal and child health nursing. She went on to become associate dean and director of the college’s master’s program. While retaining her professorship at the College of Nursing, she also went on to hold a joint appointment as a professor of education policy studies and evaluation in the College of Education.  In 1985, she was also appointed as the vice chancellor for academic affairs for UK’s Medical Center and she closed out her career at the university working in the office of the president.

Fleming was also a reviewer for several professional publications and served as a consultant and evaluator for the Leadership Enhancement and Development Project (LEAD), funded by the Kellogg Foundation. She was a member of The National Academy of Medicine and a Fellow of the American Academy of Nursing. And in 2004, she became the first College of Nursing faculty member to be named a “Living Legends” by the FAAN – an elite declaration by the nation’s top nursing organization.

“Dr. Fleming’s patience and presence had a profound impact on me as a student and as a future nurse leader,” said Marsha Hughes-Rease, the first African-American BSN graduate of UK’s College of Nursing. “As a graduate professor, she took the time to thoughtfully listen to my concerns as an undergraduate student and helped me become more self-aware. The example she set as a prominent African-American figure in the College was meaningful to my experience, and I will always be thankful for the impact she had on my life.”

Fleming passed away in March 2019.  Her accomplishments and legacy continue to live on in through her impact on research, education and those who knew her.

Janie Heath, PhD, APRN-BC, FAAN, FNAP, FAANP is the dean of the University of Kentucky College of Nursing and Warwick Professor of Nursing