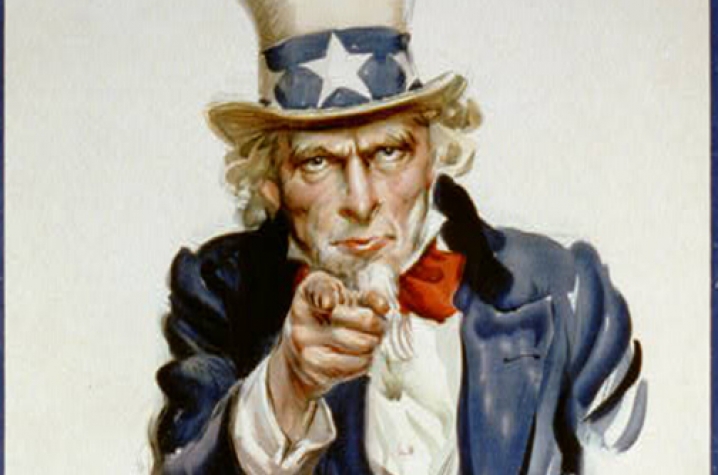 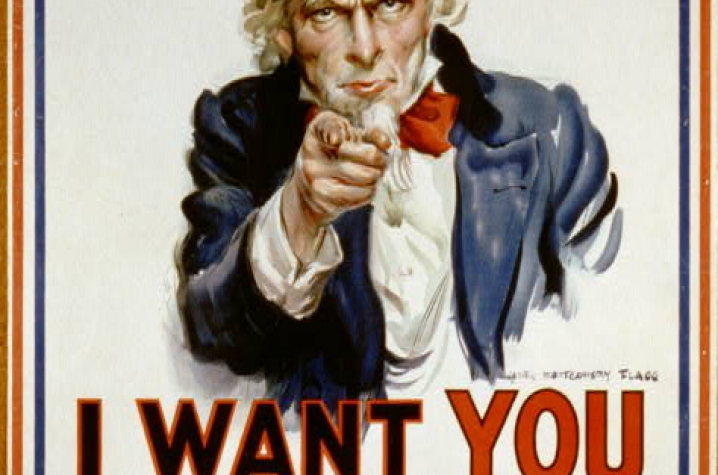 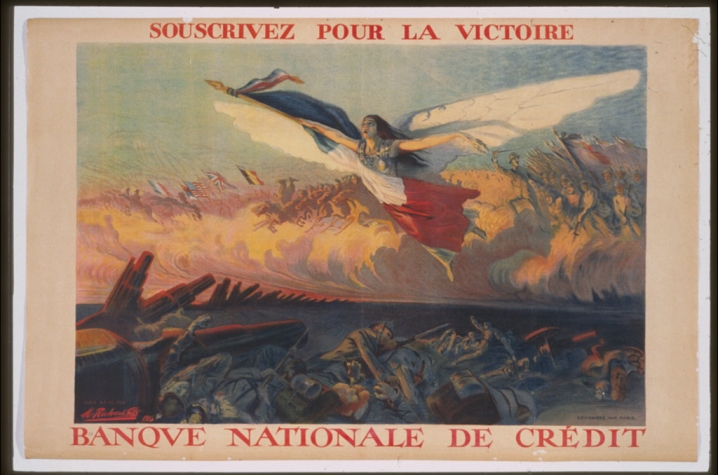 LEXINGTON, Ky. (March 18, 2011) − A new exhibition of poster art from World War I at the Art Museum at the University of Kentucky examines the use of the art form as a propaganda tool in wartime, while also providing a glimpse into life on the home front during that time. "World War I and the Art of Persuasion," on view through May 8, features rarely exhibited American, French and German war posters drawn from UK Special Collections Library and three private collections. This exhibition is free and open to the public.

The iconic image of Uncle Sam telling Americans "I Want You" is among the most recognizable posters included in the exhibition. Like many, it conveys a simple message with few words and strong graphics. Others, particularly the French posters, offer complex and beautiful imagery. Leading American illustrators, such as Howard Chandler Christy and James Montgomery Flagg, were called upon to help sell war bonds or entice enlistment in the Army, Navy and Marines. European counterparts, even French schoolgirls, were called upon to produce posters with similar messages.

"World War I and the Art of Persuasion" is a cooperative effort of the Art Museum at UK, UK Special Collections Library and UK College of Arts and Sciences. It was organized by Pearl James, an assistant professor in the UK Department of English, in conjunction with her course "Modern War in American Society."

As part of the exhibition, the museum will present the lecture "The Art of Persuasion," by David Lubin, the Charlotte C. Weber Professor of Art at Wake Forest University and a leading scholar in visual studies. The lecture will begin at 2 p.m. Thursday, April 7, in the President’s Room, in the Singletary Center for the Arts. This lecture is free and open to the public.