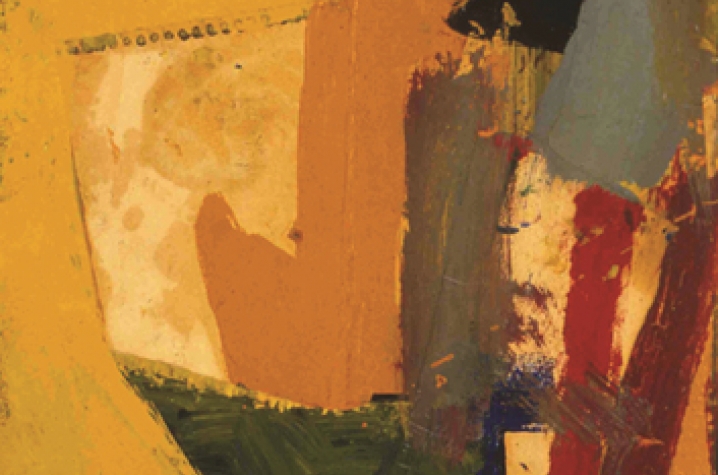 LEXINGTON, Ky. (March 14, 2011) − Time is running out to revisit the middle of the 20th century as the Art Museum at the University of Kentucky wraps its presentation of the exhibition "Mid-Century Modern from the Huntington Museum of Art." The show, which started on Jan. 9, will end Sunday, March 20.

"Mid-Century Modern" showcases paintings, prints, glass and sculptures of leading art figures, including Joseph Albers, Alexander Calder, Sam Francis, Helen Frankenthaler, Stuart Davis, Hans Hoffman, Franz Kline and Robert Motherwell. The pieces in the exhibition shed light on an art style that is often misleading in its apparent simplicity. The show explores the changes that occurred during the middle of the 20th century and how those shifts in art continued to influence artists.

Built around significant pieces from the Huntington Museum of Art in West Virginia, "Mid-Century Modern" also features major works from the permanent collection of the Art Museum at UK and a special loan from the Vilcek Foundation in New York.

Admission for "Mid-Century Modern from the Huntington Museum of Art" is $8 for the general public, $5 for senior citizens, and free for all UK students, staff and alumni. In addition, the exhibition will be free to everyone Friday, March 18, from 5 to 8 p.m. The Art Museum at UK is open from noon to 5 p.m. on Tuesday through Sunday and from noon to 8 p.m. Friday. For more information on the "Mid-Century Modern," contact the museum at (859) 257-5716.