LEXINGTON, Ky. (May 28, 2019) — How do you close out a yearlong celebration of 100 years of music excellence at the University of Kentucky? Share those talents on the stage of one of the nation's most celebrated music venues —Carnegie Hall.

"I think its going to be a thrilling opportunity for the students to perform in Carnegie Hall with this group and then to represent the (UK) School of Music and the College of Fine Arts as part of the 100th anniversary for the School of Music is a spectacular honor. It's going to be a pretty amazing experience," Director of Bands John Cody Birdwell.

Tomorrow evening, UK's Symphony Orchestra and Wind Symphony will take center stage at the beloved concert hall as they present a program in honor of this monumental anniversary. The concert featuring the university's best instrumentalists will begin 8 p.m. Wednesday, May 29, on Carnegie's Perelman Stage in the Stern Auditorium, in New York City.

As part of the centennial celebration, 130 UK musicians between the ages of 18-30 will appear onstage. The spectacular evening will begin with the UK Wind Symphony, conducted by Birdwell, performing an array of contemporary and traditional concert band compositions. Among the selections are John Philip Sousa’s "The Stars and Stripes Forever," all movements of Percy Grainger’s "Lincolnshire Posy," and the world premiere of "Wildcat Run" by composer James M. Stephenson, who will be in attendance.

Designed to be "nothing but solid fun for six minutes," "Wildcat Run" is a commission that highlights every section of the symphony, with hints of Stephen Foster’s “My Old Kentucky Home” — a nod to the university’s 100-year run.

Recent music education graduate and trumpet player Coleman Scott, of Frankfort, Kentucky, is excited to have this chance to perform as a Wildcat one last time. "I mean to get to go to Carnegie Hall as kind of the last thing I do at UK — it's a big exclamation point. I can't think of a better way to end my UK career than that."

Conducted by John Nardolillo, the UK Symphony Orchestra will follow with the Hector Berlioz stand-alone "Roman Carnival" Overture, and Antonín Dvořák’s famous Symphony No.9: "From the New World," which premiered at Carnegie Hall in 1893.

Oboist and graduate student Taylor McLellan, from Nicholasville, Kentucky, will play with both ensembles including performing the English horn solos on the two orchestra pieces. The responsibility doesn't seem to phase McLellan, who chose to continue her studies at UK after receiving her bachelor's degree in 2018. "Performing is what I love to do most. I have had a great teacher here to teach me oboe, so I am excited to represent UK in that way."

While UK Symphony Orchestra's return to the Carnegie Hall stage is quite special all on its own, it will also serve as the closing concert for the ensemble's own 100th anniversary at UK, after its founding by Carl Lampert in 1918.

But Nardolillo says those aren't the only reasons Wednesday's concert is a momentous event. "This is important for us because any time the students have a chance to play outside their normal hall, or outside of Lexington, or outside of their hometown, and to travel together, and to make music together and to meet new people and see new places — it broadens all of our horizons. It reminds us of our shared humanity, which is what music is really all about."

The School of Music in the UK College of Fine Arts has garnered national recognition for high-caliber education in opera, choral and instrumental music performance, as well as music education, music therapy, composition, theory and music history. 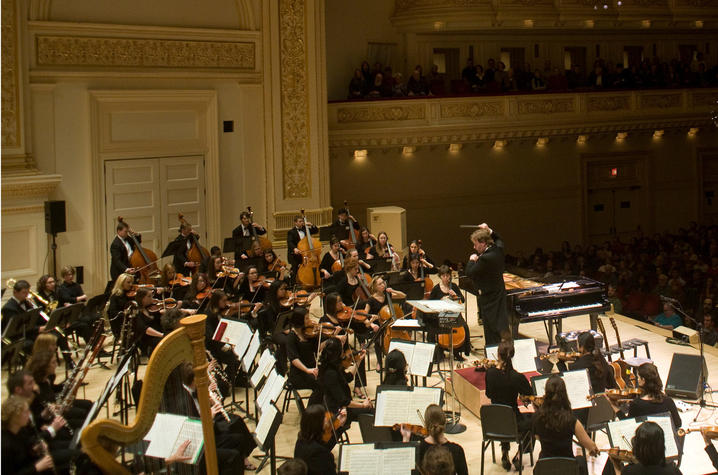 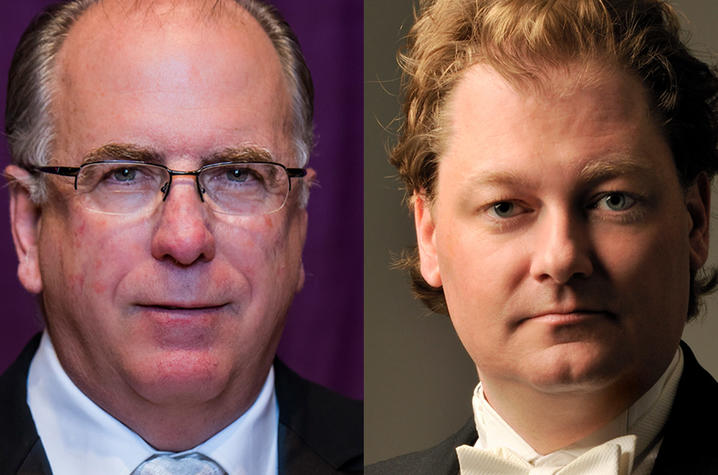