LEXINGTON, Ky. (Oct. 11, 2022) — While many of us are still finalizing our Halloween costumes and drinking our pumpkin spice lattes, another large group is preparing for an early start to the Yuletide season where they will cozy up by a fire watching a Hallmark holiday movie with a hot chocolate. And this year, the University of Kentucky family is being gifted with a Hallmark Channel movie featuring one of its own — UK Opera Theatre alumna Reshma Shetty.

Shetty will star opposite Hallmark leading man Will Kemp in “Jolly Good Christmas” premiering 8 p.m. Oct. 29 as part of the channel’s Countdown to Christmas campaign. The TV movie follows a “by-the-book” architect, David, who hires a free-spirited personal shopper, Anji, played by Shetty. The two embark on a “wild ride across London in search of the perfect Christmas gift,” but in the spirit of the Hallmark movies, they find something more.

Shetty holds a bachelor's degree from James Madison University, a master's degree in music from UK and an artist diploma from the Cincinnati Conservatory of Music.

Upon graduation from the conservatory, Shetty nabbed the lead role of Priya in A.R. Rahman and Andrew Lloyd Webber's first national tour of "Bombay Dreams," and was asked to appear as Ayah in Broadway's World AIDS day benefit "The Secret Garden." Additional theatre credits for Shetty includes roles and readings with the Contemporary American Theatre Festival, the New Dramatists and the Lark Theatre Company.

TV viewers may remember Shetty as Divya Katdare on USA’s “Royal Pains” and Talaikha Channaraypatra on CBS’ “Pure Genius.” She voiced Queen Angella on the Netflix animated series "She-Ra: Princess of Power" and appeared on "30 Rock," “Blindspot” and "CSI: Miami." 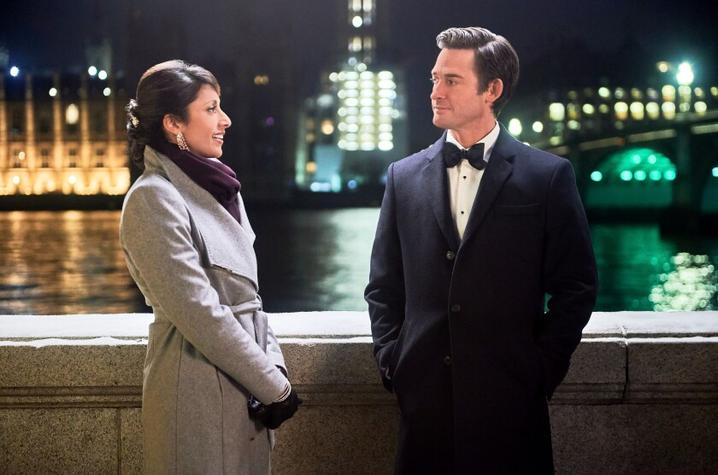