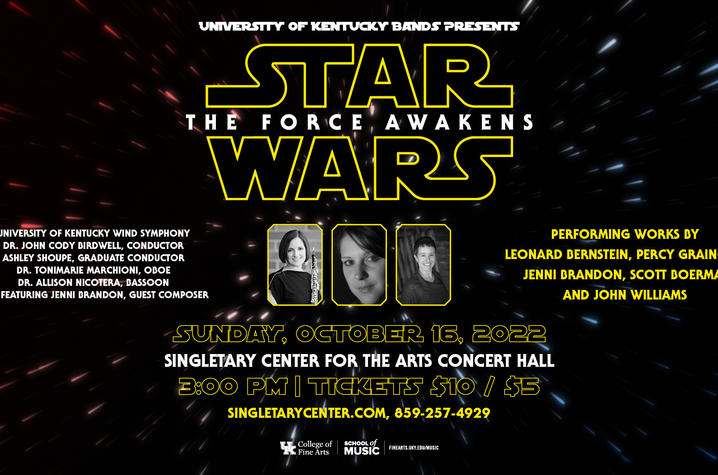 The UK Wind Symphony consists of the finest wind and percussion graduate and undergraduate students in the nationally recognized UK School of Music conducted by Birdwell, director of UK Bands. As the centerpiece of a band program that has served the Commonwealth of Kentucky for over 100 years, the Wind Symphony continues a rich tradition of performing the finest traditional and contemporary compositions in the concert band/chamber winds repertoire.

Tickets for UK Wind Symphony concerts are $10 for general admission, $4 for students and free for UK students with a valid ID before the day of the performance (at the Singletary Center ticket office). Tickets are available through the Singletary Center ticket office online at www.scfatickets.com, by phone at 859-257-4929 or in person at the venue.