LEXINGTON, Ky. (Oct. 16, 2019) — As the University of Kentucky continues to commemorate 70 years of integration on its campus this year, a special presentation was held last week at UK's annual Lyman T. Johnson Torch of Excellence Awards luncheon. Imar Lyman Hutchins, a Washington, D.C.-based artist and grandson of Johnson, unveiled a portrait he created of his grandfather, who was the first African American to attend UK in 1949, after a successful legal challenge.

Commissioned by the university as part of the year of commemoration, Hutchins titled the collage portrait of his grandfather "I lived half of my life in the darkness, and half in the light."

"This is what he used to say at the end of his life, roughly 45 years in each (half)," Hutchins said about his grandfather, who died in 1997 at age 91. "What he's saying is that he lived to see the same kind of power structure that threatened his very life (to) naming schools and streets after him. He was mindful of how tenuous the gains were."

When looking at the piece from several feet away, it appears upbeat, with a vibrantly yellow background and an older Johnson's face, laughing. But upon closer inspection of the collage, the viewer will see it is compiled of pieces of hate mail received by Johnson, along with various photos and other historical documents from throughout his life.

According to Hutchins, his grandfather continued to receive hate mail well into the 1990s. When asked why he chose to use those letters in the piece, Hutchins said "because it exists."

"That challenge of pulling together information — photographs, letters, correspondence, materials that speak to the bigger picture of who these people are — is a rather intriguing way of not just making a picture of someone and how they look, but what were their achievements, what were their struggles," said Stuart Horodner, director of the UK Art Museum. "In this case, I think he's done all of that with the portrait of Lyman T. Johnson."

The piece will be on display at the UK Art Museum through Dec. 8, and will then go to the Muhammad Ali Center in Louisville as part of its "Inheritance" exhibition. The piece will then come back to UK later next year where it will be installed permanently in Lyman T. Johnson residence hall at UK.

"What he's challenging us to do is rise above it," Hutchins said. "How could someone endure all these things and not be hard-hearted like the person who might have done it? You can say he still maintained his spirit, despite all that. That's part of the lesson for us."

Watch the video above to learn more about the artwork. 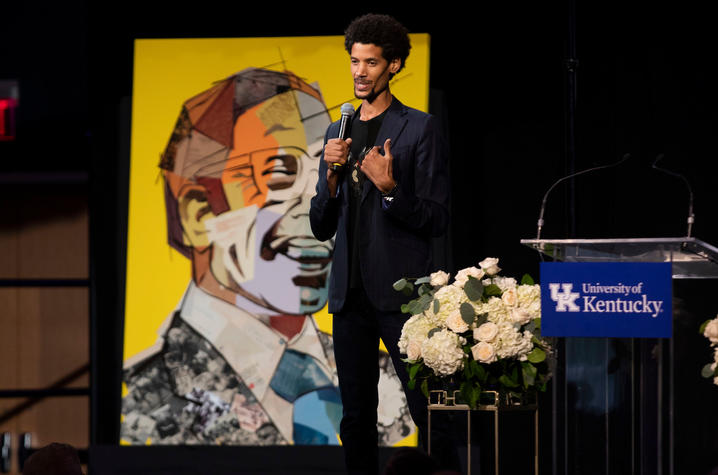 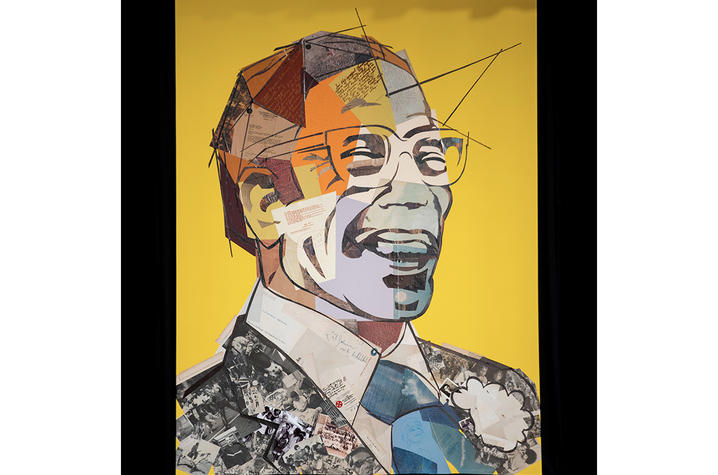 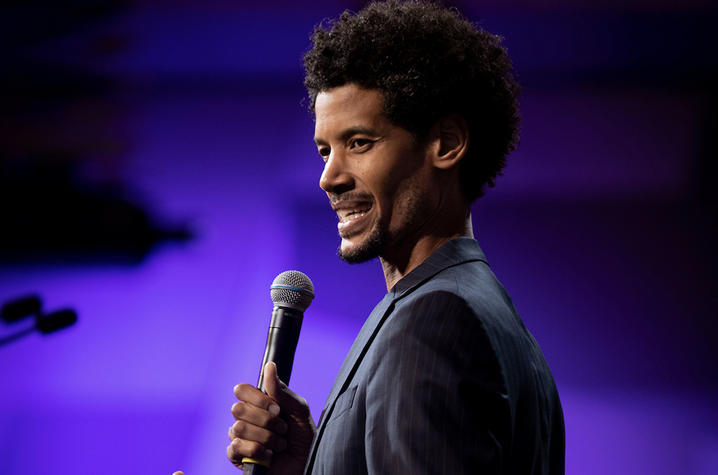