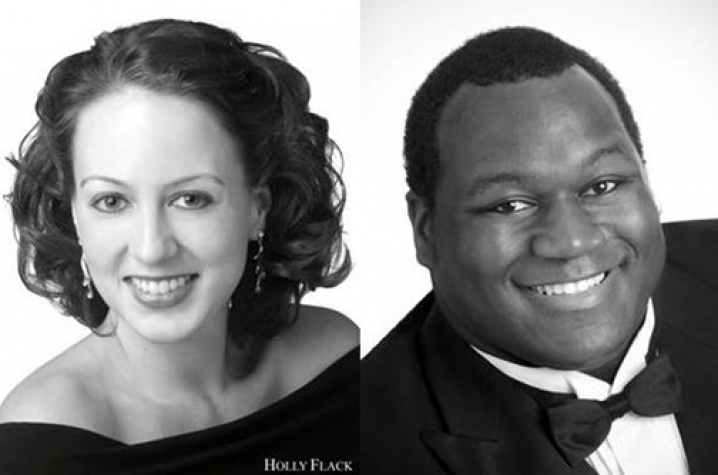 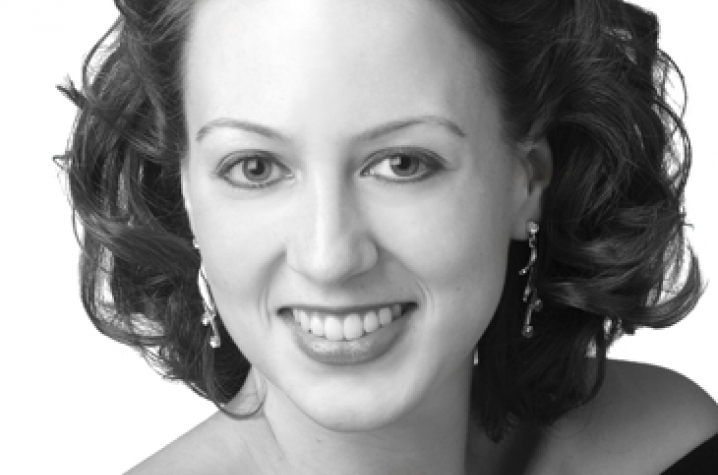 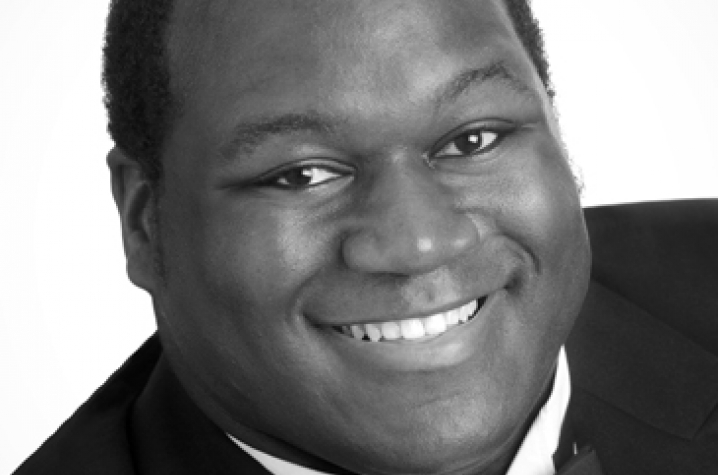 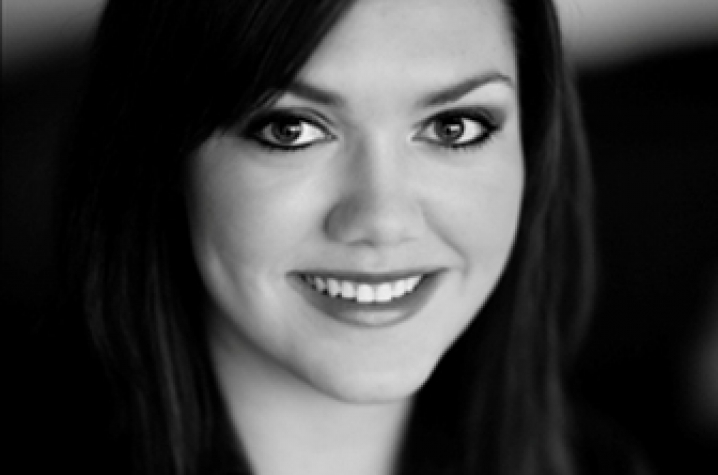 LEXINGTON, Ky. (Nov. 30, 2010) − University of Kentucky Opera Theatre (UKOT) vocalists Holly Flack and Reginald Smith Jr. sang their way to the top of the Kentucky District Auditions for the Metropolitan (Met) Opera presented Nov. 20 at Memorial Hall. Flack and Smith are among four winners selected to advance to the regional level of the Metropolitan Opera National Council Auditions. The contest's Encouragement Award was also presented to UK vocalist Mary Hollis-Hundley.

As two of the winners of districts, Flack and Smith will advance to the to the Mid-South Regional finals to be held Feb. 5, 2011, in Memphis, Tenn. Joining Flack and Smith at the regional competition will be other audition winners soprano Andrea Trusty, a graduate of Morehead State University, and mezzo-soprano Ursula Kuhar, of Indiana University.

Flack, of Portland, Ore., is a graduate student in voice performance under the tutelage of Endowed Chair, Professor of Voice Cynthia Lawrence. A colatura soprano, she holds a bachelor's degree from St. Olaf College. Flack, who last summer was selected to study at the Operafestival di Roma opera training program, is a previous recipient of the Encouragement Award at the 2009 Kentucky District Auditions, second place winner in the Advanced Women Division of 2010 Kentucky District of the National Association of Teachers of Singing (NATS) competition, and the recipient of the Phyllis Jenness Vocal Scholarship.

Smith, of Atlanta, Ga., is a voice performance and choral music education senior studying under the tutelage of Director of UK Opera Theatre Everett McCorvey. A baritone, he has compiled several performance and competition credits including solos in Mozart's Coronation Mass and Fauré’s Requiem with the UK Chorale, in performance with the Lexington Philharmonic, and in the musical revue "It's a Grand Night for Singing!" He most recently appeared as Colline in UK Opera Theatre's production of "La Bohème" this fall. In addition, Smith has been recognized with several honors during his time studying at UK. He finished with a first place undergraduate win in the Alltech Vocal Scholarship Competition in 2007, was named winner of the Senior Men Division of the 2010 Kentucky District NATS competition, and was selected to attend the Seagle Music Colony last summer.

Hundley, a soprano, was named the recipient of the Encouragement Award at the Kentucky District Auditions. She is an arts administration and voice performance senior from Louisville, Ky.

Aside from moving forward to regional competition, Smith and Flack received cash prizes. The competition, presented by Lexington Opera Society in cooperation with UK Opera Theatre, was judged by Met luminaries Danielle Orlando, William J. Powers (associate director of the Met's Lindemann Young Artist Development Program), and celebrated bass Samuel Ramey. Vocalists at the auditions were accompanied by Cliff Jackson, an associate professor of voice and vocal coach at UK School of Music.

The Metropolitan Opera National Council Auditions program provides a venue for young opera singers from all over the U.S. to be heard by representatives of the Met. Applicants prepare a minimum of five operatic arias in their original languages and selections must demonstrate contrasting style as well as languages. Upon completing the audition, candidates are given the opportunity to meet with the judges personally to discuss matters of evaluation and advice.

The Met holds the auditions to discover new talent and to search for possible participants in the Lindemann Young Artists Development Program. The Lindemann program, designed to nurture the most talented young artists through training and performance opportunities, provides financial aid together with supervised artistic direction to the young artists.

The district level is the first stage of the three-tiered audition process, and contestants can choose to compete in any district regardless of their place of residence. There is no set number of singers to advance to compete in the regional with roughly 1,500 singers participating each year in the 16 regions across the country. Regional finals for this area include participants from the Kentucky, Arkansas, Middle/East Tennessee, West Tennessee/Mississippi and North Alabama districts. Winners at the regional level advance to the National Council Auditions Semi-Finals in New York in the spring. Only eight to 10 singers are selected as national finalists and perform in the Winners Concert at the Met.