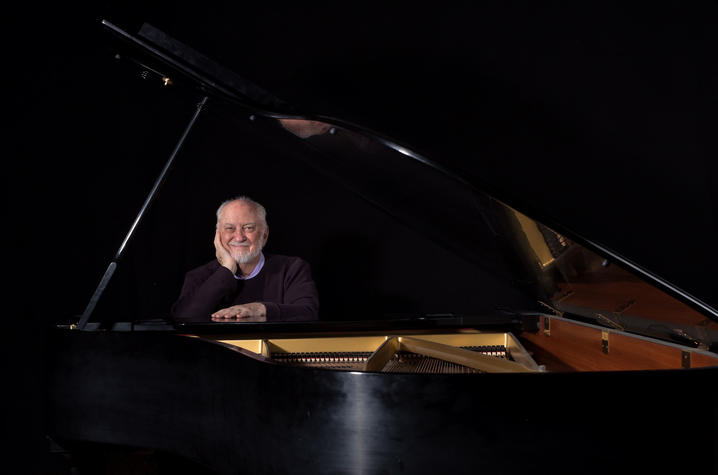 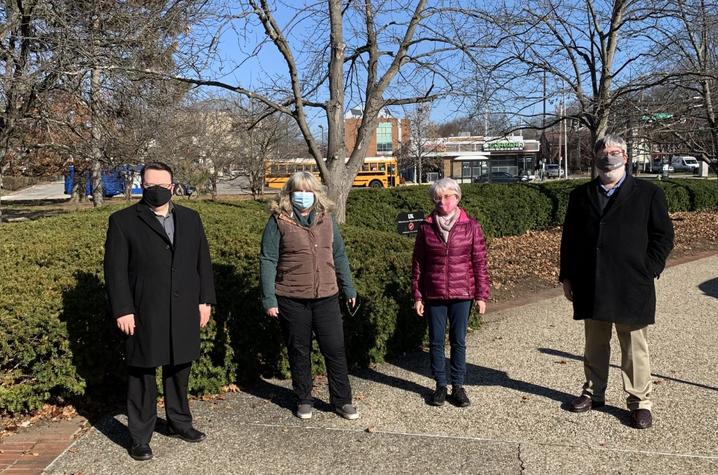 LEXINGTON, Ky. (March 12, 2021) — The University of Kentucky’s College of Fine Arts and School of Music announced the creation of the Wayland Rogers Scholarship for Excellence in the Performance of Art Song.

The Rogers Scholarship was established by distinguished alumnus Wayland D. Rogers, a renowned singer, conductor, teacher and composer based in Chicago, Illinois, who graduated with a bachelor’s degree in music from UK in 1963. The scholarship will support senior music performance students who exhibit excellence in art songs or solo music with piano accompaniment.

Rogers, who was originally from Wayne County, Kentucky, held numerous faculty appointments at Northwestern University, Western Kentucky University, Loyola University Chicago, DePaul University, and the Music Institute of Chicago, served as artistic director and conductor of The Camerata Singers of Lake Forest, and served as music director of North Shore Unitarian Church in Deerfield, Illinois. In 1986, he earned a Grammy nomination for Best Chamber Music Performance for a recording of Wolfgang Amadeus Mozart with the Chicago Symphony Winds.

A year before his death in September 2020, Rogers wrote to the dean of the College of Fine Arts, Mark Shanda, about his passion for music education. “I want to further the cause of young singers who excel in art song repertoire. When I was a student there in the early 1960s, I fell in love with the art form and have pursued it throughout my professional life here in Chicago as a singer, professor and composer. Two professors at UK who were especially inspirational in that regard were Phyllis Jenness and Donald Ivey.”

Rogers’ nieces, UK alumnae Allison Rogers and Sandy Dunn, recently met with Shanda and Director of the School of Music Stanley Pelkey to deliver the first installment of the gift in person. “Helping students and young artists has always been extremely important to Wayland, so it is fitting that he chose to create a scholarship for vocal students. As part of the segment of Wayland’s family who live in Kentucky, I am so happy that Wayland picked UK as the home of his scholarship, as we get to meet the scholarship recipients and follow their music careers as a way of keeping Wayland’s memory alive,” Rogers said.

“Wayland’s love of the art song began during his undergraduate work in the School of Music at UK during the early 1960s. That love developed throughout his lifetime as revealed in his numerous compositions and his teaching. I attended the world premiere of his song cycle, ‘I-Thou,’ in the spring of 2018 in Chicago. Commissioned by a rising chamber quartet of young professional singers, Fourth Coast Ensemble, this important collaboration left a life-changing imprint on these inspiring singers and their pianist, as professed by them to me. As his proud niece, these were poignant conversations indeed,” Dunn added. “Wayland’s endowed scholarship in the area of the art song is a natural continuance of his life’s work, and I look forward to seeing the accomplishments of the singers who will benefit from it. And who will hopefully sing his music!”

Young vocalists beyond UK will also continue to benefit from Rogers’ work with the inclusion of some of his pieces for baritones and mezzo sopranos in a two-volume anthology, “Modern Music for New Singers: 21st Century American Art Songs,” scheduled for publication later this year.