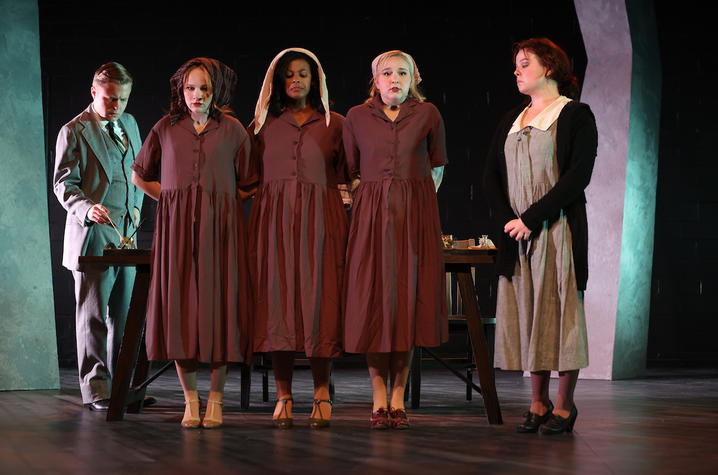 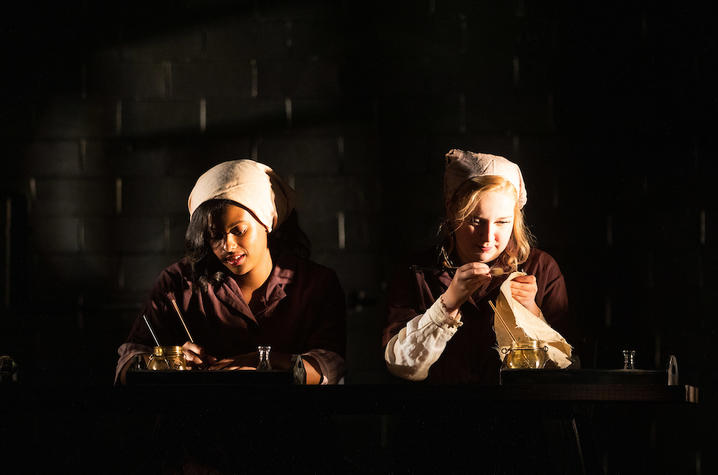 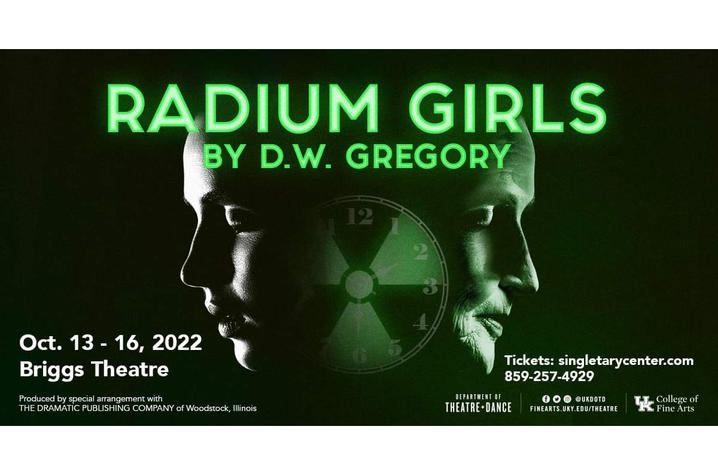 In 1926, radium was a miracle cure, Madame Curie was an international celebrity and luminous watches the latest rage — until the girls who painted them began to fall ill with a mysterious disease. Inspired by a true story, “Radium Girls” traces the efforts of Grace Fryer, a dial painter, as she fights for her day in court.

Grace’s chief adversary is her former employer, Arthur Roeder, an idealistic man who cannot bring himself to believe that the same element that shrinks tumors could have anything to do with the terrifying rash of illnesses among his employees. As the case goes on, however, Grace finds herself battling not just with the U.S. Radium Corporation, but with her own family and friends, who fear that her campaign for justice will backfire.

“Radium Girls” is a fast-moving, highly theatrical ensemble piece written with warmth and humor. Called a "powerful" and "engrossing" drama by critics, “Radium Girls” offers a wry, unflinching look at the peculiarly American obsessions with health, wealth and the commercialization of science.

Helping the cast and crew bring the play to life on stage was also the student designer, interiors senior Caitlin Herndon, from Paducah, Kentucky.

“I love the relationship between interior design and theatre; there is so much opportunity for design when telling stories on a stage.

“For ‘Radium Girls,’ it was important for the design to evoke the same sense of uncertainty, emotions and aspirations as those being told in the story. The design is inspired by German expressionism, the real-life factory in Orange County, New Jersey, and the idea of showcasing the complexities of the characters' lives,” said Herndon. “For this production, specifically, it was beneficial to utilize the existing elements of the theatre to further emphasize and create the atmosphere of the factory, an industrial feel.”

“Radium Girls” is produced by special arrangement with THE DRAMATIC PUBLISHING COMPANY of Woodstock, Illinois.