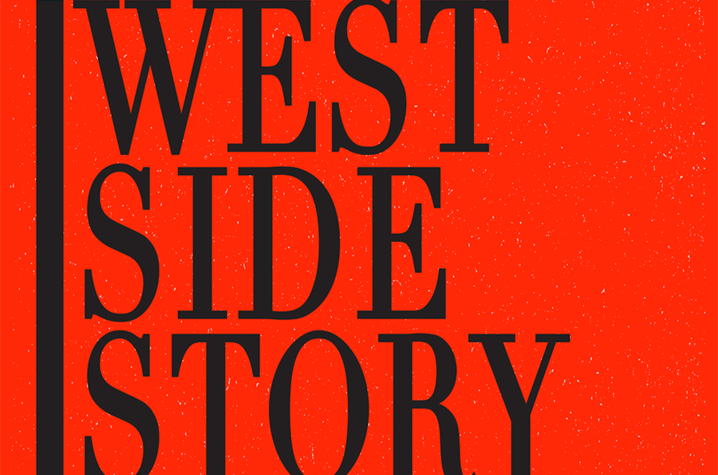 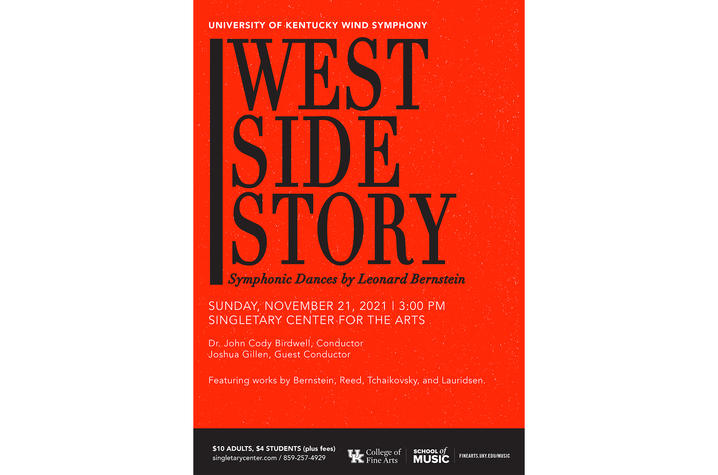 LEXINGTON, Ky. (Nov. 19, 2021) — With Steven Spielberg's film adaptation of "West Side Story" hitting cinemas in mere weeks, University of Kentucky Wind Symphony welcomes you to campus for a performance of the musical's Symphonic Dances beginning 3 p.m. Sunday, Nov. 21, at the Singletary Center for the Arts.

The featured work on the program will be Bernstein’s Symphonic Dances from "West Side Story," which was first performed by the New York Philharmonic on an all-Bernstein concert in 1961, four years after the opening of "West Side Story" on Broadway. The songs of the musical had immediately become popular standards, while at the same time the dance music had been sophisticated enough to find its way into the concert hall, like music of a ballet. Most composers for Broadway were songwriters who did not write their own dance music, but Bernstein, a fully trained composer who had already written two formal ballets, crafted these remarkable dances himself. The suite encompasses "Prologue," "Somewhere," "Scherzo," "Mambo" (a competitive dance between the gangs), "Cha-Cha" (when Tony and Maria see one another for the first time), "Cool," "Rumble" and the "Finale" (where love music and a procession that recalls the ever-popular aria "Somewhere," but now with a more tragic sentiment).

Other works on the program include Alfred Reed’s Symphony for Brass and Percussion, "O Magnum Mysterium" by Morten Lauridsen, "Dance of the Jesters" by Peter Ilyich Tchaikovsky, and as an encore Bernstein’s "Slava!"

The UK Wind Symphony consists of the finest wind and percussion graduate and undergraduate students in the nationally recognized UK School of Music conducted by John Cody Birdwell, director of UK Bands. As the centerpiece of a band program that has served the Commonwealth of Kentucky for over 100 years, the Wind Symphony continues a rich tradition of performing the finest traditional and contemporary compositions in the concert band/chamber winds repertoire.

Tickets are $12 for adults and $5 for students. Free tickets for UK students can be purchased in advance up to the day before the concert. To purchase tickets, contact the Singletary Center for the Arts ticket office at 859-257-4929, visit online at www.scfatickets.com or visit the ticket office in person.