Omar Thomas' "Of Our New Day Begun” was written to remember the lives lost June 17, 2015 at Emanuel African Methodist Episcopal.

LEXINGTON, Ky. (Jan. 29, 2020) — Under the baton of Director of Bands Cody Birdwell, University of Kentucky Wind Symphony will welcome award-winning composer Omar Thomas to the Bluegrass for a performance of his celebrated work “Come Sunday.” Joining UK’s ensemble and Thomas for the concert will be oboist and UK faculty member ToniMarie Marchioni and the Lafayette High School Wind Symphony 7:30 p.m. Saturday, Feb. 1, at the Singletary Center for the Arts Concert Hall.

The UK Wind Symphony’s first concert of 2020 will feature music by Spanish, South American and African American composers, including Thomas who will be in attendance for the performance of his 2019 National Bandmasters Association Revelli Award-winning composition “Come Sunday” — a work inspired by the Hammond organ’s role in black gospel worship services.

Set in two movements, “Come Sunday” begins with “Testimony” — which follows the Hammond organ as it readies the congregation’s hearts, minds and spirits to receive “The Word” via a magical union of Bach, blues, jazz, and rhythm and blues. Concluding with “Shout!,” the audience and performers will encounter a virtuosic celebration where the frenzied and joyous climactic moments of “The Spirit” take over the service. Thomas’ “Come Sunday” is a direct nod to Duke Ellington, who held a love for classical music and allowed it to influence his music in a multitude of ways.

Guest soloist for the performance will be ToniMarie Marchioni, associate professor of oboe at UK School of Music. Marchioni will join the UK Wind Symphony with a performance of “Legacy” Concerto for Oboe and Wind Band by Spanish composer Oscar Navarro. This epic composition was originally scored for solo oboe and symphony orchestra and was later transcribed for wind band by Navarro. “Legacy” highlights several stylistic influences on Spanish musical culture, including a “gypsy” song, and nods to music from the baroque, flamenco and cinematographic genres that remain prevalent in contemporary Spanish music.

The concert will open with a performance by the Lafayette High School Wind Symphony, under the direction of Charles Smith. The Lafayette band will present a preview of their upcoming performance at the 2020 Kentucky Music Educators Conference, which will take place on 12:25 p.m. Thursday, Feb. 6, at the Kentucky International Convention Center in Louisville.

UK Wind Symphony will first take the stage under the direction of UK instrumental conducting doctoral student Brent Johnson for a performance of “Danza Final” from "Estancia" by Argentinian composer Alberto Ginastera.

Tickets for the UK Wind Symphony concert featuring the work of Omar Thomas, ToniMarie Marchioni and Lafayette’s Wind Symphony are $12 for the general public and $5 for students with a school ID, including fees. Free advance tickets are available to UK students exclusively at the Singletary Center's ticket office with student ID through the last business day before the performance. Ticket purchases can be made online at www.scfatickets.com/, by phone at 859-257-4929, or in person. 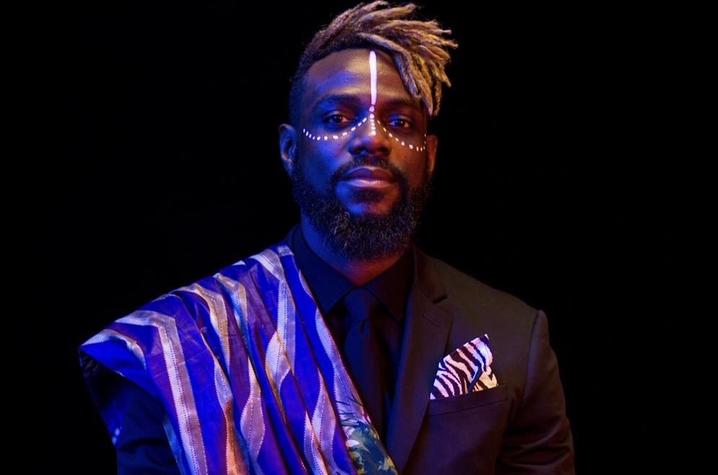