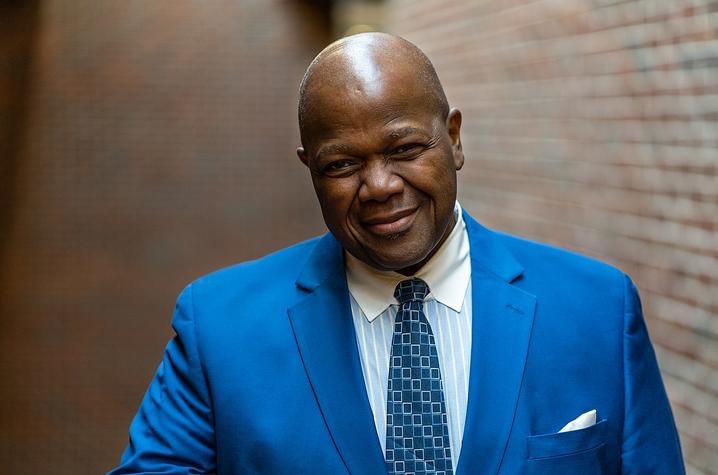 Everett McCorvey is the new chair of the Kentucky Arts Council.

FRANKFORT, Ky. (Nov. 22, 2021) — Gov. Andy Beshear named Everett McCorvey, D.M.A., professor of voice in the University of Kentucky School of Music and director of UK Opera Theatre, the new chair of the Kentucky Arts Council at his Team Kentucky news conference Nov. 18. McCorvey is the first person of color named chair of the council.

McCorvey shared his excitement for the new position at last Thursday's announcement. “Thank you Gov. Beshear for this wonderful honor. It was the arts that got me up every day to go to school as a child in Alabama, so that I could participate in the band. When I came to Kentucky, I realized this state has a very rich history in the arts. With all of the economic development, with people coming into the Commonwealth, they’re going to want to have a place to go and visit the arts, to see all the wonderful places in Kentucky where the arts are happening. I am looking forward to serving on Team Kentucky.”

A highly accomplished tenor, McCorvey has performed in iconic venues both nationally and internationally, including the Metropolitan Opera, Kennedy Center and Radio City Music Hall in the U.S., the Teatro Comunale in Florence, Italy, and Queen Elizabeth Hall in London. Vocal excellence is the hallmark of his work with choirs and singers in concerts, master classes and workshops around the world. McCorvey has received the UK Libraries Medallion for Intellectual Achievement Award and a 2020 SEC Faculty Achievement Award. He also founded the American Spiritual Ensemble, a group of singers who perform spirituals and compositions of African American composers, and serves as artistic director of the National Chorale of New York City.