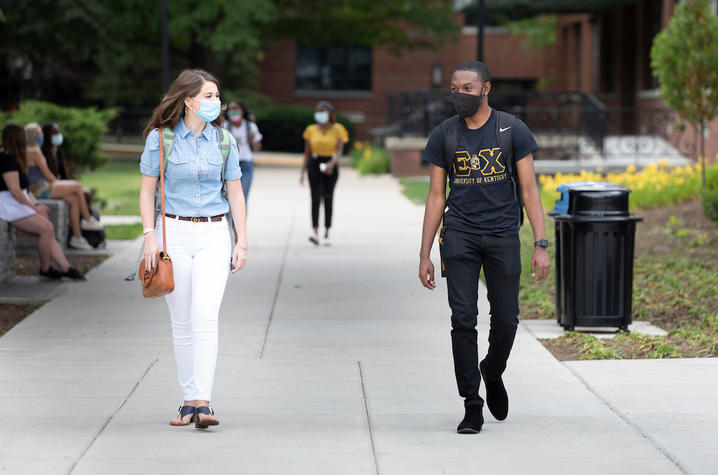 It was a year of peril.

America was pulled into a war, fearful it could not win.

Rumors of attacks and real attacks, from across both the Pacific and the Atlantic oceans, spread.

Essential goods were scarce and rationed.

A country still struggling in the aftermath of a Depression faced concerns about exploding spending and inflation.

And even as Black Americans came forward to defend their country, they faced segregation, terror and the denial of basic rights and freedoms.

On September 12, in my hometown of Montgomery, Ala., this military nurse in uniform boarded a bus for shopping before being shipped off. She sat in a section reserved for white passengers.

She was arrested; her nose broken during a beating.

So much was so uncertain. So much hung in the balance. So much divided us, even as we faced an enemy seemingly united in its attempt to forge a path of destruction.

In retrospect, we see a country that is “under its greatest stress, when its very existence is in peril,” writes UK historian Tracy Campbell, in his remarkable new book, “The Year of Peril: America in 1942.”

And, yet, it was also, as Campbell writes, a year of possibility and promise.

Our country began the efforts necessary to harness the energies of an emerging economic and military power to defeat the Axis Powers.

That same country would, ultimately, integrate its military.

We would rebuild Europe.

We would usher in an age of unparalleled growth, educational access and attainment, and scientific discovery.

Campbell chronicles how our country, over the course of one year, confronted this inflection point in our history.

It was, he writes, “a rare opportunity to see what was possible when many economic and social structures were suspended, and new ideas were debated. Some used the chance to dream of a more democratic society, while others clung to old hatreds and suspicions.”

It was, Campbell notes, “a time not unlike our own.”

Or as another writer recently put it, we face “a collision of crises.”

Today, in our time, we are being asked: how will we respond?

In a few moments, you will hear and see more details about how we plan to reinvent and reimagine our campus this fall … how to live, learn, heal and discover in a COVID world.

We didn’t create – nor can we control, in many ways – a global pandemic that has infected millions.

But we’ve learned we can change its trajectory.

Adhering to time-tested public health practices like physical (not social) distancing, hand-washing and mask-wearing, we can limit the spread of disease.

It will require a community, united in purpose, devoted to each other as brothers and sisters and committed to our collective health, safety and well-being.

But we also must ask:

How do we inoculate ourselves against hate?

How do we create a vaccine to dismantle racism?

Our country has recoiled in horror and convulsed in indignation as communities across our country – including Lexington – have said that it is time we remove the stain of prejudice and systemic and systematic racism.

In spite of landmark laws and court decisions, it is systemic and systematic racism when justice mass incarcerates.

It is systemic and systematic racism when from generation to generation, access to land and capital is harder because of skin color, making difficult the intergenerational transfer of resources or the ability to ensure a leg up for your children or your children’s children.

And it is systemic and systematic racism when, as The New England Journal of Medicine reported this week, that unbeknownst to patients and caregivers, our decision-making tests, tools and formulas still overly rely on race as an unreliable proxy for diagnosis and treatment, unintendedly resulting in the directing of medical resources away from Black patients.

The names of George Floyd, Ahmaud Arbery and one of our former students, Breonna Taylor, have been painfully etched in our hearts and minds.

We must do more than recite – in speeches and videos, commemorations and marches – our intent to do better.

It is time to act.

Earlier, you heard about our next steps on what will be a long journey to bridge the divides of hate and disparity caused by racism.

In many ways recently, we have made progress – educating and graduating more Black students and underrepresented students than at any time in our history.

But we must also continue to confront the fact that much of that history – of an institution we all love – excluded Black students and that we have fallen short in creating a home where one is known and loved for who you are.

And we must finally face a reckoning with the idea that efforts, however well-intentioned, to create equal access and equal opportunity have been halting and mixed. Too many gaps still stubbornly persist – gaps seeded before us, but that we have done too little to close.

When we told student leaders recently about our intent to remove the mural from Memorial Hall, one of them remarked that she now, for the first time, felt like she could tell her children to come to UK, too.

Like all of us, she was proud of her university.

The difference, for this student, was that it was for the first time.

How do we make the first time all of the time?

It’s in that spirit, and with that sense of resolve, that I want to announce an additional step today.

June 19 – or Juneteenth – marks the day in 1865 when enslaved Texans learned they were free – over two years after President Lincoln issued the Emancipation Proclamation.

Their two-year wait makes Juneteenth more than a celebration of freedom.

The underlying racism that created slavery was not dismantled by the Emancipation Proclamation – instead, it took on different forms of denying freedom, from Jim Crow laws to redlining.

June 19, for so many, is a celebration of freedom. And it is a reminder that attempts to bring equality to all people have so often been met with opposition or equally pernicious complicity or complacency that comes simply with looking the other way.

It is our responsibility to make sure we do all that we can to conquer each barrier.

And that is why the University of Kentucky – beginning in this coming academic year – plans to recognize Juneteenth as a holiday.

We are proud of the announcements being made in various cities and in our Commonwealth.

I hope it will become a moment to pause, to reflect, to serve and a time that compels our community to act.

Today, with this action and the others we have announced, I hope we are stating as a board and as a university our unequivocal commitment to this cause.

As a quote from Dr. Vanessa Holden, a professor of history and African American and Africana studies, reminds us in an interview about the origins of slavery in 1619:

It is hard to move on when you don’t know where you’ve been or where you’re at now. Slavery is everywhere. It’s in our architecture, our city plans and layouts, our place names, and our cultural institutions like our music, bourbon, and horses. Enslaved people’s labor, lives, and experiences shaped our state and our nation. 1619 is one beginning. But Kentucky has many other beginnings of its own. History is full of beginnings and the present can be one too.

History never lacks for a complicated record or blemishes.

But history is full of beginnings – when given space for humility, grace and love.

Let our time be one of these beginnings.

Let us commit today, with urgency, to a new beginning, one from which we will not retreat ever again.

'UK at the Half': Meet UK School of Music Donor Ben Kaufmann

'Behind the Blue': Gratitude (and Gravy)