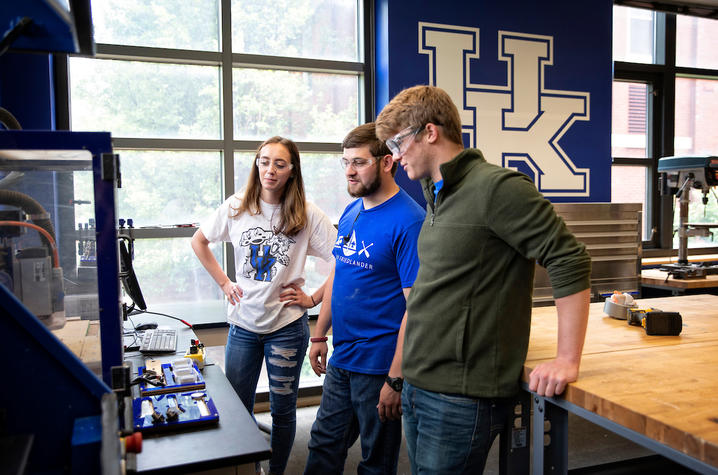 The following op-ed was published in the Lexington Herald-Leader on February 6, 2020. Eli Capilouto is the president of the University of Kentucky, and Linda Gorton is the mayor of Lexington.

Specifically, the story recounted, five metro areas — all on the coasts — accounted for 90 percent of high-tech growth in the United States over the last decade, according to the Brookings Institution study.

But if you dig deeper, there’s more to the story. And we, potentially, play a role in it.

The study suggests a handful of metro areas that could be elevated to “superstar” status in tech growth (and the jobs that come with it) with the right levels of investment and collaboration.

Similarly, the Manhattan Institute released a study identifying cities positioned to rise to superstar status—those performing above the U.S. average on measures including job and population growth, GDP per capita, and higher-education attainment.

Lexington is on both lists.

In a metro area of more than 500,000 people, nearly 40 percent of our residents have bachelor’s degrees, and we have relatively high levels of residents with doctoral degrees in science, technology, engineering or mathematics (STEM) areas. That leads to larger numbers of patents and research dollars.

In other words, there is a strong foundation to the high-tech innovation hub we hope to build. Our safe community, with an enviable quality of life, is anchored by a flagship, land-grant university that’s growing its enrollment and research capacity.

In many respects, our economy is built on technology. If high-tech centers are located only on the coasts, whole regions of the country will be left behind — with fewer jobs, less investment and an inability, ultimately, to fund the quality of life we enjoy in a community like Lexington.

We don’t have to be left behind. We can lead.

The next step requires additional state and federal investments in institutions like UK, where growth potential exists. It also requires even greater collaboration between our community and university.

We’ve made compelling progress. In 2017, we announced a land swap between the city and UK in which Lexington would receive 250 acres in Coldstream Research Park, 50 of which are shovel-ready to accommodate industry. UK would receive 13 acres of streets around campus, to better manage traffic and infrastructure necessary for growth.

It’s a win-win. One global headquarters, A&W Restaurants, is moving onto those 50 acres. And, UK is continuing growth in high-tech infrastructure, with projects like Winslow, where the university will add innovation space for a Smart Campus initiative garnering national attention.

But there’s more to do.

We have particular strengths in agriculture. UK, Alltech, Lexington and the state, with Agriculture Commissioner Ryan Quarles and the Kentucky Economic Development Cabinet, are forging close partnerships for growth as a high-tech agriculture hub.

We are better positioned than most, after decades of preserving green space through the Purchase of Development Rights program.

By this summer, Lexington will complete the gigabit fiber build-out, making Lexington one of the few American communities its size with high-speed fiber capability throughout the entire city.

Last year, alone, external research grants and contracts to UK totaled $417.1 million, growth of nearly $84 million from the year before, with much of it focused on challenges that most impact our state — deaths from opioid use, cancer and heart disease and the future of energy. That growth wouldn’t be possible without consistent support from our federal delegation.

And the state, too, is a critical partner, providing half of the $265 million for the initial construction of the Healthy Kentucky Research Building — a core investment fueling our ability to receive $87 million for the HEALing Communities study, an effort to reduce opioid-related deaths by 40 percent in three years across Kentucky.

More than 20 companies are located at our on-campus tech incubator, and UK had 618 worldwide patent assets last year. In fact, we’ve recently been ranked among the Top 10 public universities nationally in the number of startups created.

On a local level, we are continually examining the ways we can partner with Fayette County Schools – at the community level and from UK’s College of Education and the university as a whole. Important progress is being made under the leadership of Fayette County Public Schools Superintendent Manny Caulk. Students within the district are achieving at higher levels and performing better, according to national measurements.

The pieces and foundation are in place. We have a strong argument for increased state and federal funding, which we know leads to jobs, growth and solutions to our most pressing challenges.

And, as importantly, we have partners committed to moving forward — thoughtfully, and boldly — together.

This commitment to collaboration is essential to do more than simply keep pace with others.

It’s what’s needed for a 21st century economy that can compete and thrive.

We intend to lead.