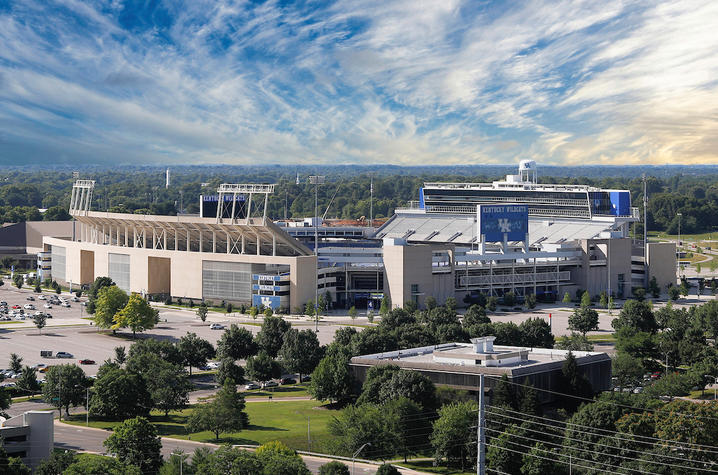 The following op-ed was written by President Eli Capilouto and Dr. Neeli Bendapudi, the 18th President of the University of Louisville, and appeared in several regional newspapers.

On Saturday, our football teams met for the annual Governor’s Cup. Tens of thousands of our fans – at the stadium and in front of televisions across Kentucky – gathered to root for their teams and cheer just as loudly against the other.

On the field, we are tough competitors, eager to do battle. But off the field – in research labs, communities and cities, towns and centers across Kentucky – we are joined on a more important field of battle.

It’s a battle we are waging together, tackling the most pressing challenges of our day—focused squarely on advancing the Commonwealth we serve.

Consider a few examples of our work – as institutions with complementary missions and, often, working in partnership and collaboration with each other:

And UK recently received the largest grant in its history – $87 million – with the goal of reducing deaths of opioid use by 40 percent in 16 Kentucky counties over the next three years. Our state for too long has had one of the highest death rates in the country for substance use disorder.

For example, just last month, we announced a collaborative effort to develop the Kentucky Network for Innovation & Commercialization – KYNETIC.

Those are only a few examples of our work – individually as institutions and collectively as collaborators – that are creating bright hopes and new realities for Kentucky.

We can – and we must – do even more for our state.

But the more important battle is occurring off the field.  It’s the battle for the Commonwealth – her future and the future of her children.

And that’s as it should be. In fact, it’s the only way our state will win the future – a far more important battle than what happens on any playing field.