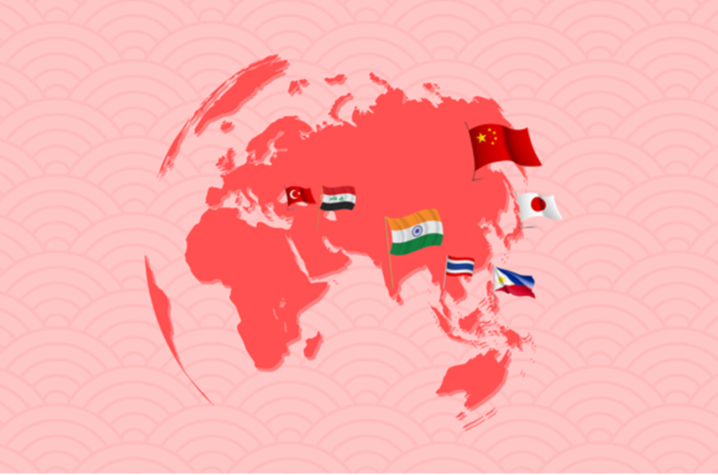 May first marked the beginning of Asian American and Pacific Islander (AAPI) Heritage Month for 2021 – an important opportunity to learn about the key contributions made to the U.S. by the AAPI community, as well as the multi-generational marginalization of and violence against this population.

And, against the backdrop of the COVID-19 pandemic and increased anti-Asian violence and discrimination as a result, these conversations have never been more important.

AAPI Heritage Month was first recognized in 1992. May was chosen to commemorate two significant events in US history: the arrival of the first Japanese immigrant on May 7, 1843; and the completion of the transcontinental railroad, by the labor of tens of thousands of Chinese immigrants, on May 10, 1869.

Beginning in the 1850s, Chinese laborers built foundational infrastructure and contributed to economic development by working on railroads, in factories and mines, as farmers and fishermen. They were successful and many became entrepreneurs. Eventually, Japanese, Korean, South Asian and Filipino immigrants followed suit, correlating with the demands of early industrialization and labor. But beyond labor, Asian immigrants enriched the American mosaic and played an essential role in forging American identity. They brought their food, music, culture, ideas and customs that we love today.

However, in the shadow of economic recession, war and shifting labor needs, Asian immigrants began to face severe discrimination and violence despite their hard work and commitment to the U.S.

From Essential to Excluded

The Chinese Exclusion Act of 1882 reinforced anti-Asian racism and became the catalyst for long-lasting discriminatory policies.

The Exclusion Act denied naturalization to Chinese immigrants and restricted immigration for 60 years. It represents the first major U.S. federal legislation that denied immigrants of a specific ethnicity and class. It became the model for discriminatory laws, and it forever changed America’s relationship with immigration in general. In fact, the idea of illegal immigration is a legacy of the Chinese-exclusion era.

After years of invaluable contributions to America, the Exclusion Act and rising anti-Asian racism and violence marked the beginning of a long history of injustice faced by the AAPI community, including: the 1917 Immigration Act, which banned all immigrants from the Asia-Pacific region; the 1924 Asian Exclusion Act, which denied entry to Chinese, Korean, Japanese and South Asian Indians; the incarceration of Japanese American citizens during World War II; the targeting of South Asian Americans, especially those who are Hindu, Muslim or Sikh, following the tragedy of 9/11; and, most recently, the 150 percent increase of hate crimes against Asian Americans in 2020 during the COVID-19 pandemic.

From 1910 – 1940 Angel Island – the Ellis Island of the West – detained would-be immigrants from Australia and New Zealand, Canada, Mexico, Central and South America and Russia. The overwhelming majority came from Asia.

Men, women and children were imprisoned and abused on Angel Island, particularly those of Chinese descent. After their long journey to the land of opportunity, they were forced to endure unwarranted physical and mental abuse for weeks or months, with one of the longest detentions lasting 756 days. Ultimately, most of the detainees were turned away.

On Ellis Island, however, a majority of the immigrants were from southern and eastern Europe. They were also held, but only for hours or maybe a day as they finished the immigration process. And almost everyone who came through Ellis Island was admitted.

At the base of the Statue of Liberty is an inscription that welcomes those passing through Ellis Island. The poem memorializes one version of America’s immigration story. Part of it reads,

“Give me your tired, your poor,

the wretched refuse of your teeming shore.

Send these, the homeless, tempest-tossed to me,

I lift my lamp beside the golden door!”

But in the cramped, wooden barracks on Angel Island that imprisoned Asians and other would-be immigrants, the writing on the walls tells a different version of America’s immigration story – a version too often excluded from our history books.

The Writing on the Walls

More than 200 poems were carved into the walls of the Angel Island detention barracks by young men who dreamt of starting a life in America. The poems, written primarily in Chinese, reveal the men’s anger and pain, their confusion and disappointment, their unfulfilled aspirations and their hopes concerning the nation and people.

Today, the poems are voices of resilience.

Just talk about going to the land of the Flowery Flag

and my countenance fills with happiness.

Not without hard work were 1,000 pieces of gold dug up and gathered together.

There were words of farewell to the parents, but the throat choked up first.

There were many feelings, many tears flowing face to face, when parting with the wife.

With laws harsh as tigers, I had a taste of all the barbarities.

Do not forget this day when you land ashore.

Push yourself ahead and do not be lazy or idle.

Asian Americans and immigrants did not passively accept the abuse and unfair treatment. Their story, like other oppressed populations, is one of persistence and resilience. Remembering this history, educating our community on the hardships, pains and glories of AAPI culture, is the first step in our journey to respecting and openly celebrating the Asian American and Pacific Islander community.

Visit this link to learn more about Angel Island.

Legacies of the 1965 Immigration Act – https://www.saada.org/tides/article/legacies-of-the-1965-immigration-act