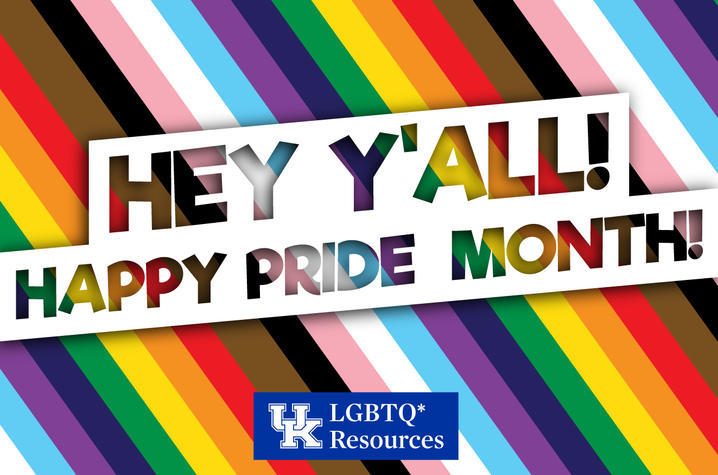 The month of June marks the celebration of Pride Month for the LGBTQ* community – an opportunity for our campus to understand and learn the importance of this occasion, as well as the resources the University of Kentucky has available for students, faculty and staff alike.

On June 28, 1969, the Stonewall Inn, a gay club, was raided by the New York City Police. Though raids like this were common at the time, this event sparked a series of riots in the neighborhood. For six days, violent clashes occurred between law enforcement and the gay community in the nearby areas. The protests, later known as the Stonewall Uprising, became a catalyst for the gay rights movement in the country and around the world.

Pride was first celebrated a year later in New York City, when a march was held to allow the community to gather and commemorate the rebellion of the previous summer. “Thousands of homosexuals went to the streets to demonstrate against centuries of abuse,” one of the flyers of the time had written, calling people to the demonstration.

Ever since, what started as a day of celebration became an entire month. Through the years, the LGBTQ* community fought their struggle against discrimination and gained their footing in society. What started with the riots of 1969 grew into a worldwide movement for rights and self-expression, a battle that is not yet completely won.