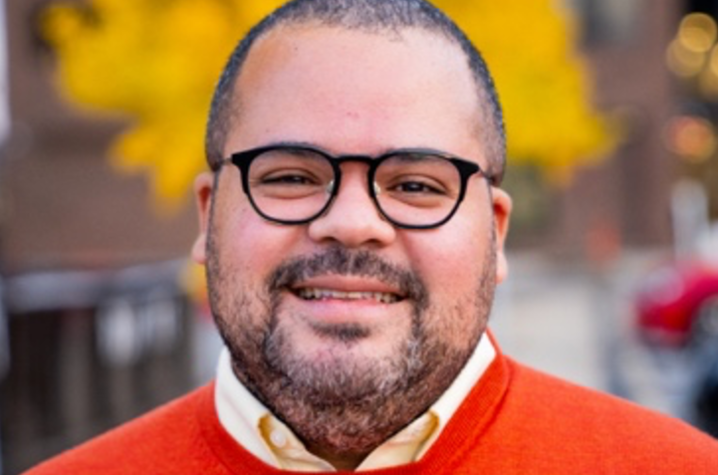 Dr. Rafael Pérez-Figueroa is a member of the DEI Leadership Team who came to the University of Kentucky in 2019. I had the opportunity to speak with him about his passions, his experience coming to Kentucky and his hopes for DEI at UK.

What is your doctorate in, and how long have you been at UK?

I initially trained as a physician in the Dominican Republic before I came to the United States and trained in public health. After that, I did my post-doctoral training at NYU where I also did a research fellowship. Then, I worked at Columbia University for several years.

I have been at UK for one year now. I came here in fall 2019, so it has been a special year. I am still learning about UK, and I am excited about a lot that is happening. I’m contemplating and learning in a new environment.

What is it like to come to Lexington, Kentucky from New York City?

NYC is home to more than 1 million Dominicans, and they also have a very interesting history. So, a lot of my experience was related to that assumption. Going to NYC was a different reality, but in the context of that reality there was a big critical mass; a big critical mass of Latinos and people of color and a discourse that was very progressive. At the same time that was happening, it was not an environment free of discrimination or free of different struggles for minorities. So, I also experienced that in the process of growing and establishing my career.

Also, something that is relevant is that I am a gay person, and that is a big part of my identity. It’s not only my race and ethnic background, but it’s also the intersection of being a sexual minority that has been critical in my experience.

Coming to Lexington from that trajectory has been very interesting. There is not as visible of a minority community as I experienced in NYC. I remember one instance when I spoke in a room on campus where there are portraits hanging of all the Presidents of UK. It’s a beautiful room, and you stand in the middle of it to speak. When I spoke, I saw all these white faces from the portraits looking at me, and that was an oppressive experience for me. Here, I have needed to engage in many conversations to explain to people my humanity, the humanity of minorities and why it’s important to address minority health and health disparities, which is my area of study. At the same time, I feel honored because I believe there is so much to be done.

How do you see public health’s role in our DEI efforts?

I think about DEI as something that permeates all levels of society. This is connected directly to my work because when you see disproportionate outcomes that certain populations experience, what is evident to me is how we have inequities rooted in social factors which are confirmed. We cannot address those inequities without making sure that we address that aspect of social justice and fairness.

I think that it’s not enough to address the system and provide treatments and have interventions when the outcomes that we have in certain populations are rooted in unfairness. So, how do you address unfairness? You need to do deeper work and work with communities. You need advocate, be concerned with how to translate knowledge into policies and work to change the way people see things. This is a community endeavor. I cannot do my work well without being involved in activities like DEI. It’s not one or the other for me; it’s creating the scene for the kind of work I do.

To me, coming to this country has been fascinating. There’s this notion that this is a country where everybody was created equal, but that has never been a reality – it has been an idea and rhetoric, but it’s not a reality. For me, what makes this country great is that even in the face of struggle and the injustice we have seen in history, people still work together and build community. In that process and in that struggle and examination of reality, we can create something different. I’m a big believer in that process of participation and creating meaning while working together.

Given that we have been involved since August, in your mind, what would be some indicators that we’re on the right track and making progress?

We are in a stage in which we are framing diversity, equity and inclusion work. We need to ensure the process is reflective of the community for it to be effective. We are building something new and gathering information from the community. Still, we are not really clear on what is the direction and shape that that is going to take, and that is okay. It’s part of what we’re supposed to be doing. I think that is reflective of a process that is participatory in nature.

Once we establish clear goals and our vision, I think the next step is making sure we communicate that to everybody and engage the whole community in this endeavor. Then we can start tracking if those objectives and goals are being achieved or not.

This is an endeavor for everybody, and it should be intersectional in nature otherwise it’s not likely to be effective. Everybody should participate in making this university a better place.

We can bring in different perspectives, realities and voices to make a better Kentucky – a Kentucky that everyone can be even more proud of.