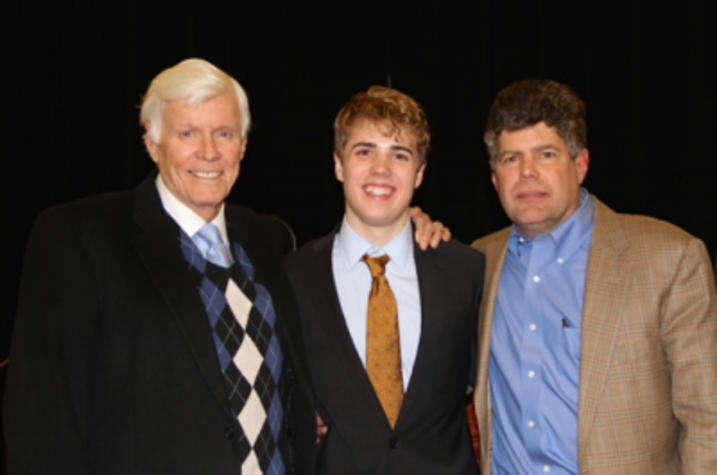 LEXINGTON, Ky. (June 17, 2021) — In 1926, John Y. Brown Sr. graduated from the University of Kentucky College of Law. The son of a tenant farmer and the first in his family to attend college, John Y. Brown Sr. used his law degree to become a trial attorney — the career he later said he’d wanted since he was 5 years old — and a longtime politician.

This was just the beginning of the Brown family’s relationship with the college. Over the next century, four generations of John Y. Browns would graduate from the same law school.

“My father (John Y. Brown Sr.) used his UK law school training to build his legacy as Kentucky’s most outstanding trial lawyer for half a century,” John Y. Brown Jr. said. “Naturally, I tried to follow in my father’s footsteps but found the business world more appealing. My law training was a critical basis and asset in building a worldwide business opportunity.”

John Y. Brown Jr. turned Kentucky Fried Chicken Inc. into one of the largest fast-food operations in the world. He became the governor of Kentucky in his first political race.

“My law background gave me the background and understanding to allow me to become governor of the Commonwealth of the Kentucky,” he said. “Any achievements in my career came from my legal training at UK.”

His son, John Y. Brown III, said a photo of his grandfather (John Y. Brown Sr.) and others from the 1926 class hung on the wall outside of his first-year torts class. He joked that the image glared at him as he walked to and from class.

“The legacy of UK law for my father and grandfather mattered to me,” John Y. Brown III said. “But, mostly, I visited the law school and really fell in love with it. UK is a very special place.”

John Y. Brown III, with his father, helped spread the Kenny Rogers Roasters fast-food franchise across the country and into several foreign countries. In 1996, he was elected Kentucky secretary of state at the age of 32, one of the youngest to hold statewide office, and he was reelected in 2000. He started a consulting firm over a decade ago, and he is currently a member of Kaplan Johnson Abate & Bird LLP in Louisville, handling government relations.

“I could never have done the things that I’ve done in my professional career without my law degree from UK, and I treasure and value the friendships that I made then and continue to have to this day,” John Y. Brown III said.

For several years, John Y. Brown III taught business law as an adjunct professor at Bellarmine University and would sometimes take his son to class with him. Occasionally, John Y. Brown IV — who was around 12 or 13 years old at the time — would raise his hand to answer a question.

John Y. Brown III also recalled walking with his son through the law building after a UK basketball game when John Y Brown IV was around 7 years old. During that visit, the father suggested that maybe his son would also attend the law school one day.

In fact, he did. John Y. Brown IV received his bachelor’s degree and MBA from Bellarmine University before coming to UK for law school.

“UK law school as been the pinnacle of my academic career and helped mold and shape me — personally and intellectually — and prepare me as well as I could hope for the workplace and my future career,” John Y. Brown IV said.

John Y. Brown III said he believes all four generations “enjoy thinking about the kinds of issues that you’re challenged to think about in law school,” including political and economic questions and questions about what is fair and just, and why. “I think those are the kinds of issues that just naturally fascinate and interest all of us and that law school allows you to engage with at the highest level.”

He said his family is eternally grateful to the college. “I don’t even want to wonder what our lives would have been like had we not had the opportunity to go to UK law school.”