LEXINGTON, Ky. (Oct. 6, 2011) − Recent discussion between the University of Kentucky's 12th president, Dr. Eli Capilouto, and the Board of Trustees on the importance of improving the university's facilities points to a great likelihood that UK's new president will lay out a plan for campus facilities at his upcoming investiture ceremony on Oct. 18. While the topic of infrastructure has only made its appearance a few times in previous inauguration and investiture speeches, building new facilities and maintaining older buildings on the UK campus has been a top priority for several of the university's past presidents.

"There are many ways that you measure the success of these presidents," says Terry Birdwhistell, dean of UK Libraries, who served the university first as an oral historian and an archivist. "They all have a dream coming in. And it is interesting as we are able to look back to see what they have accomplished. Some of it is hard to measure. You can look at the academic programs, the growth of colleges, the growth of the medical center, the growth of community colleges, the press releases that we see at the beginning of this semester in 2011 that this is the best prepared class that's ever come to the University of Kentucky."

Birdwhistell continues, "another way to look at is a very visible way, to look at the infrastructure of the university itself. You can walk around this campus and by just looking at the buildings get an appreciation for what these presidents have accomplished."

James K. Patterson became the presiding officer of the Kentucky University's A&M College in 1869. The state legislature formally separated the A&M College from KU in 1878 and Patterson assumed the position of president of the independent school that would later become the University of Kentucky. Even with the university weakened by financial hardship, one of Patterson's first administrative efforts was building a campus. He would go on to oversee the construction of the college's first three buildings on its new Lexington Fairgrounds site. The original three buildings were President Patterson's house, home to the office of the Dean of Arts and Sciences College; the original White Hall, a dormitory; and UK's Administration Building. The buildings were finished in 1882, ultimately at Patterson's own expense, after he risked his savings as collateral for the construction.Construction of a few more buildings would follow during Patterson's term, including Pence Hall and Alumni Hall, now Barker Hall. In addition, Patterson secured a library built by Andrew Carnegie that was located near where today's White Hall Classroom Building sits. President Patterson would relinquish his office in 1910.

Seven years later Frank L. McVey was named UK's third president. While much of his early years at the university were occupied with keeping the university afloat through World War I, McVey would go on to be credited with ushering the institution into the modern era. Under his leadership, UK emerged intact from a national economic depression due to prudent fiscal policies. With the war over the university began to grow and enrollment jumped. With the help of new additional tax support from the state, President McVey began an ambitious campus building program that would lead to the construction of such buildings as Alumni Gym, Memorial Hall, Margaret I. King Library, Boyd and Jewell dormitories, and the Education Building (later named Taylor Education Building). In addition, Maxwell Place was purchased to replace the original president's home in 1917. McVey was the first UK president to reside in Maxwell Place until his retirement in 1940.

When President Frank G. Dickey took the helm in 1957, America's colleges and universities were facing a "crisis" as studies showed the numbers of men and women enrolled in higher education would double from three million to six million by 1970. Acknowledging UK was "in no shape to cope with such a vast multiplication of students," Dickey unveiled his ideas for expansion of the campus to serve the 12,000 to 15,000 projected students UK expected enrolled by 1965.

"The University of Kentucky in these days ahead will not be an inexpensive operation, but relatively speaking, it will cost little compared to the dividends which will accrue to the people of our state, our region and our nation as a result of the education of the youth for these tasks ahead," said Dickey in his inauguration address.

To answer the needs of an expanding campus Dickey's administration acquired an extensive addition of land and saw the completion of Holmes, Blazer and Haggin halls; Shawneetown and Cooperstown; the Chemistry-Physics Building; the original Pharmacy Building; and the start of the Agricultural Science building. Dickey also began opening off-campus extension centers that would lead to the creation of UK's community college system years later.

However, the highlight of Dickey's administration was the creation and establishment of a medical center on campus. In 1954, in response to a feasibility study begun at the end of President Herman L. Donovan's term, UK announced plans for a center that would include colleges of medicine, dentistry and nursing; a hospital; student health service; and a medical library. In 1956, with Governor A.B. Chandler's public support and after a personal appeal by President Dickey to the Kentucky General Assembly, an initial appropriation of $5 million was approved for UK's proposal. The first medical students were admitted in the fall of 1960, just three years before Dickey would resign to take a job as director of the Southern Association of Colleges and Schools.

John W. Oswald, who became president of UK in 1964, was also cognizant of the continued growth in enrollment. He would lay out a plan for how the university would bridge the gap between its first and second centuries including changes to infrastructure that would hopefully accommodate the growing student body.

"The responsibility is that we, participating in this period of transition, make sure that the foundations for a strong University laid during its first century will be adequately built upon and added to in its second, so that an even stronger University develops," said Oswald at his inauguration.

Oswald's presidency included an expansion of UK's physical plant and the completion of the Agricultural Science building; College of Engineering's Anderson Hall; a Commerce building, now home to the Gatton College of Business and Economics; College of Education's Dickey Hall; and a new College of Law. In addition, a dormitory complex for male and female students that would come to be known as the Kirwan-Blanding Complex was finished. Oswald also began construction of a high-rise office tower and an Arts and Sciences classroom building that would later become Patterson Office Tower and White Hall Classroom Building. Oswald, UK's sixth president, resigned the presidency in 1968. He would go on to serve as president of Pennsylvania State University from 1970 to 1983 before retiring.

When Otis A. Singletary took over the presidency in 1969, the nation was experiencing a tumultuous time in U.S. history as the public became disenchanted with the country's participation in the Vietnam War. Due to the restlessness on campuses across the nation, very few believed Singletary's term would last very long, including the new president who wasn't sure himself how long he would continue an academic life. Instead, it would mark the beginning of 18 years of service that would be characterized as a period of sustained physical and institutional growth.

A large physical expansion program was carried out under the Singletary administration to keep up with the growing student enrollment. Academic and athletic facilities alike boomed during President Singletary's time in office. UK would see the rise of the Seaton Center, Shively Sports Center with its Nutter Training Facility, Commonwealth Stadium, the south building of the Agricultural Sciences Center, the Tobacco and Health Research Institute, the Hilary J. Boone Center, the Warren Wright Medical Plaza complex, the Medical Annex, the College of Nursing and Morgan Biological Sciences buildings, the Student Center Addition, the Singletary Center for the Arts, and the north addition to the Margaret I. King Library (now the Lucille C. Little Fine Arts Library and Learning Center). Singletary retired in June of 1987, having served the institution longer than any of UK's previous presidents except Patterson and McVey.

Charles T. Wethington Jr. was named UK's 10th president in 1990. The third educationalist to serve UK as president, his 11-year tenure was marked by physical growth and an impressive enhancement in academic stature on the part of the institution. Wethington would oversee the beginning or completion of 41 building projects during his term including the Center for Robotics and Manufacturing Systems, the Agricultural Engineering Building, the Bruce Poundstone Agricultural Regulatory Services Building, the Civil Engineering and Transportation Facility, ASTeCC, the Health Sciences Building, Kentucky Clinic North, Stuckert Career Center, the Hardymon Building, and the Gill Heart Institute and Surgery Center. The highlight of Wethington's term to many is the campaign for and construction of a new state-of-the-art library on the university campus. William T. Young Library, the new central library in the university library system, opened April 3, 1998. The facility, a favorite among many UK students, houses the general undergraduate collection and social science, humanities, business, biology and agricultural materials. Wethington retired from the presidency in 2001.

Most recently, President Lee T. Todd Jr. spearheaded an effort to revitalize health care in Kentucky. As part of that effort, Todd unveiled plans in 2006 for the Commonwealth's Medical Campus of the Future, a multi-phased project aimed at providing Kentuckians with cutting-edge, 21st century health care. As part of this renovation of the university's medical campus, UK built a new College of Pharmacy and University Health Service facility and started construction of a new, one million square foot UK Albert B. Chandler Hospital. Pavilion A of the hospital opened in 2011. In addition, Todd's term saw the opening of four new residence halls, Baldwin, Ingels, Smith and New North, and the construction of the first Leadership in Energy and Environmental Design (LEED) rated academic facility, the Davis Marksbury Building. Todd's administration also saw the reopening of the Main (Administration) Building, which was severely damaged by fire in May 2001. The Main Building was officially reopened in October 2004. President Todd retired in the summer of 2011.

To hear what President Eli Capilouto has planned for UK's campus, including any elements related to the university's infrastructure, the public is invited to attend his investiture ceremony at 4 p.m. Tuesday, Oct. 18, at the Singletary Center for the Arts Concert Hall. For more information on the ceremony, visit online at www.uky.edu/President/investiture. 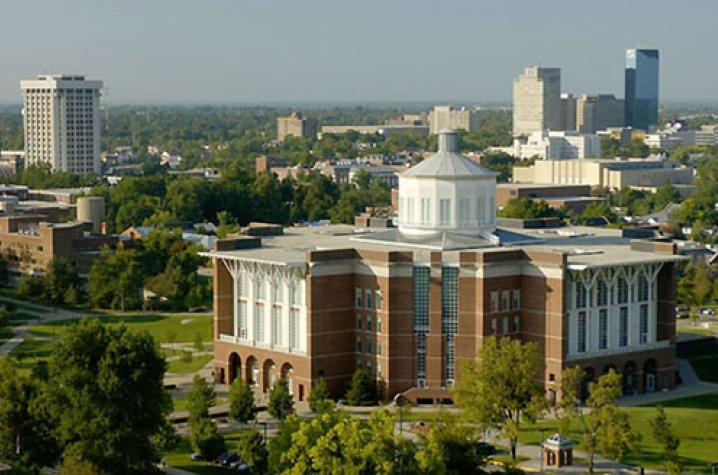 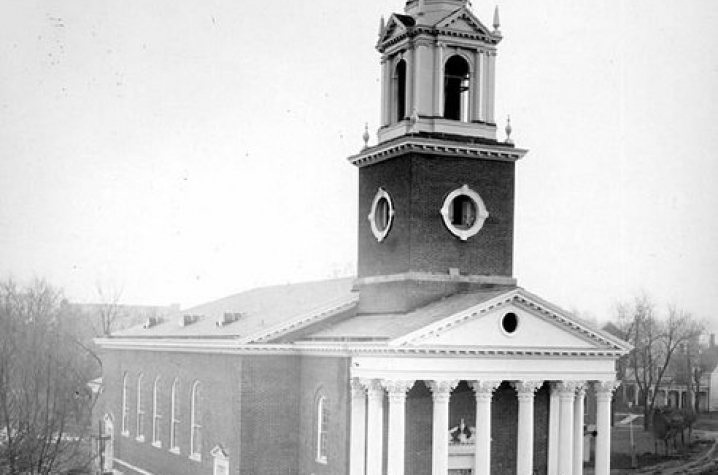 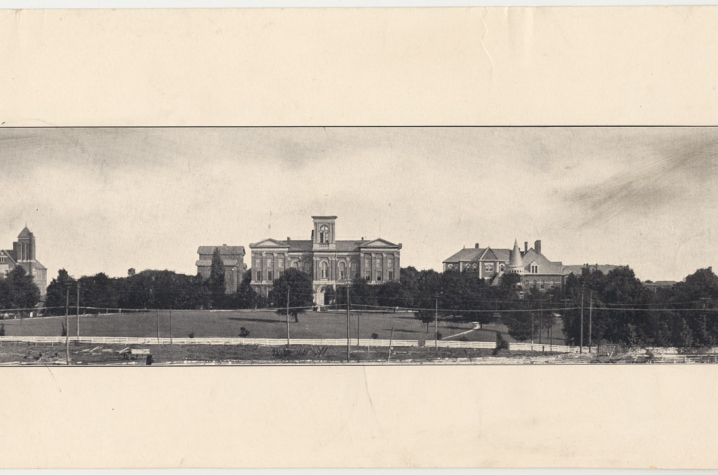 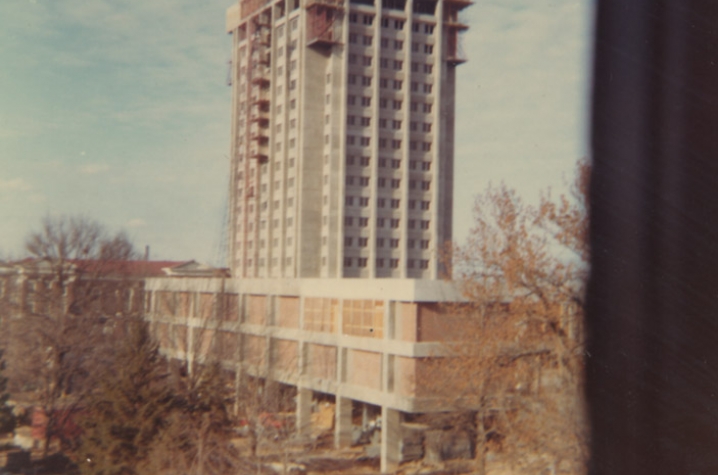 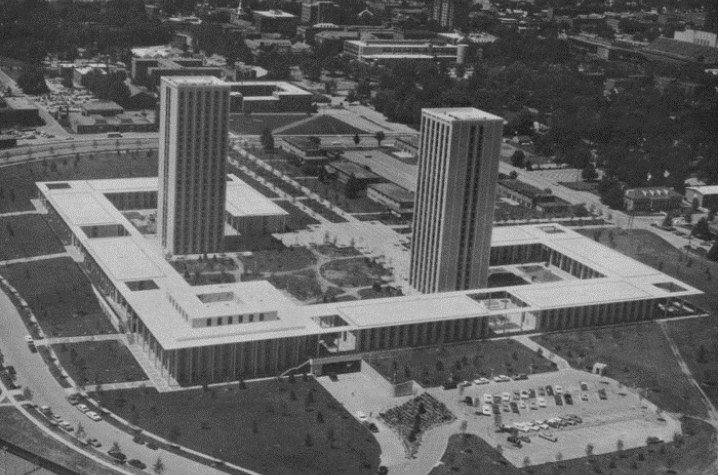 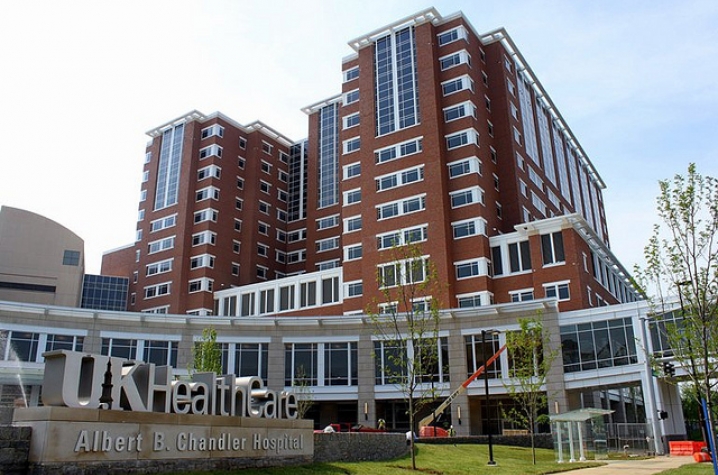