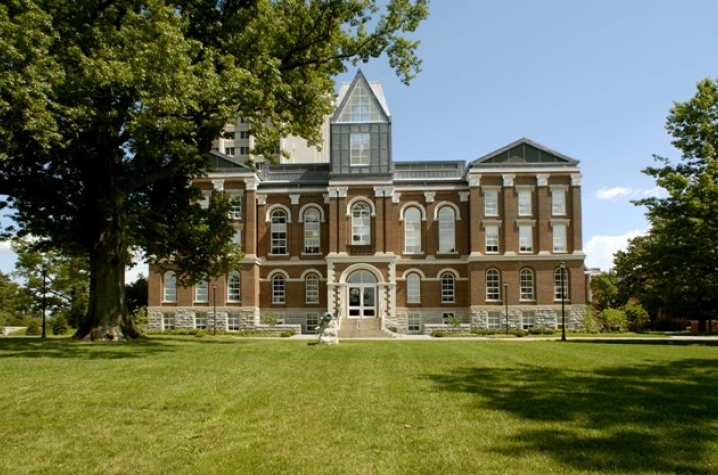 LEXINGTON, Ky. (Nov. 5, 2012) ― University of Kentucky President Eli Capilouto announced Monday that he is paring back planned budget reductions for Fiscal Year 2013-2014 ‒ the result of increased enrollment and tuition revenues as part of an outstanding first-year class.

However, the president quickly added that the university must more aggressively tackle retention and graduation rates, which have stalled, as both a "moral imperative in the fundamental mission we have to educate students and prepare them for lives of leadership, meaning and purpose, but also as a financial imperative in terms of this institution's long-term stability and aspirations."

"We are a first choice in Kentucky and the region for students ‒ both undergraduate and graduate ‒ and we are a first choice in terms of the cutting-edge research and profound service we provide," Capilouto said during a campus-wide forum on the university's budget Monday afternoon. "That status as the first choice ‒ and the incredible work of so many people on our campus ‒ has resulted in a better revenue picture than what we anticipated at this time last year. But our future ‒ as the state's flagship institution of higher education and an institution that offers the best in undergraduate and graduate education, research and service ‒ depends upon our ability to aggressively move toward improving the retention and graduation rates of our students. That is our chief responsibility as an institution that has a profound promise to the state that we must honor."

"We must act now to put in place the strategies to improve our retention and graduation rates," Capilouto said. "That is something we all ‒ faculty, staff and current students ‒ play an important role in improving as we move forward together."

Capilouto said the modifications to the budget also are the result of feedback he's received as part of an extensive budget process he outlined earlier this year. Thus far this school year, Capilouto has met with faculty and staff from more than half of UK's 16 colleges, a process he will complete before the end of the fall semester.

Capilouto also has met with the university's deans and academic chairs to discuss budget planning. And he has continued to meet regularly with small groups of faculty, students and staff and engaged in extensive dialogue with the University Senate and Senate Council. Academic colleges and units are scheduled to present budget plans to the Provost's Office in November as a follow-up to meetings that occurred in September to make decisions about final reallocations.

"We have listened intently and are acting responsively where constructive and substantive issues have been raised about the budget and the potential impacts on our core responsibilities of teaching, research and service," Capilouto said. "These decisions reflect a deliberative and collaborative process. It's the process we will continue to use over the next few months as we finalize a budget that reflects our values and that moves us forward as we seek to honor the Kentucky Promise for a new generation of students and for the Commonwealth."

President Capilouto's PowerPoint presentation made at the forum can been accessed here: http://www.uky.edu/President/University_Forum_11-5-12_slides.pdf.