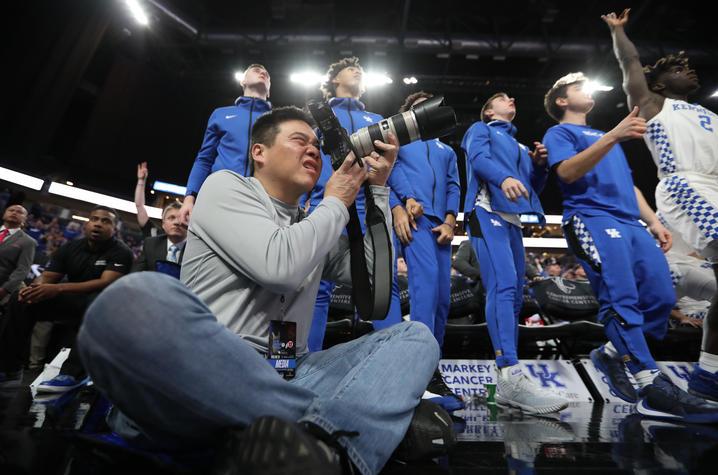 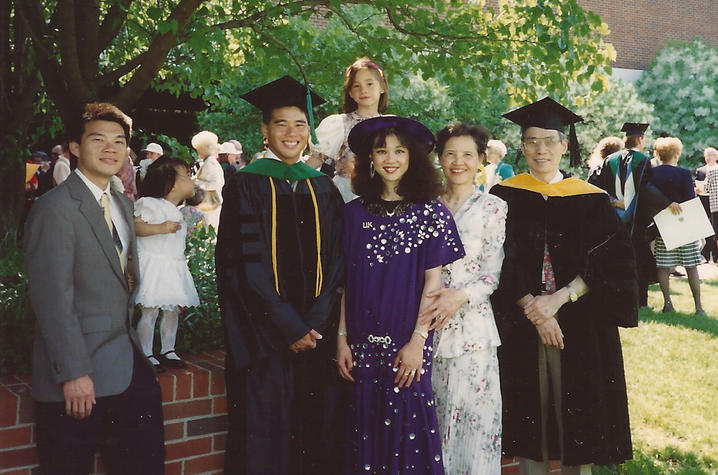 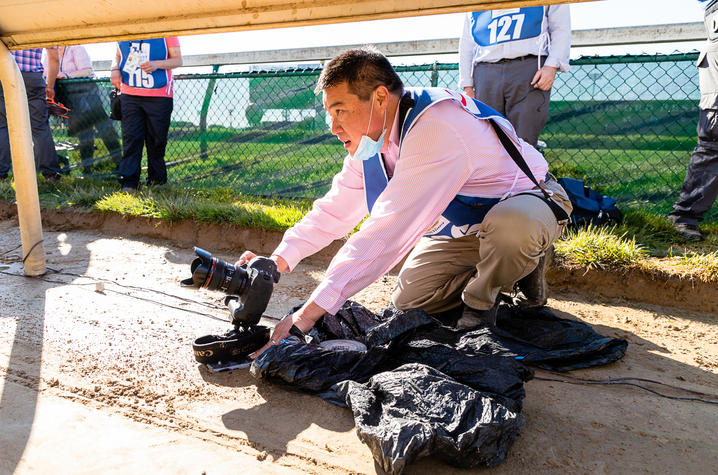 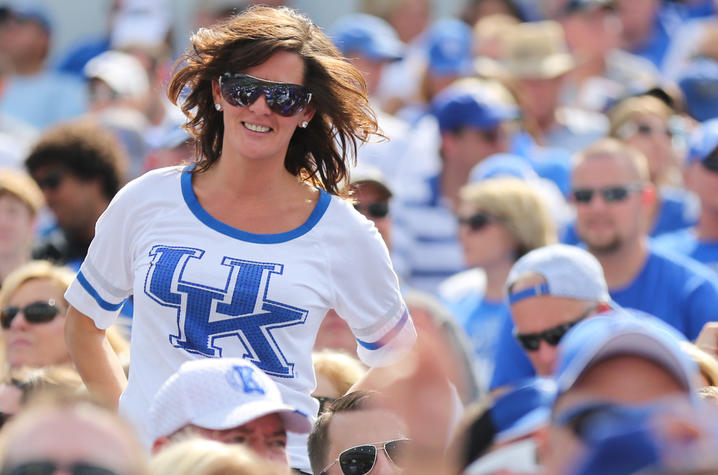 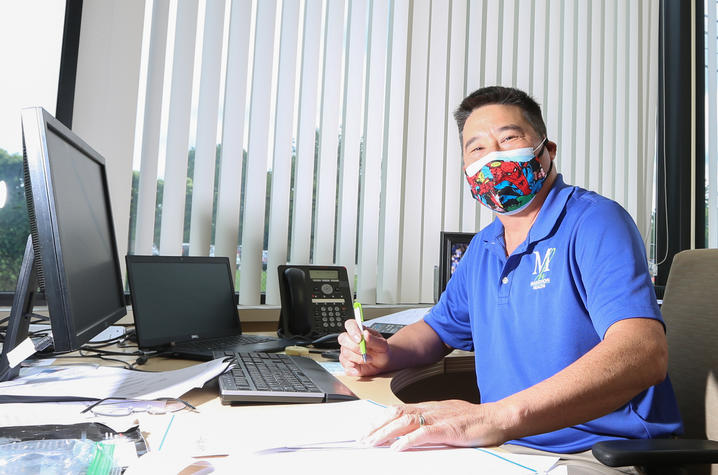 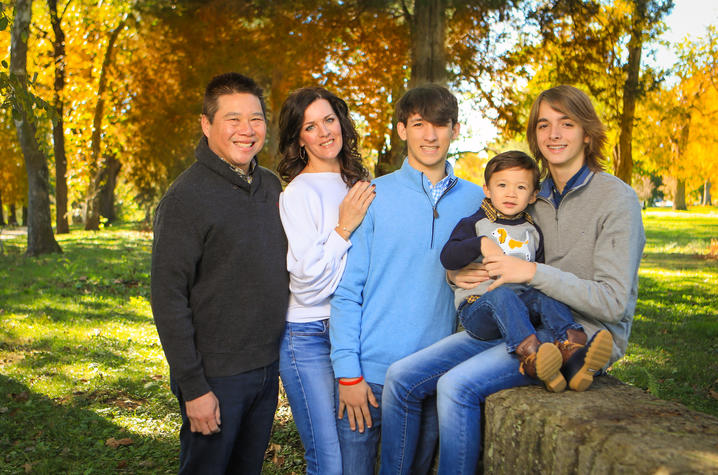 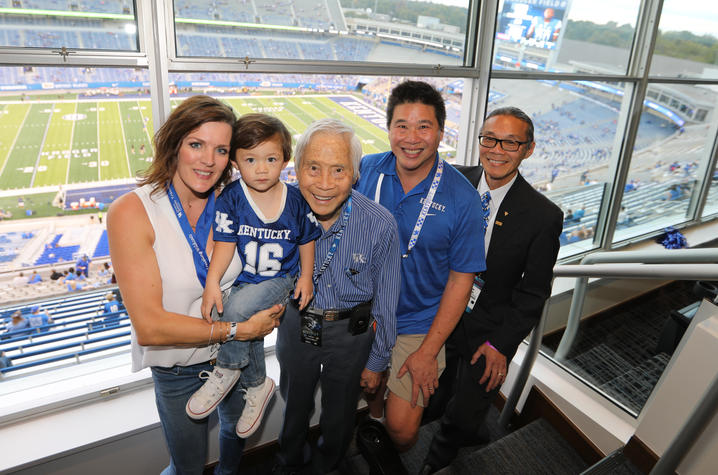 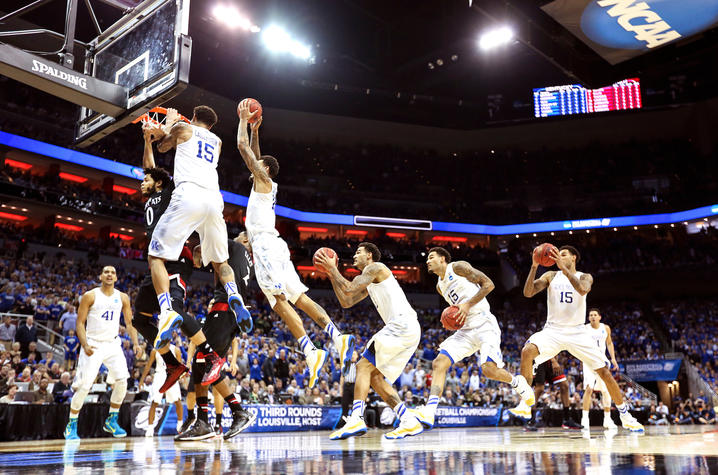 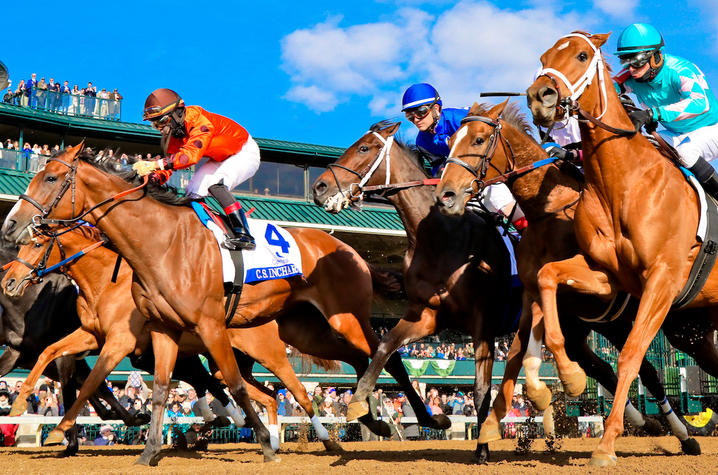 LEXINGTON, Ky. (July 15, 2021) — If you ever meet Michael Huang, chances are you’ll see him with a stethoscope hanging around his neck, or a camera strap. Either way, you’ve met Dr. Michael Huang, Lexington physician, or Dr. Mike, well-known, freelance photographer about town. One man, multiple interests, but his passion for providing quality health care to patients is matched only by his love of photographing iconic scenes from life around the Bluegrass.

Huang’s connections to the Lexington community, and particularly to the University of Kentucky, run deep. On first impression, you can’t help but notice his big smile and upbeat, energetic personality. One could argue, however, that the most intriguing thing about Huang are the many titles he holds in both his personal and professional life: husband, father, son, brother, physician, educator, UK alumnus, rabid UK sports fan, community activist and photographer.

Huang’s love for UK began at a very early age when his family, first-generation Chinese immigrants, moved from Taiwan to the United States in 1961. Yang “Pete” Huang had a distinguished career in civil engineering and held many professional positions in both China and the U.S. He married nurse-midwife Jane Huang in 1955 and soon their family in Taiwan grew to include their first child Mary, followed by son John. By the time the family moved to the U.S. and Pete Huang had joined the UK Department of Civil Engineering faculty in 1967, Michael, the youngest of their three children, was born in Lexington.

Huang was an exemplary student at Lexington’s Henry Clay High School and throughout his academic career at UK. He was taught very early in life to value the importance of education.

“I had a very strict upbringing and I remember coming home from school and all my friends were outside riding bikes and playing basketball, but my mother wouldn’t let me  go out until I completed my Chinese lessons,” he said. “I appreciate that now because I can speak the language well enough to communicate!”

Early in Michael Huang’s life, he became captivated with Kentucky basketball and football, and some of his fondest memories involve the family gathering around a radio to listen to Cawood Ledford’s call of the games. UK basketball has particularly held a special place in Huang’s heart, and his memories are vivid as he can still, many years later, recall many details and all the players from games he attended as a UK student, including the 1992 Elite Eight heartbreaker against Duke, and the 1993 Final Four. It was his growing love of UK sports that drives his current day passion for photography.

While UK sports were a huge interest for Huang, science dominated his academic life at UK.

“When it came time to apply for college, I had no doubt that I would attend UK,” Huang said. “I was ecstatic to receive one of the inaugural Otis A. Singletary Scholarships, the most prestigious undergraduate scholarships ever offered at UK, making my decision even easier.”

He graduated with high distinction with a bachelor's degree in chemistry and minor in biology and was awarded the Otis A Singletary Award as Outstanding Senior Male in 1989. From there, it was on to medical school. Huang knew he wanted to become a doctor because he had always been fascinated with science and healing.

Again, Huang graduated with high distinction from the UK College of Medicine in 1993. Although he completed his internal medicine residency at Vanderbilt University, his deep love of UK lured him back to Kentucky where he joined the faculty at the UK College of Medicine. For the next 17 years, he poured his heart and soul into caring for his patients as he built his primary care practice and helped educate the next generation of health care professionals in the state.

He attained the rank of associate professor and became medical director of the Kentucky Clinic South primary care practice. In 2013, after much deliberation, he accepted his current position as medical director for Marathon Health, where he runs the clinic providing health care for the Lexington-Fayette Urban County Government employees and their families.

Huang remains closely connected to UK through the Alumni Association. As a life member, he has served on the board of directors for UK’s Fayette County Alumni Club, the National Alumni Association Board, and has chaired numerous committees. Of course, his love of UK basketball and football never wavered and neither did his love of photography.

He recalls striking up a conversation with Sigma Chi fraternity brother and local sports broadcaster Larry Glover about the Southeastern Conference tournament.

“I was a little bitter that I was sitting high up in the rafters while Larry got to sit on the floor where all the action was taking place,” Huang laughingly reminisces. “I told him I needed to be his website photographer! When it actually happened, I went to Murphy’s Camera and purchased my first professional camera.

“I had little clue about aperture or shutter speeds, but the more pictures I took, the more I learned,” Huang said. “My love of UK drove my passion to produce better pictures that fans like me would treasure, so I worked really hard at learning photography.”

Huang was credentialed for UK sports in 2010 and began his journey of taking some of the most vivid and compelling photos of Big Blue Nation basketball and football. His subject matter grew, and he is equally well known for his action shots of horse racing, particularly, the Kentucky Derby. His photos have been published in The New York Times, Tops in Lexington Magazine, Cats Pause and Kentucky Alumni Magazine, and he is currently the primary photographer for Kentucky Sports Radio.

The Photo That Led to a Marriage Proposal

Huang met his wife Michelle in 2013 when a mutual friend introduced them at a Thursday Night Live outdoor social event in Lexington. Although they hit it off and exchanged numbers, they didn’t see each other again until Michelle attended a UK football game with her parents later that year. She knew he was a doctor but had no idea he was a photographer when she spotted him on the sidelines with a big camera. She texted him and asked if he was at the game taking pictures. He said yes and asked her to stand up. He took a beautiful picture of her and tagged her on Facebook, which soon went viral among their friends.

“We met for dinner a few nights later and really hit it off,” Michelle Huang says in her blog. “The rest is history. I found my husband because of a picture he took of me at a UK football game!”

The Huangs were married in 2014 and their son Gabriel was born in 2015, joining his stepbrothers Grayson and Griffin Shively.

Michael Huang says he has a deep love and appreciation for what the university has done for his family. In addition to providing his father’s professorship, Huang’s siblings also graduated from UK. His sister Mary graduated from the UK College of Pharmacy and his brother John, graduated from the UK College of Dentistry. He, his father and his siblings have accumulated 81 total years at UK either as students or faculty. The UK tradition in the Huang family does not end there. Mary’s daughter, Hannah, is also a graduate of the College of Pharmacy and Michael Huang’s son Griffin will enter the chemical engineering program in the fall of 2021.

Supporting the University of Kentucky and his community is very important not only to Michael Huang, but his entire family.

“In order to give back to the place that has given us so much, my father, now 93, has pledged the majority of his estate to establish a $500,000 endowed Huang Family Scholarship Fund,” Huang said.

Michael Huang has the heart of a giver, which is reflected in all areas of his life: his devotion to his family, his work as a physician, in his photography and in his volunteer activities with the American Heart Association, the Foster Care Council, the Living Arts and Science Center and United Way of the Bluegrass. His family, his community and UK are huge parts of his heart and his life.

“Everything I’ve accomplished goes back to my parents, who sacrificed so much to provide a better life for us.”

“My life and the University of Kentucky are inextricably intertwined,” Huang said. “Much of what makes me who I am is directly due to the experience with my beloved alma mater.”

This article was made available by the UK Alumni Association and was first published in the Summer 2021 issue of Kentucky Alumni Magazine.