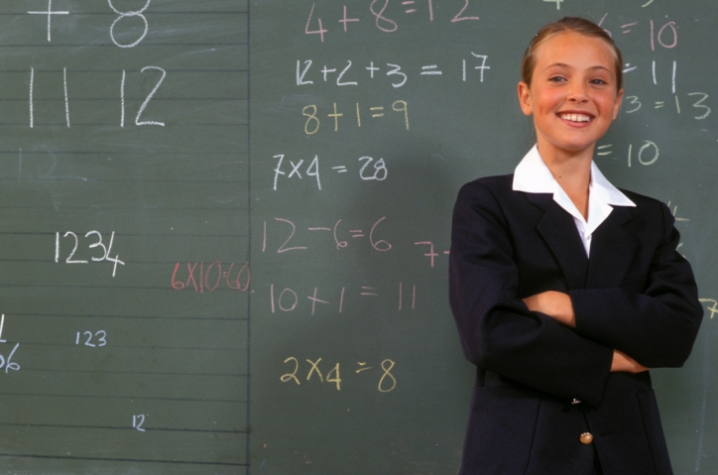 LEXINGTON, Ky., (Aug. 4, 2010) – Recently, a group of middle school girls learned about the math involved in becoming an agricultural entrepreneur during a trip to the University of Kentucky Horticulture Research Farm. Their trip was a part of a UK Math in Agriculture day.

Math in Agriculture was just one day of the three-day UK event called Math Across Campus, which promoted the importance of math and math-related careers to girls. During the other two days, the girls learned about the math involved in sports and cell phone technology.

“When planning this program, we tried to select topics that the girls would be interested in, but not necessarily think they need math to do,” said Carol Hanley, director of engagement for the Tracy Farmer Institute for Sustainability and the Environment in the UK College of Agriculture.

In addition to the college, other collaborators included UK’s Department of Kinesiology and Health Promotion and Department of Mathematics. It also was a part of the Kentucky Girls’ Science, Engineering, Technology and Mathematics (STEM) Collaborative, which seeks to introduce girls to careers in those fields.

Members of the UK Department of Mathematics served as mentors to the girls, and organized the mathematics and cell phones program.

“I volunteered because I like the idea of getting girls to enjoy math more,” said Alisha Kuhl-Childers, UK junior mathematics major from Lexington. “I really like watching the girls’ excitement build.”

During their farm visit, Mark Williams, UK associate professor in horticulture, taught them how to use conversions to determine the water to pesticide ratio and calculate the amount of fertilizer needed. He also discussed current UK farm projects and research and took them on a tour of some tomato research plots. At the plots, they gleaned information to help them estimate how many tomato plants could grow on one acre and how many tomatoes those plants could produce.

Once they returned to the classroom, they learned about acre dimensions and then used all of these figures to determine the amount of money they would need to start a small, tomato production business.

“Their calculated costs were more than predicted for most of the girls, but for a few, the costs were lower,” said Brian Radcliffe, a program instructor for the Tracy Farmer Institute, who helped the girls with the problems. “This day was really about learning how to make all different kinds of mathematical conversions.”