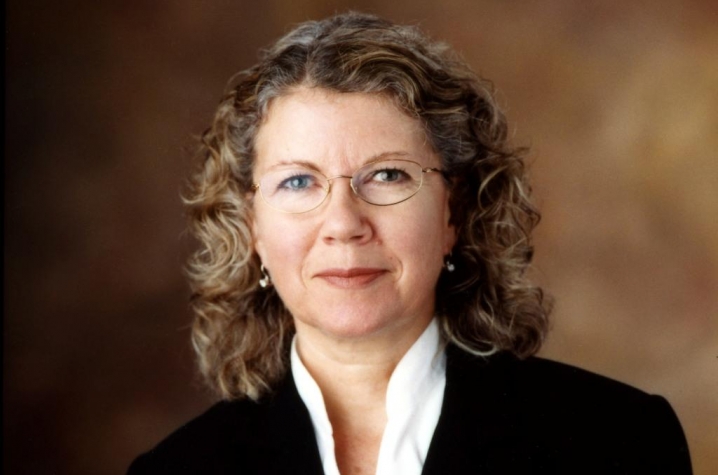 As an example of the power of higher education and potential for collaboration across disciplines, Buel is an advocate for female victims of abuse at home and abroad. The nationally renowned expert on domestic abuse and human trafficking is a survivor herself.

The University of Kentucky's Center for Research on Violence Against Women, and its partners, the Department of Gender and Women’s Studies and the College of Law, have invited Buel, Director of the Diane Halle Center for Family Justice at Arizona State University's Sandra Day O’Conner College of Law, to present the first of its Spring 2011 Invited Lectures Series this spring.

Buel will present "Coercion and Agency in Human Trafficking" from noon-1:30 p.m. in the College of Law Building Courtroom.

According to Carol E. Jordan, Director of UK's Center for Research on Violence Against Women, Buel will speak to some of the legal issues associated with international human trafficking.

"Sarah has become a national expert on the legal dimensions of domestic abuse generally and the growing practice of international human trafficking specifically," explained Jordan. "Her talk will draw scholars from across the legal and behavioral science disciplines, as well as advocates from across Kentucky who work with victims of trafficking.”

Buel, who NBC has called one of the five most inspiring women in America, has worked for more than 30 years with battered women and children. While she was a law student, Buel founded the Harvard Battered Women’s Advocacy Project, the Harvard Women in Prison Project and the Harvard Children and Family Rights Project.

She was a prosecutor for six years in Boston and Quincy, Mass. and for 14 years was a clinical professor at the University of Texas School of Law, where she founded and co-directed their Domestic Violence Clinic, co-founded the University of Texas Institute on Domestic Violence and Sexual Assault and served as special counsel for the Texas District and County Attorneys Association.

"I feel very fortunate that Sarah Buel accepted our invitation to come speak at the University of Kentucky. She is a leading legal advocate for women who’ve experienced domestic violence, and her messages on the urgency of tackling issues of violence against women and the need for prevention are also meant for, and reach, those outside the legal system," said gender and women's studies professor Cristina Alcalde. "Her expertise on violence issues cuts across disciplinary lines and should be of interest to individuals from different colleges at UK as well as to community members."

The Center has hosted the spring lecture series since its foundation eight years ago. "Bringing top scholars to UK’s campus to share expertise and provocative research findings is a fundamental part of our interdisciplinary research mission,” said Jordan. "This year we also felt it important to demonstrate the international dimensions of human trafficking. Importantly, we must acknowledge that the problem of violence against women is not confined within our nation’s borders.”

As a result, this year's lecture series is titled "Violence Against Women: A Global Crisis and Global Response," focuses on international issues in violence against women.

"The sex trafficking of girls and women is increasingly drawing the attention of government officials and women’s advocates," said Jordan. "Researchers have a critical role to play in this area by documenting its prevalence and detailing its impacts. Our role will help put a face on this disastrous form of victimization."

The series concentration on international issues aligns itself with the growing internationalization effort on UK's campus as well. "This fits well into university's overall mission, as we strive to understand countries outside of our own," said Jordan.

Upcoming lectures series speakers include Jay Silverman, Harvard professor of society, human development and health, who will discuss "Adolescent Female Sex Workers: Invisibility, Violence, Risk and HIV" on March 3; Boston University public health professor Anita Raj, who will discuss "Child Marriage, Spousal Violence and Abuse from In-Laws: Intersecting Gendered Oppression of Women and Girls in India" on March 10; and Barbara Hogan, former Minister of Health of South Africa, who will discuss "South Africa and Kentucky: Revolutionizing Life and Society" on April 14. Hogan's lecture is also a part of the year-long South Africa initiative coordinated by the College of Arts and Sciences.