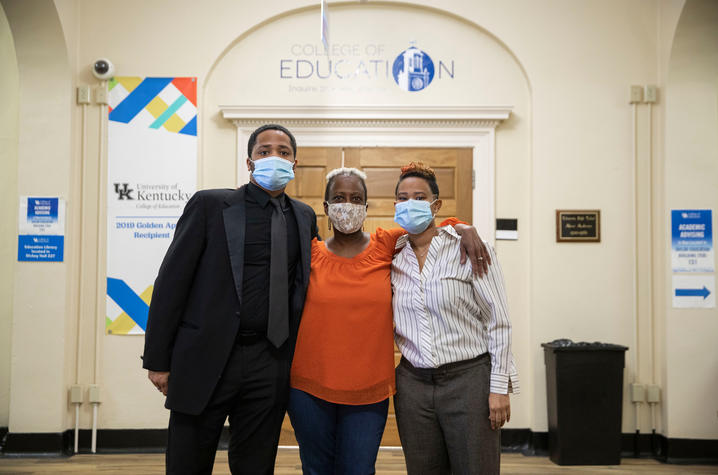 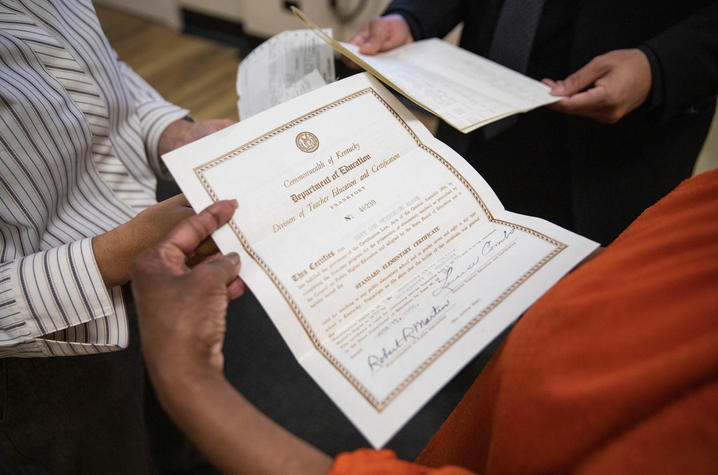 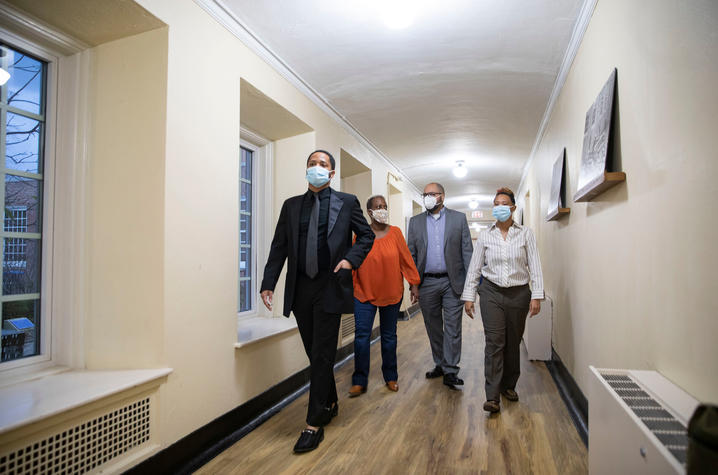 But how can one create a legacy?

To put it simply, a legacy is passed from one generation to the next and often refers to gifts of money or property. But leaving a lasting impact is about actions — the ones you take and the way they affect how people remember you.

“When I looked at her, I saw a hero — like she was some type of superstar,” said Taylor Morton.

As children, our heroes were often the classic characters we enviously watched on Saturday morning cartoons. But for as long as they can remember, twins Taylor and Tyler Morton’s version of a hero was far more realistic.

“My grandmother knocked down barriers and overpowered hate with love,” Tyler said. “Many are unaware of her legacy. She was very humble — she wasn’t one to brag or want recognition.”

To those who didn’t know her, Mary Henderson may have appeared ordinary — a hardworking woman, loving wife and mother, and proud grandmother. But what she accomplished nearly 70 years ago was quite extraordinary.

Her family wants to make sure that story doesn’t go untold.

It was the summer of 1949, and when it came to work, Black women in the South often had two options — domestic service or agriculture.

“Both meant arduous labor for tiny paychecks. Most Black men didn’t make much more, and Black women’s paid labor was necessary to most families,” explained Anastasia Curwood, director of African American and Africana Studies at the University of Kentucky. “However, for a subset of Black women, entering the teaching profession was an avenue to higher wages.”

While it was an era of segregated schools, there were teaching jobs available to Black women. Those who pursued those opportunities would have been educated at historically Black colleges.

Henderson dared to dream bigger than the barriers placed in front of her, so she didn’t stop at one degree.

As a result of Lyman T. Johnson’s lawsuit, the University of Kentucky had started the integration process that same year. Henderson became one of more than 30 Black students to enroll in classes that summer — all of which were graduate students. (UK wasn’t open to Black undergraduates until five years later in 1954.)

In 1950, Henderson did the unprecedented — earned her master’s degree from the College of Education and became the first Black student to graduate from UK.

“By being the first Black woman to seek her degree at the formerly segregated UK, Henderson was a barrier-breaker and path-paver,” Curwood said. “She made it possible for the thousands of Black women who have been educated here since.”

It was a moment etched in history.

That year, Henderson opened a door that had long been shut — a door her grandchildren Tyler and Taylor would walk through seven decades later.

“She graduated with honors. The same teachers that didn’t want to call on her to speak in class had no choice but to give A’s, because she was so intelligent,” Tyler said. “There is pride in knowing my grandmother paved the way for me to be able to raise my hand in a class where I'm the minority and express my views.”

In the years following graduation, Henderson became a teacher in Cynthiana, Kentucky, then in Lexington. She retired in 1989 but continued to pass her wisdom on to Taylor and Tyler.

“My grandmother was strong, intelligent and vibrant with the sweetest heart. She was my motivation and inspiration,” Tyler added. “I knew I had big shoes to fill if I wanted to follow in her footsteps.”

When it came time for the twins to choose where to attend college, the choice was obvious. “Kentucky has always been home for me,” Taylor said. “My grandmother created a legacy for herself, and I was honored to be able to attend the same school she graduated from.”

Like their grandmother, Taylor and Tyler became official members of the Wildcat family. But they also wanted to forge their own paths.

“I have always wanted to be an advocate for those who may feel voiceless by providing resources, through education or by just being there for support,” Taylor said. “My mother and grandmother were raised to always do what is right. They inspired me to not only be educated but also taught me how to be an advocate for my community.”

Throughout his time at UK, Tyler recalls having to draw on that inspiration, especially as communities and individuals face continued threats of discrimination, marginalization and violence.

“There is a lot of division within society. Growing up I was taught that we’re all neighbors — no matter our race or political affiliation. Unfortunately, the division within America over the last several years resembles division dating back to segregation. The same division my grandmother experienced,” he said. “It's unfortunate that we humans cannot judge individuals based on character and purpose, but on the contrary, judge them based on race and stereotypes.”

Together, Taylor and Tyler decided they would use the knowledge they gained at UK to become catalysts for change.

“I knew if my grandmother could overcome oppression and racism amid being faced with injustice in 1950, that I could graduate in 2021,” Taylor said. “I just had to stick to the values that were instilled in me.”

The pair crossed the commencement stage in May 2021. Equipped with UK degrees and the values their grandmother instilled, they vowed to fight against social injustice.

“My major provided me with key research and analysis regarding issues citizens face in many communities,” Tyler said. “It also provided me with a broad spectrum of ways to help fix the issues highlighted. This made me want to take action.”

Together they founded Resilience Charity Inc. The non-profit seeks to provide resources for low socioeconomic individuals and families within the Lexington community. Most recently, they delivered more than 150 meals to those in need.

“Our purpose is to stem the tide of poverty and lack of education, which will directly lead each family or individual to have a higher chance of reaching a sustainable life,” Taylor added.

We all want to be remembered — to feel that we’ve contributed something to the world.

In December 2021, Henderson passed away at the age of 94. In every sense of the word, she was an educator — a teacher of kindness, equality and resilience.

“I know we say that no one is perfect but, in my eyes, she was the definition of perfect,” Taylor added. “I pray that my brother and I will leave behind a legacy that she is proud of.”