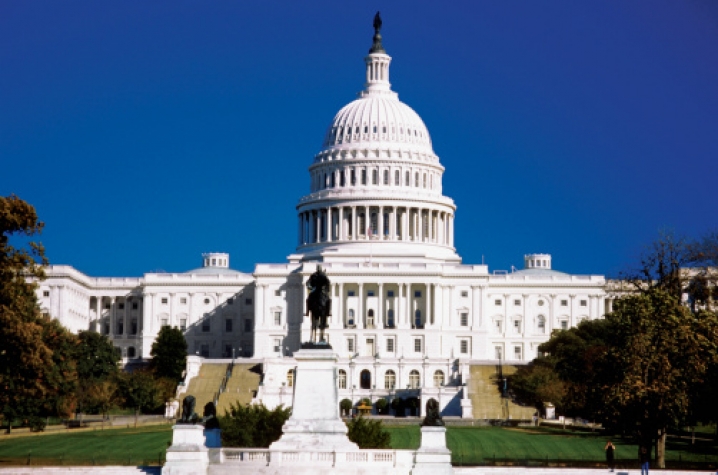 LEXINGTON, Ky. (June 23, 2011) — Fifty-one distinguished university seniors representing every state and the District of Columbia at the Henry Clay Center for Statesmanship Student Congress have released their annual "Threat Index" after a discussion in the Old Capitol in Frankfort yesterday.

These "Gen Y" statesmen ranked the greatest challenges facing their generation as inadequate attention to education, the danger posed by climate change and the threat of terrorism.

"Giving people access to education is key,” said first-generation college student Daryl Yates, who is representing New Mexico. “Education is essential for change; it is the tide that lifts all boats.”

This sentiment was echoed by David Opong-Wadee, a resident of Washington, D.C., now studying at Grinnell College in Iowa. “A quality public education should be available to all,” he said. Both stressed the importance, at home and abroad, of developing the educational capacity of citizens and their leaders.

“Calls to reduce spending on education have clearly helped propel the need to promote and invest in education to the top of the list for this next generation,” said Ambassador Carey Cavanaugh, Henry Clay board member and Director of University of Kentucky's Patterson School of Diplomacy and International Commerce. “In previous student congresses, this issue was never a concern — a point that should be acknowledged when the students hear from House Speaker John Boehner and Democratic Majority Leader Nancy Pelosi at the close of the congress.”

Boehner and Pelosi will be joined by former House Speakers Jim Wright and Denny Hastert in a session with the students on June 24 that will mark the 200th anniversary of Henry Clay's first becoming Speaker of the House.

Climate change and terrorism were both identified as fundamental long-term challenges. University of Montana student Zachary Brown, while pointing to Kanoa Mayer from Kauai, Hawaii, spoke passionately about the coastal regions and islands that would be consumed by a potential two-meter rise in sea level.

Declaring that “We are the 9/11 generation,” Louisiana State University senior David Jones II, from Baton Rouge, described the horror of coming home from school to watch cartoons only to discover the World Trade Center towers in flames. There was agreement that global threats can only be effectively addressed through an extraordinary level of international engagement and cooperation.

Cavanaugh said that in 2010 the world water crisis was identified as the greatest challenge, an issue tied to both sustainability and climate change. Earlier student congresses singled out instability in the Middle East and the proliferation of nuclear weapons as top concerns.

“While both of those issues remain daunting, the Arab Spring, planned reductions in the number of US forces in Iraq and Afghanistan and progress on arms control appear to have diminished their intensity,” he said.

The Henry Clay Center for Statesmanship convenes the Student Congress in an effort to educate a new generation of leaders in the skills and processes of statesmanship. The conference is held at the University of Kentucky Patterson School of Diplomacy and Transylvania University in Lexington.