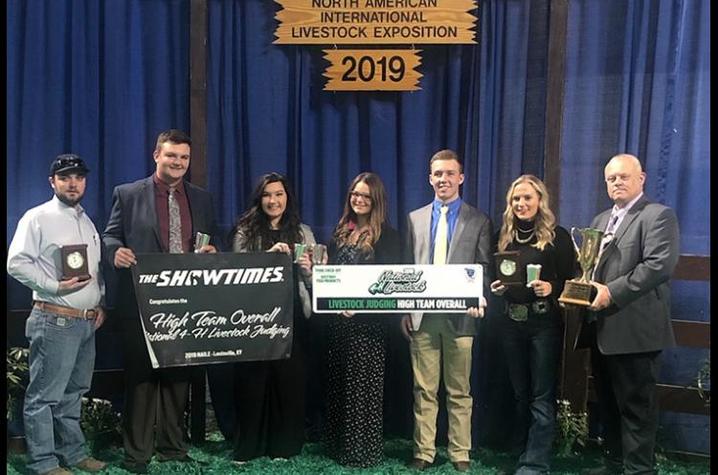 Members of the Kentucky 4-H All-Star Gold Livestock Judging Team are Chevy Vaske of Boone County, Kasey Johnson of Mason County, Lydia Gosney of Pendleton County and Will Banks of Harrison County. They are coached by Steve Austin, extension associate for 4-H Youth Livestock Programs in the UK College of Agriculture, Food and Environment. They are the first team from Kentucky to win the National 4-H Livestock Judging Contest.

“This group has worked as a team this fall to achieve a common goal, and they did it,” Austin said. “Congratulations to them on a job well done.”

The team has been nationally competitive all season. In addition to the national championship, they also placed first in the Keystone International Livestock Exposition in Pennsylvania and the Premier Stockman Livestock Judging Contest in Indiana. They took home third at the AKSARBEN Livestock Exhibition in Nebraska.

As national champions, they are eligible to compete in the 2020 International Livestock Judging Tour held June 17-July 1 during The Royal Highland Show in Scotland and the Irish Republic.