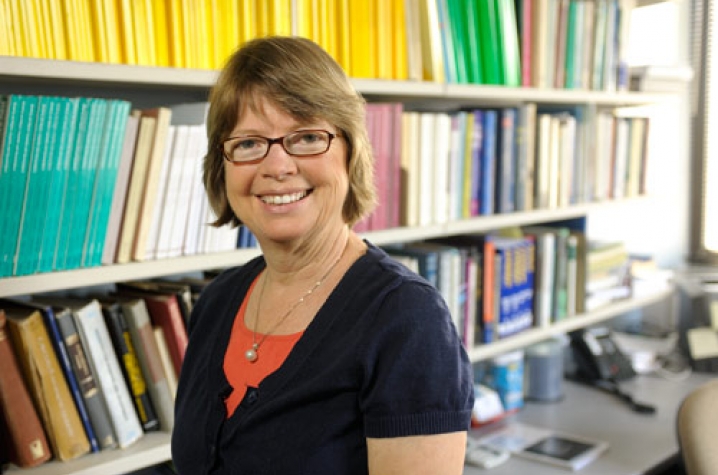 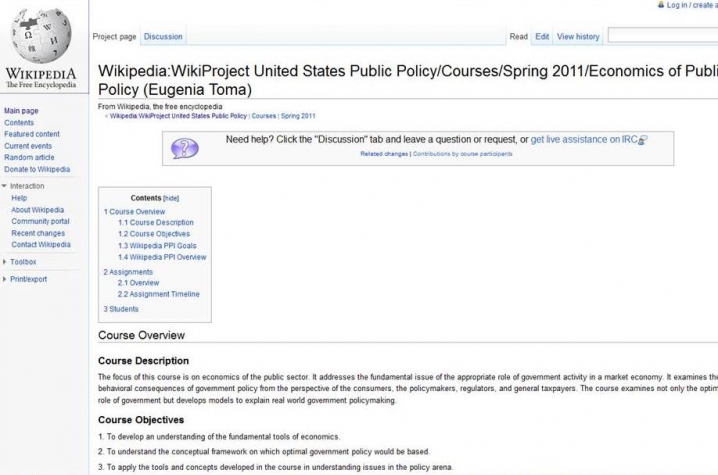 LEXINGTON, Ky. (March 17, 2011) — University of Kentucky Martin School of Public Policy and Administration students are taking their economic wisdom outside the classroom this semester, while Wikipedia gets a U.S. public policy makeover.

Martin School professor Eugenia Toma's Economics in Public Policy course is one of 21 public policy classes around the country that have agreed to help the free encyclopedia systematically improve its public policy content this spring.

"Students are learning a lot about media literacy, assessing sources and practicing neutral points of view through our Public Policy Initiative," said Public Policy Wikimedia Foundation representative LiAnna Davis. "And we are getting an increase in accurate content through student work."

Wikimedia, the nonprofit foundation behind Wikipedia, began the Public Policy Initiative to work with professors at public policy schools on systematically improving the content of the articles on the English language Wikipedia. Participating professors work with their students to improve a stub or create a new article on Wikipedia about a course-related topic.

Toma admits that at first she wasn't sure about the project.

"I thought that everything we could have added to on Wikipedia had already been written," she said. "But I was surprised. There were definitely topics that we could make better."

Toma's class began with editing some of Wikipedia's basic economic definitions, and students are currently working on a project demonstrating the concept of externality in everyday life. Externality is one of the arguments for governmental intervention in private markets.

Toma has been pleased at the examples of externalities that her first year graduate students have come up with and the solutions to the policy problems they present.

"They're all over the place, from externalities in fishing hotspots, to antibiotic overuse," she laughed. "Wikipedia entries really make them think more deeply about the topics we're discussing. They have to present these concepts to the world."

While each student's Wikipedia entries are a part of their final class grade, Toma thinks that her students might be under even more pressure with the entries than for an exam, due to the diverse audience.

Martin School student Tara Bopp will be supplementing Wikipedia's "Driving Under the Influence of Alcohol" entry as an example of a negative externality.

"The entry addresses what a DUI is but it doesn’t explain why the government has interfered with laws prohibiting this behavior," Bopp explained. "Wikipedia's users range from experts in all fields to casual readers. Our challenge has been to explain these concepts with the understanding that some people will want the very technical aspects while some will want an explanation in more lay terms. You really have to understand these concepts in order to explain them to someone with no economics background."

Toma replaced the in-class policy discussion parts of her course with the online economics entries. "In semesters past, the debates were helpful," she said, "but we were debating amongst ourselves. With Wikipedia, we're taking the debate out to the public."

Wikipedia hopes to expand further into higher education, according to Davis, who also organizes on-campus classroom and technological support to ease the transition. "Our goal is to make this a system whereby any professor at any university could incorporate Wikipedia into their curriculum," she said. "We began pilot projects 4-5 years ago, and we keep getting positive feedback."

Toma is impressed with the program and would definitely participate again. "I think that Wikipedia can apply to many types of classes," she said. "For us, economics plays a giant role in thinking about public policy. And you're usually thinking about both sides. These entries are a great practice."