Video courtesy of the Lexington Herald-Leader

LEXINGTON, Ky. (Nov. 9, 2017) — The stereotype that military veterans are war-haunted, depressed or even violent belies the quieter reality that millions of veterans thrive in civilian life.

That's one reason why the University of Kentucky Sports Medicine Research Institute (SMRI) and Team Red, White & Blue joined forces to host OPERATION WILDCAT. Part Amazing Race, part CrossFit Games, the mission objective was to build community by grouping veterans and non-veterans into teams that worked together to complete a simulated military mission.

"The military uses physical activity to build community and leadership," said Kenning, who is an event coordinator for Team RWB and an Air Force veteran. "This is a logical way to extend that to the civilian community and build relationships between veterans and civilians."

As part of Lexington's Week of Valor, about 120 men and women of all ages, athletic abilities and military statuses met at Kroger Field on Tuesday, where they first engaged in team-building exercises and then coordinated efforts to extract a hypothetical downed pilot from enemy territory.

When Lee Morris of the UK Police Department first heard of the event, he leapt at the opportunity to participate.

"If you'd asked me in high school whether I wanted to go into the military I would have laughed at you," said Morris, a reservist with the U.S. Marines. "But then I heard a quote (from Edmund Burke) that said, 'The only thing necessary for the triumph of evil is for good men to do nothing.' And I realized that I wanted to be that guy who was the barrier between good and evil."

Morris is quick to point out how his military service has informed his police work. "People think policing is all about guns and arrests, but community is a larger part of our work.  In the Marines, we learn tactical skills, but are also taught how to listen and how to communicate, which is a critical component of effective teamwork."

When Morris arrived, he was assigned to a team with Walt Bower, Pre-service Training Coordinator at the UK Human Development Institute. Bower, a civilian, is a big fan of partnerships, which he says are an effective way to create meaning through social relationships.

"I saw OPERATION WILDCAT as an opportunity to connect with veterans in a more purposeful way," Bower said. "I wanted to do something more engaging than patting them on the back or watching a parade, and this seemed to be a perfect way to walk with them, side by side."

And side by side was clearly a theme for the exercise, as teams moved "equipment" through enemy "territory" – over hurdles, through "tunnels," and around piles of tires, all while covering each other as military personnel would do in real life.

According to Morris, the exercise was reminiscent of previous military team-building experiences. “Each team member brought something to the table. It didn’t matter if they were first responders, veterans from specific branches of the military or civilians.” he said. “Even though we started out as individuals, by the end of OPERATION WILDCAT we became one."

Perhaps the most memorable part for Morris was after the mission's completion.  In unison, the group completed an extra set of "memorial pushups" to honor the men and women who lost their lives defending their country.

The SMRI, part of UK's College of Health Sciences, is a multidisciplinary research center that studies injury prevention and performance optimization for civilian athletes and the tactical athletes of the U.S. military Special Operations Forces. As such, Operation Wildcat was a natural partnership, according to Nick Heebner, associate director for research at the SMRI and a co-organizer (with Kenning) of the event.

"Our mission at the SMRI is to achieve optimal health through research, performance and wellness services, and community outreach," he said. "By partnering with a Veteran service organization, we were able to provide an event that brought what we have learned over a decade of research within the military to promote physical activity and build camaraderie in our community."

Team RWB is a national organization dedicated to enriching the lives of America's veterans by connecting them to their community through physical and social activity.  Kenning was elated at OPERATION WILDCAT'S success and looks forward to repeating it in some form next year.

"Creating a shared experience that built a foundation for longer term relationships was the mission objective," Kenning said. "In that sense, OP WILDCAT was a success. There were a lot of high fives and laughter at the end.”

Bower came away from the experience with renewed enthusiasm for the work of the U.S. military and a profound sense of connection with people who, just an hour before, were complete strangers.

"Throughout the exercise, I truly felt that someone had my back," he said. "If the goal of this event was to foster communication and teamwork, then mission accomplished." 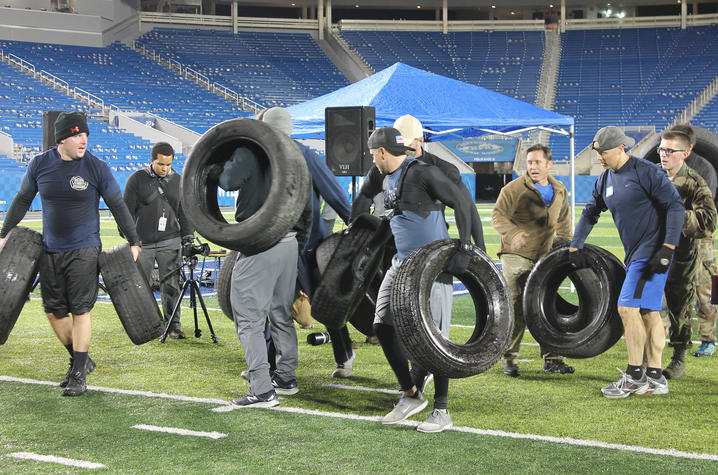 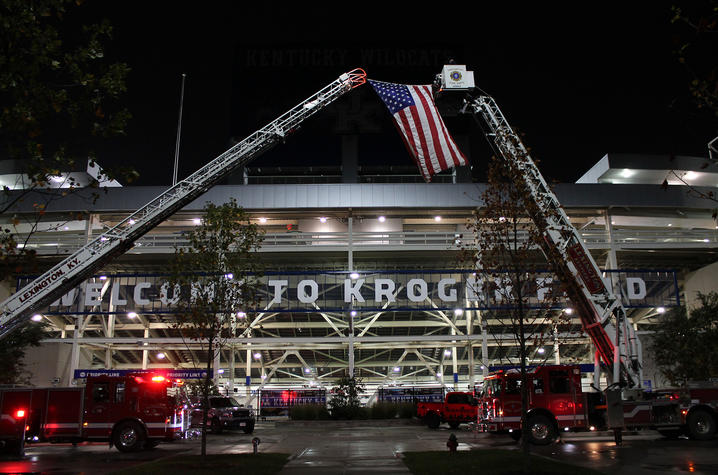 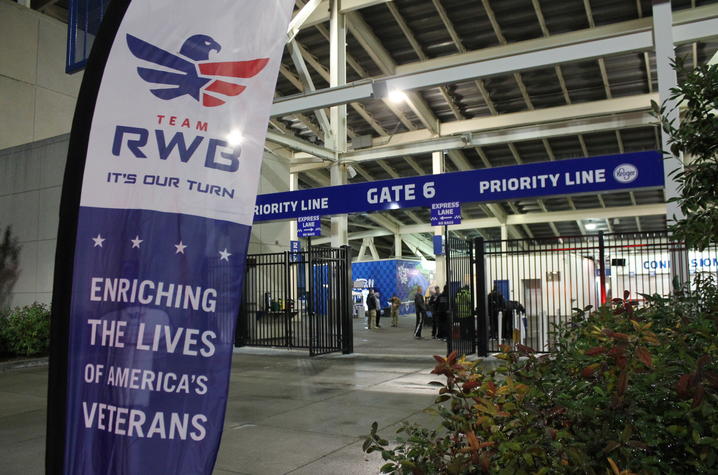