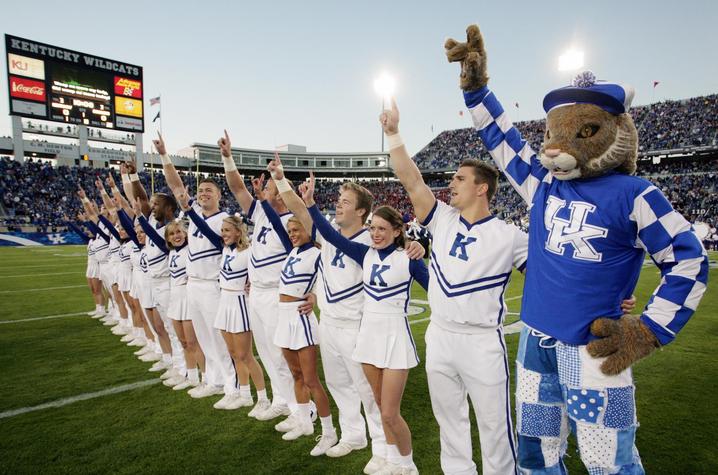 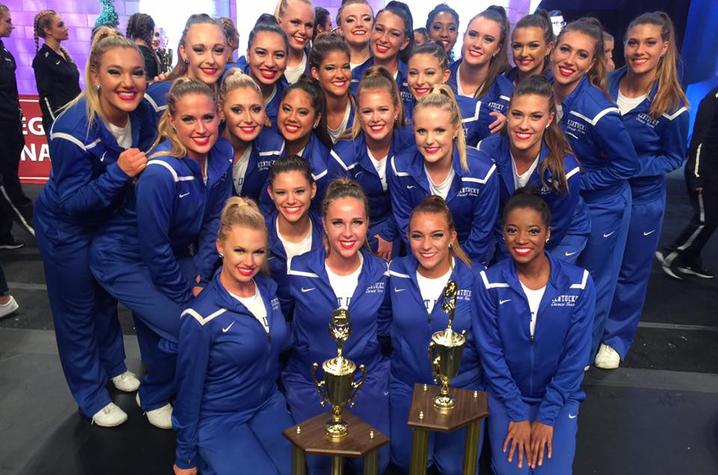 Competing among Division IA Coed squads, the Wildcats claimed the crown with an amazing score, 97.8 out of a possible 100 points. It was a night for Southeastern Conference excellence as Alabama and Ole Miss finished second and third, respectively.

“I couldn’t be happier,” Coach Jomo Thompson said. “Our preparation went very well and we performed at a high level. Our emphasis (leading up to the competition) was doing our best and if we trusted in the process it would lead us to the championship.”

Thompson was gratified by the combination of elements that led to the score, one of the highest ever for the highly accomplished squad.

“This is the highest degree of difficulty we’ve ever had,” the coach said of the team’s competition routine. “We added more acrobatic skills and more handstands, a good blend of cheers and acro. We executed it at a very high level, near perfect, I was very happy about that.”

This year’s win was the second in a row for the Kentucky cheer team. Although Kentucky has won 22 championships in the last 33 years, it is the first back-to-back triumphs since three in a row in 2008-10.

In addition to the cheerleaders' success, UK's dance team also did well at the Universal Dance Association national competition in Orlando. The team took second place in the hip hop and fourth in the pom divisions of competition.

The cheerleaders and dance team will be honored Saturday during the men’s basketball game vs. South Carolina.